Should you go to RTX? 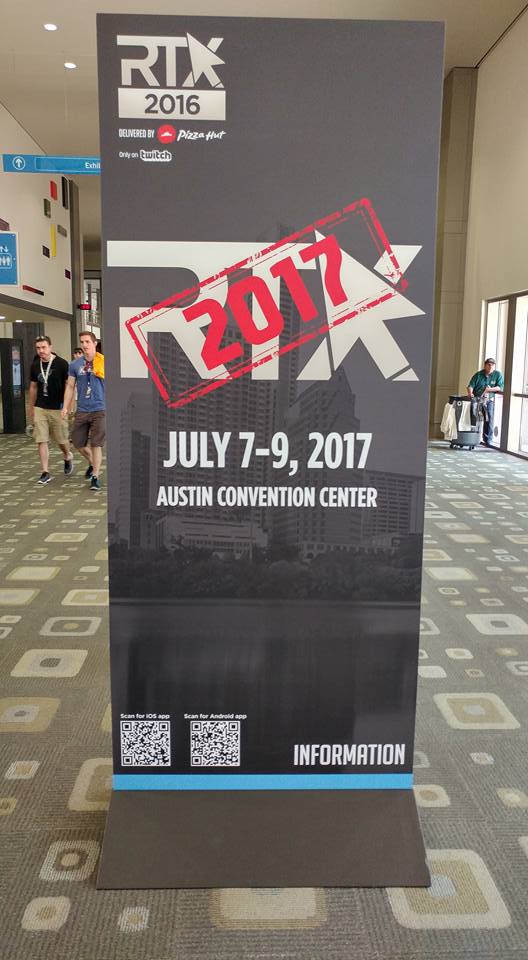 You may be asking, Should I go to RTX? or even, what IS RTX?

Well my little famburgers, by the end of this I hope to answer both those questions for you, allow me to take you on a con drive and build your excitement for July 2017.

Now, I’ve been to my fair share of con’s, both game related and nerd. But none have actually ever made me go WOAH now that’s dope, well at least not till now.

RTX is an annual event which was created by the team over at Rooster Teeth, where fans can connect with other fans to meet, talk and fan out about their favorite Rooster Teeth production, such as the legendary Red VS Blue, RWBY, Funhause, Achievment Hunter and some internet celebrities and personalities such as The Game Grumps, Kinda Funny and Mega 64. It wasn’t until this past year that Rooster Teeth partnered up with SGC, a separate Screw Attack event, to create a massive nerd/internet culture event.

Getting down to the nitty gritty, the event was fantastic! For anyone who is current gen internet fandom/nerdom this event was made for you. I never thought in all my life I would have an opportunity for getting a spot on a panel with The Game Grumps, or a meet and greet for that matter…and here we are at RTX where it’s the easiest thing to do. As long as you know how to balance your schedule properly you’ll be able to see the con floor no problem and have a chance to hit literally every panel you want.

This was a new experience for me, as at events like Pax Prime you have to literally dedicate not only your life force, but an entire day of your life for a panel and/or a meet and greet, so the change of pace was nice and it brought down the stress of the trip ten fold.

Asides from all the gamercentric vendors, which I must say were easily accessible on the floor, and very easy to find; there was a great selection of Indie games from local and country wide devs for you to demo, and even talk to the devs – this came with a beautiful lack of triple AAA games. Now you might be saying “But Steve…triple AAA games are the cat’s meow! Why celebrate the lack of them?”. Well I’m glad you didn’t ask, cause I’m going to tell you why!

In RTX’s current state, it is just like how PAX used to be before it got commercialized and all about the latest and greatest in gaming, and turned into a triple AAA gaming show. I’m not sayin that’s bad, it’s just that’s not what I go for. I love seeing Indie booths, small devs and even local hidden gem vendors. When you have too many triple AAA vendors and game demos the lines go for hours and the little guy never gets the attention, so it was a nice change of pace to see only one Triple AAA booth — Being Halo Wars 2 (Which I won’t lie I played) and after that I dove into Indie alley.

The vendors were all unique to the event, aside from Sanshee, which over my con going years has become a very apparent con essential. They basically cover all the bases for fandoms and nerd needs. One of the booths I was introduced to this past weekend was Filthy Casual, which is a very popular online clothing brand and is local to the Austin area. 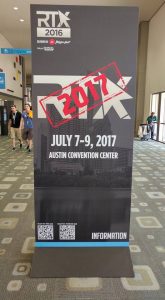 Overall I have to say for the price, destination and people this is a must go to event, I can’t say it enough! If you love anything that the Rooster Teeth family does, want to meet them or just want to meet fellow nerds at a con, this is the one!

Hopefully we’ll see you next July!

Steve Noel is the Deputy Editor for AYBOnline, it’s always High Noon at this desk/