Sharing Virtual Reality Is The Best Part Of My Job 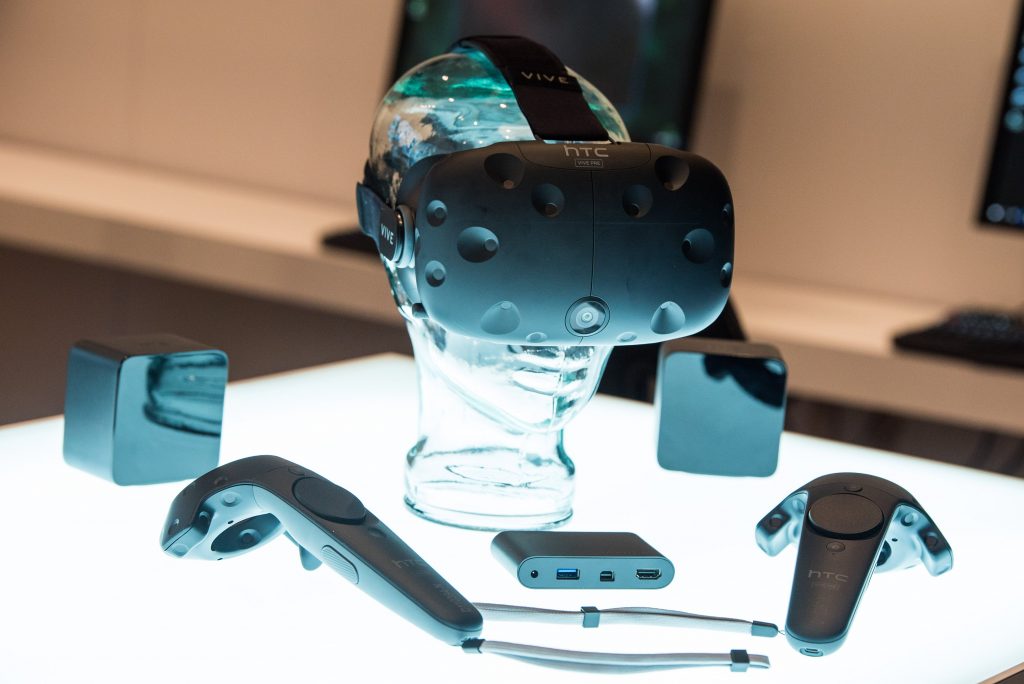 Hey peoples, I’m back! If you didn’t notice (who am I kidding? You didn’t), I’ve been away for the last few weeks. What you may not have known, is that I’ve been unable to write my weekly feature because I’ve been busy reviewing the latest and greatest that technology has to offer. Yup, that’s right! I’ve spent about as much time in virtual reality, as I have in the real world in the last three weeks.

My virtual journey started off with the Oculus Rift. I spent the first week playing games like Lucky’s Tale, AirMech Command and EVE: Gunjack, and trying to keep my lunch down while playing Adr1ft. I can’t really give you a review (you can find my full write-up at Tom’s Hardware) of the hardware here, but I will say that the Rift is wonderful piece of hardware, that either should have been out earlier, or should have been delayed until the Touch controllers are launched.

I say this because of one reason only: The HTC Vive launched eight days later and it blew the socks off of everyone that I’ve shown. People seem to lose interest in the Rift as soon as they are introduced to room-scale VR. Now I’ve been a staunch supporter of virtual reality for a long time and there’s no blemish in my support for the medium. But my opinion is nothing compared to that of those that have had the chance to try out my test hardware.

Take Orion and Pyro, the hosts of our awesome weekly podcast, Level 1 Scrubs, for example. Those two have been vocal about their disbelief that VR would be anything more than a gimmick. They’ve talked about it openly, in public, in private, (Editor’s note: literally any time Kevin walks in the room too) and on the podcast itself. This past Tuesday, when the Vive was actually released and I could openly show it to anyone, I invited Orion and Pyro to see for themselves.

I’m happy to say, both of them took me up on the offer and came over to try out the Rift and the Vive. It took literally seconds for each of them to change their minds forever. Both of them could not believe what they were seeing and experiencing. And they weren’t alone. I had invited far too many people to my small apartment. All told, there were eight of us, including my girlfriend. We all had a blast sharing the VR headsets and watching each other having a great time. It proved to me that virtual reality can be incredibly social.

I have the privilege of being one of the first people in the world to get their hands on modern VR hardware and I feel like it’s somewhat my duty to share it with others. That’s one of the reason’s we’re going to have a Vive demo at BaseLAN 29.5. I want everyone to experience virtual reality, and the lucky people that attend our May event will be among the first of you to get the chance.

We’ll have a few different titles to show off, and on Saturday we’re going to have a small competition on Space Pirate Trainer. This game really shows off what room-scale VR is all about, and it really rewards those with great aim, agility and reflexes. This should be an entertaining event.

Space Pirate Trainer is a first person gallery shooter. You will fight off never ending waves of flying drones that shoot laser pulses at you, which you’ll have to dodge around. If you get hit three times, your run is over and you have to restart. Competitors will have 15 minutes, and unlimited restarts to get their best score. I expect we’ll see some excellent competition.

More than competition, I expect we’ll see some very impressed gamers. I’ve shown this hardware to a dozen or more people, and everyone has been utterly amazed. I can’t wait to amaze dozens and dozens more.

I know I’ve been saying this a long time (and I was a year premature) but the year of VR is finally here, and you really have no idea what you’re in for. Don’t believe the hype. The hype doesn’t even do it justice.