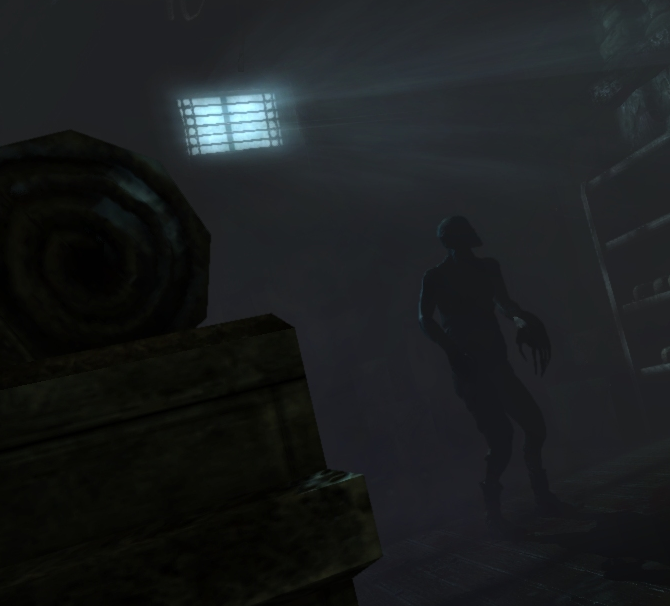 I’ve been trying to write this article for two hours and instead, all I’ve done is watch Jake play Soma.

Personally I hate horror games. Being scared just doesn’t seem appealing to me. I don’t mind watching other people play them though. Another thing is you don’t really need interesting or entertaining gameplay to make the game good. The important factors to make games like Soma or Amnesia good are the storytelling and atmosphere. The genre ends up being more of an interactive movie than a true game. If that’s the game you want to make/play, that’s fine. I just don’t see why you can’t create a game with an awesome story and an amazing atmosphere and still have interesting and amazing gameplay.

Bioshock is an awesome example of a game that tells an amazing story with a very immersive and satisfying atmosphere, and still maintains solid gameplay. Right from the get-go, Rapture is both beautiful and terrifying and as you play through the game, you find yourself in an interesting and engaging story despite only talking to other characters through a radio for a large portion of the game. As the game progresses and you kindly run favours for some new friends, you learn about Rapture and its history and find a deep and rich backstory as well. The whole time, you are playing a tight and innovative shooter with rock solid controls and enough new mechanics to feel fresh and fun. The whole series has ended up being a triumph, and if you haven’t played any of the games, I can’t stress how much all three of them should be played through. Bioshock is a great example of mixing traditional gameplay with an innovative story and setting, but this isn’t the only way to do it and a game doesn’t need to be a huge AAA title in order to succeed in this endeavor.

Sunless Sea is an extremely difficult Rogue-like from Failbetter Games that puts you in charge of a ship on the Underzee, and calling the steampunk and gothic port of Fallen London home. The Underzee changes with every new attempt (trust me: you will die) and every new island you find has a new and unique story, all of which is told simply through text via the captain’s journal recalling his adventures on each island. It’s simple, and yet the writing is intelligent and elegant, luring the player to explore just slightly further to see what is in store on the next island. The gameplay falls right into line with the story, too: a simple yet punishing adventure onto the Underzee, requiring an aspiring captain to manage supplies, fuel, and sanity levels of the crew. The simple gameplay doesn’t make the game boring either as the mass of 9/10 and 10/10 reviews will attest. Simply put: go play Sunless Sea.

Atmosphere is a tool. It can make a good game amazing or a boring game interesting, but doesn’t need to be in every game. CS:GO or Dota don’t much benefit from an engrossing atmosphere or story. In fact, an argument could be made that atmosphere is a tool for the casuals, meant to make your silly single player games seem much more interesting than they deserve to be. A dirty trick for certain, but I guess if that’s the case, you can call me tricked.