Rocketeer, the Studious – A Rocket League Player’s Preparations for the Championship Series 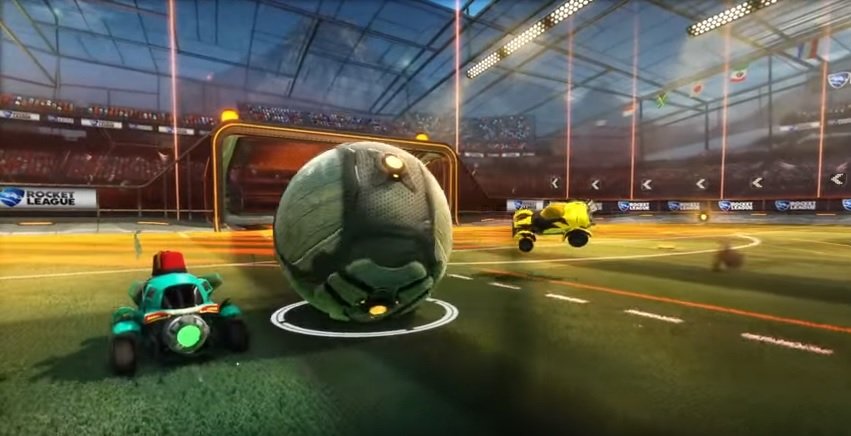 6115 teams, three months, one winner. April 30 marks the beginning of the inaugural official Rocket League season, scheduled to last three months. It’s double-humiliation format (two losses and you’re out!), and a total of $75,000 is up for grabs.

When Rocket League dropped on PS Plus last year I was instantly hooked. I knew immediately it would take off as an eSport. It’s perfect: games are short, exciting, and easy to follow.

The first few times I played it I was struck by how similar it is to real soccer. It’s car soccer, sure, but the strategy and mindset is so much like the real sport, even though there are only two to eight players at a time and you’re using rocket-engines.

What was really familiar to me was the feeling of lining up a header. I’m a terrible soccer player, particularly in the air, and that seems to have translated over to Rocket League. Opponents were knocking in goals from up high, uncontested, and it got me thinking that like soccer, as you get better the more the game is played in the air — but I was wrong. Wrong about soccer, too, in fact.

I studied. I started to pay attention to the positional mistakes I was making, started piecing together the plays that always put me in a disadvantage, and I started watching the pros.

But I needed to delve deeper. The positioning, particularly the cycling and covering for each other, reminded me so much of soccer I decided to seek the advice of the technical programs coordinator at Manitoba Soccer, Paul Thompson. By the second question, he’d opened my eyes:

“Am I right in that as (soccer) gets to higher and higher levels, more of it is being played in the air?” I asked.

“No. I would say the opposite. Depending on where you play, but I mean if you watch the Champions League for example, you watch international football like World Cup, the ball’s on the ground for the most part. Especially if one team’s better than the other team then the ball’s on the ground just being passed around while the other team’s defending a lot,” said Thompson.

Good God. Of course. Use the air when you have to, otherwise maintain possession and control. Then I realized: in Rocket League it’s not about being good in the air it’s about being first to the ball. That’s especially true with the boosts you pick up. If you’ve got boost and the opponent doesn’t, just hit the ball away from them and you’ve got control, an observation confirmed while watching Randy Gibbons’ Spud2Stud videos.

Don’t let me mislead you. Being able to hit an aerial is still an important skill to have, but there’s plenty more going on than that. In both soccer and Rocket League, you’ve got to know what’s going on around you. Bashing your teammates can be fatal, and knowing when to leave an aerial because an opponent is already on top of it will give you a better chance at saving it.

“The best players are fully aware of all their surroundings I would say… the distances between players, the velocity, the flight of the ball, the spin or texture of the ball, right? And then timing out how you’re going to jump with probably an opponent right around you,” said Thompson, while we were discussing headers.

Of course, unlike soccer, in Rocket League you don’t have to worry about someone else jumping up and sticking an elbow in your face. 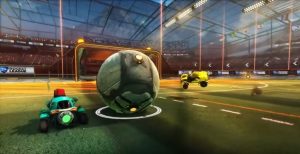 As for dribbling and jockeying, if someone has the ball and is coming at you, don’t bite. Talking footie, Thompson summed it up:

“If they’re running at you full speed with the ball, manipulating it, if you try to step in, that’s kind of what they’re waiting for because you’re running one way, they’re running the other way. If you lean your body forward the opposite way then you’re going to have no chance. So once a player gets control of the ball, then it’s time to definitely be cautious about how you proceed pressuring.”

Personally, I think the best way to learn is by playing solo duels. A few hard losses and you’ll begin to appreciate when it makes sense to attack and when it’s best to hold off.

I’m beginning to realize I wrote this for my own benefit. I fill my mind now so that it may be empty during competition. The ball will not be hit by me but through me. I am in the zone. Let the season begin.