Rock On for Loot and Glory in Super Dungeon Bros. Beta 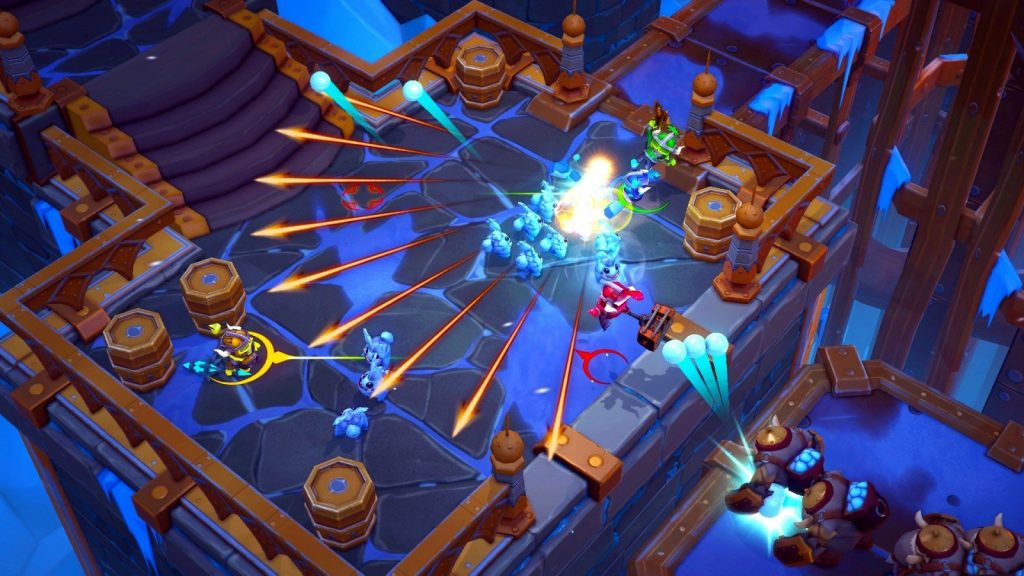 Well, look at you, computer gamers. You get an early look at Super Dungeon Bros.

Closed beta begins today (with more info here); open beta launches on Steam October 21st and runs until the 24th. Those who don’t get in on one of these will have to wait for the worldwide launch on November 1st.

For the unfamiliar, Super Dungeon Bros. is a rock-themed action-rpg dungeon brawler.

Waaaaaaaaaaaa! Super Dungeon Bros. is about four heavy metal heroes who, like all metalheads, are on a quest from the God of Rock: navigate the gnarly realm of Rökheim, seek out epic loot, and vanquish hordes of evil undead. Rökheim consists of three different worlds: Cryptheim, Chillheim, and Bogheim. Rooms are randomly generated, and Wired Productions says there are near-endless dungeon combinations. It looks very much in the vein of that Gauntlet game offered free on PS Plus not so long ago (Slayer Edition).

The game is described as “multiplayer-centric,” though it has a single player mode. The closed beta will allow players to test out both single and multiplayer. When the open beta comes around, it will be fully online and offering four-player co-op matchmaking with other beta participants. The full game can be played couch co-op as well as online. Players choose between Axl, Lars, Freddie, and Ozzie (But you can’t be Freddie because I refuse to be anyone but Freddie).

Super Dungeon Bros. is developed by React Games, published by Wired Productions, and the physical retail distribution will be covered by THQ Nordic. It’s releasing on PS4, Xbox One, PC, and Steam, in digital and physical formats November 1st. For more news on the game leading up to launch, you can follow it on Facebook and Twitter.