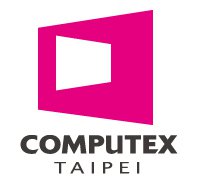 It’s Saturday! Normally, or, umm… the plan is supposed to be – yeah, that’s it! – that today is review day. The slot where I bring you guys an interesting product to read about, which I’ve had the opportunity to play with at length. In absence of that, I’d be writing something about VR, be it a new product annoucement, or a new emerging trend. However this week was Computex, so I have a better plan. I’m using my space to do a roundup of all the interesting and downright amazing things that were shown off at the hardware geeks’ version of E3.

Computex is where all the big launches happen. Most people think that’s CES, but in reality, when it comes to computer hardware, that show really doesn’t have that much. Computex, in Taipei is where you go to see the newest innovation, and this year there was plenty.

New Monitors And A Crazy Computer

Kicking off Computex, Asus had their annual press show, with much to see. There was a set of brand-new ROG G-Sync displays; ROG Swift PG279Q is a direct replacement for last year’s Swift model (which we displayed at BaseLAN 27), and probably the most anyone could ever imagine a monitor could be, ROG 3800R features an ultra-wide 3440 x 1440 resolution, and a G-Sync compatible 75hz curved panel. DO WANT.

Powering the display was an insane computer with an intel x99 based board and chip, two brand new Asus GeForce GTX 980 Ti Poseidon cards in SLI, hooked up to a full custom water cooling loop; the tubing of which was made of chrome platted coper pipe. The computer itself was just a complement to the case it was being displayed in though.

In Win Cranked It Up To Eleven!

If you’re familiar with Computex, you may have heard of In Win’s Concept computer cases. Each year the case manufacturer comes out with a new limited edition case that pushes the barriers of case design. With no limitation on final cost, company engineers generally go over the top with these case; often reaching price tags of well over $1000 for just the case. I’d say this one might even triple that.

The H-Tower is absolutely incredible! It doesn’t just look like a transformer, it IS a friggin’ transformer! It’s hard to describe, but essentially it starts off as a tower, but with the press of a button in an app on your smartphone, the whole thing will open up with some sort of motorized system. The side panels don’t open traditionally; they open up from each corner, and fold down separating into 8 pieces. As I said it’s hard to explain, but seeing it in motion explains everything you need to know. Just look at this wondrous contraption!

Somebody’s got some ‘splainin’ to do!

MSI had some very exciting news as well. The company announced a partnership with Tobii Technology to bring eye-tracking to notebook computers. The first prototype of this has been integrated into a GT72 gaming laptop that MSI had on display the event this week.

Linus Tech tips got to see it in person.

The new laptop also features some new technology from Nvidia that got them in a bit of trouble. MSI inadvertently broke NDA agreements by announcing a G-sync display was included with the GT72. Nvidia had not yet had their show, so MSI basically spilled the beans. Several publications were forced to retract the story and wait until the official announcement about G-Sync before reposting.

Speaking of Nvidia, the company finally pulled the covers off of its rumored graphics card. The GTX 980Ti was announced this week and it’s showing some incredible numbers. Titan X owners are surely kicking themselves right now. There’s almost no reason to have a Titan X over a 980Ti unless you have two of them, and three 1440p screens. There’s just nothing making use of 12GB of VRAM right now. 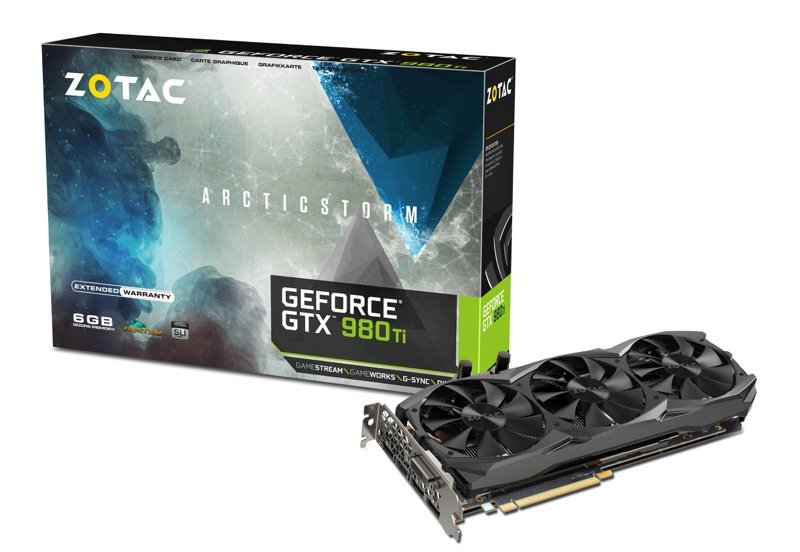 Several board partners announced custom cooled cards such as Zotac’s new hybrid design which incorporates a water block with standard G1/4 threading for standard fittings, and triple fan air cooler into one package. EVGA also launched a different hybrid 980Ti with a closed loop water cooler rather than a block with threads.

AMD surprised the world with its new mobile APU. Carrizo launched on Tuesday and it should change the perception of what a mid-tier laptop can do. The company has tailored the new chip to handle workloads and gaming in ways that you’d never expect for a laptop.

An incredible amount of engineering went into creating this new processor. It’s based on the same 28nm process, but AMD managed to shrink the core by 30%, and increase its performance by 65%, while reducing power draw in the process.

Carrizo is the world’s first HSA 1.0 compliant device. Basically what that means is it’s the first APU that shares the memory between the GPU and CPU cores equally. The graphics and processor have access to all of the system RAM rather than having the memory segregated for each task. This allows developers to utilize the full potential off each core in accelerating their applications. Jave, C++ AMP and Python are natively supported.

The GPU cores in Carrizo are also the most powerful an APU has ever had, capable of running many of the most popular games without the addition of a discrete GPU. CS:GO, DOTA 2 and Starcraft II were used by the company as benchmarks, and each of these games can supposedly be played at 1080p with maxed out settings at or above 30fps. Pretty good for a laptop processor if you ask me.

For a more thourough explanation, you can refer to my full report.

Intel wasn’t sitting back watching this week either. The company revealed Broadwell – basically a die shrink of Haswell from 22nm to 14nm, feature better integrated graphics. The new chips were delayed by nearly 6 months, so motherboards have been on the market for months already, and with a simple BIOS update should support the new processors.

Early reviews of these new processors are showing the i7 5775c performing very close to on par with the the i7 4790k, in normal windows tasks and gaming with a discrete GPU. When the iGPU comes into play, the new chips can as much as double the gaming performance of the former, while pulling 23W less power doing so.

So Much More, But Not For Gamers

There were all sorts of things shown at Computex, but not all of it is really relevant to this audience so I’m going to leave my list at this. Much of the show focused on consumer electronics not relevant to gaming.

This coming week is buisiness as usual, but the following week is E3, so that’s when the fun really starts. Look for our coverage of the event starting next weekend with our podcast. We’ll be reporting all the big news from the live streams so be sure to come back all week to catch all the good stuff.

Kevin Carbotte is a Contributing Editor to aybonline.com.