Red Bull Air Race – The Game: Time To Get Some Wings 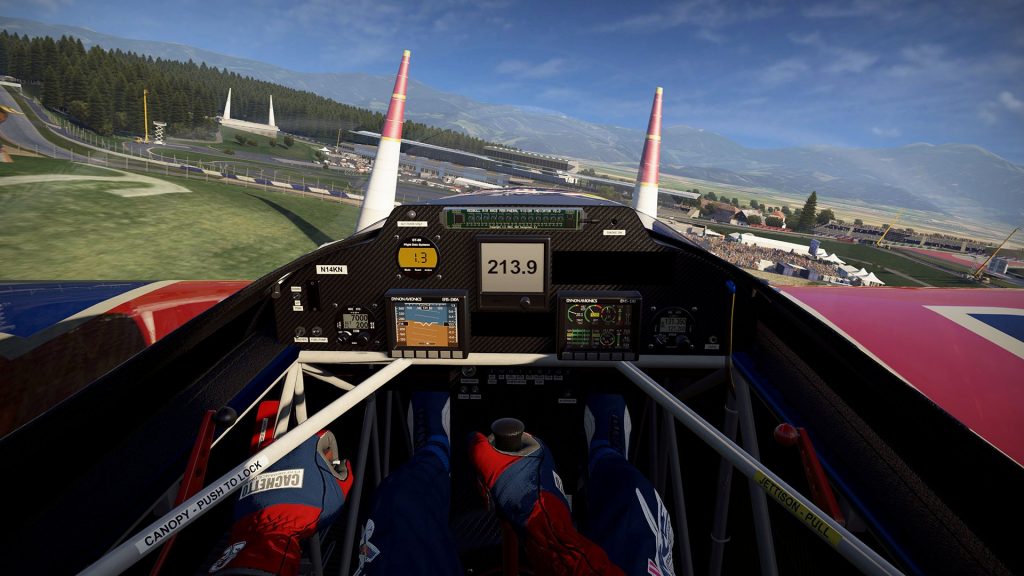 From the makers of Project CARS, Slightly Mad Studios’ latest game is in collaboration with Wing Racers Sports Games, brings to the masses Red Bull Air Race – The Game.

That’s right folks the high flying (get it?), high octane and adrenaline filled sport of Air Racing is hitting PC’s later on this year. The initial release will be in the form of a limited beta during the first half of 2016 then progressively rolled out to move people as time progresses. It’ll be free-to-play too.

For those skeptics out there that want to know, this game will not be blocked by pay walls on the best planes. Instead the Slightly Mad is planning to something a little different: it’s partnering with corporate brands to help fund the game. The downloadable title is trying to distance itself from “pay to win” models that suck the fun out of free-to-play and, instead of annoying gamers with a pay-to-win scheme, is planning to present challenges without any gameplay limitations.

“Right from the start, we developed this project as a cooperative effort with interesting sponsors. As such, it will benefit from the immense draw of the official license and from our versatility to integrate marketing partners,” said Jens Ott, Managing Director at Wing Racers Sports Games. “We’re incredibly excited to be working with Red Bull on this amazing opportunity. We’ve identified a unique business model that’s a win for all involved: fantastic exposure for some of the world’s greatest brands, authentic and ever-changing track dressing just like in real-life motorsports, and a move away from free-to-play’s traditional nickel-and-diming for the players.”

Erich Wolf, Red Bull Air Race General Manager, said, “We are absolutely sure that Esport fans will enjoy the features of our game. It is a fantastic way to bring our sport closer to everybody who doesn’t sit in a race plane every day.” So get ready racing fans, as there is soon to be a new dog in town for some of the most exciting speed based eSports to try and take the crown in!

Running on Slightly Mad’s in-house Madness engine, the game is being built for scalability, virtual reality such as the Oculus Rift and more. Fans of Project CARS can likely expect the same kind of quality, just at a few hundred meters above sea level. Mad Studio’s is also including all race tracks and pilots from the 2016 Red Bull Air World Championship will be included as well.

For those more interested in the sport , here’s a short interview with the 2008 Red Bull Air Race World Champion Hannes Arch.

Quinn Smith is a Contributor for AYBOnline. When he isn’t racing vitrual cars, he’s thinking of how to get to the next check-point. His opinions are his own.