Recursion Deluxe is a puzzle platformer game by Ursa Games a love letter to the platformers of old. Simple, pixelated, and more likely to kill you than a rabid tiger. The game totes a whopping two buttons that aren’t movement keys, and one of them exists to kill yourself and reset the level. The game is a bit like portal with its puzzles, no explanation, just hope you can figure it out and not get too frustrated. 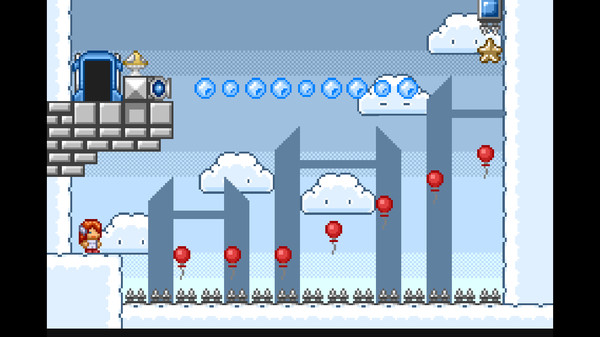 The art style can factor into your ability to understand the game, with certain things like bubbles being a little hard to understand what they are when you first see them. The game clearly wasn’t made to look modern, but the ability to figure out where danger is can become difficult as the screen gets more crowded with enemies, stars (which sadly exist solely for the purpose of a meaningless points system.), and various types of platforms. While the art can be hard to read at points it does its job the majority of the time. The music is very simple with little to no variety in the tracks you so became a little stale as time went on. But you can easily solve to problem by muting the game and putting on some music of your own the background. The puzzles are somehow much more satisfying to complete with Eye Of The Tiger playing in the background, go figure. 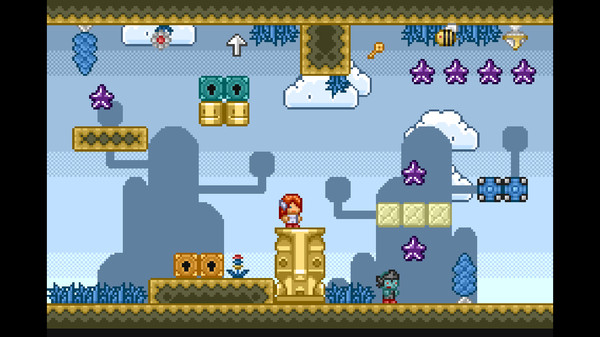 The real meat of the game is definitely the puzzles as they vary wildly from level to level. You’ll get the classic spike challenge, disappearing blocks, and eventually gravity puzzles. Enemies can make a difficult puzzle infuriating as a mere touch from them will kill you, so forget any hopes you could Goomba-stomp your way through them.

Story wise the most I every managed to get from is it is you’ve crash landed on an alien planet (that has zombies and bees everywhere for some reason) and need to escape. It’s hardly War and Peace but if you play platformers looking for a good story you may need to adjust your expectations. Depending on how poor your luck and/or timing while platforming is the game can anywhere from six hours for a pro to twelve hours if you’re really having a bad day (your timing may vary). 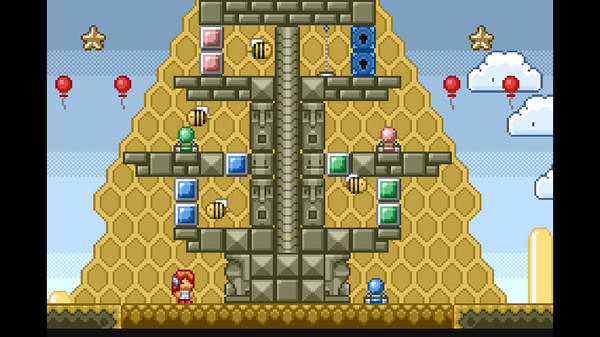 A word to the wise: the game is not very settings heavy. The options are limited to audio sliders and a fullscreen toggle (no borderless windowed option, sorry) so if you’re looking to tweak options or have an unusual setup I can only wish you good luck. This game is nothing if not efficient in where its resources went.

Recursion is a good little platformer, it won’t hold your hand, but it was obviously created with great respect for fans of retro era platformers. This labor of love is short, challenging, and to the point. If you’re a fan of the simpler things in life, like spike pits, zombies that kill you instantly if you touch them, and the kind of puzzle that makes you want to quit gaming forever then this game is for you.

Recursion Deluxe is out now on Steam for Windows, Mac and SteamOS.