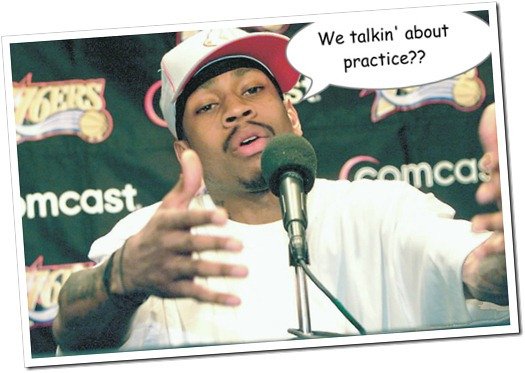 So we’re talking about getting better.

Last week, we talked about the easy stuff. The bread and butter of games. Have strong mechanics, know the meta, and know your match-ups. These things, even though they take a lot of time and practice to master, are easy to learn. Its easy to find information on them and easy to practice, provided you have a strong practice partner. Today, we talk about a few more abstract concepts.

The most frustrating part of some concepts is that they aren’t quantifiable. For example, scouting in StarCraft. It’s easy to say “having four Zerglings get killed with zero kills themselves is a negative.” Obvious, and undeniably true. But what if those zerglings saw the Dark Shrine your opponent is currently warping in? Well, if we were to give those Zerglings a value it’s -100 minerals. However, because we sent them in to die, we now know that we need Overseers and Spore Colonies. Those things will cause us to be ahead in the long run, because we will easily shut down our opponent’s impending Dark Templar.

So how do we assign a value to these scouting tools, and at what point is it worth it? Mathematically, we can compare the cost of the buildings and the units required to do the build versus the cost of the scouting units, plus whatever extra units we would need to defend successfully. Continuing with our current example, it would be: cost of Dark Shrine + cost of however many Dark Templar – (cost of any units they kill versus cost of sacrificed scouting tools) + cost of the Overseers and Spore Colonies we build.

Does this all sound confusing and slightly nonsensical? It is. That’s because we are trying to quantify something that can’t truly be quantified. These are the parts of games that can be the hardest to learn. Knowing when and how to scout is something that can truly only be learned through experience.

Another thing that’s hard to measure is map/stage control. Take Street Fighter for example. Everyone knows that being backed into a corner is worse than being in the middle of the stage, but how much is it worth? If the two resources we have available in Street Fighter are our health and our special meter, how much of either are you willing to sacrifice to move from being backed into a corner to being center stage? Unfortunately, there cannot be a right answer. The correct answer changes from person to person and cannot be measured. While one person might feel more comfortable backed into a corner, the next person might not. Daigo, for example, is more than fine in a corner:

The corresponding concept of stage control in StarCraft would be map presence. Moving forward with our Zerg theme: in Zerg vs. Terran matchups, if both players open standard, neither player really controls the map initially. This changes when Zerg researches Metabolic Boost to give his Zerglings faster movement speed. This technology makes the tier one match-up between Zerg and Terran very Zerg-favoured, essentially locking the Terran player into his base. This will last either until Medivacs or Hellions hit the field for the Terran player.

So how much is that couple minutes of map control worth? If you plan on building Mutalisks and Banelings, well, then the upgrade will benefit you for the rest of the game and is worth acquiring early. But if you want to transition into Roaches and Ravagers, you will get much less use out of the investment.

Again, this is going to come down to player and play style. If in those two or three minutes you can get a third base operational and mining, it was probably worth it. If, when the Terran push rolls in and you wish you had one extra Ravager to kill Siege Tanks, then it probably wasn’t.

So if we’re talking about growing as a player but focusing on concepts that we cannot define, there is only one piece of advice I can give: play. Play the game as much as you can.

After many, many games of StarCraft, I know that I am a late-game Zerg. I plan on beating you with superior macro and decision-making, but I know that my early game and control of small numbers of units is worse. So I make early game concessions to put myself into positions to give myself the greatest chance of winning in the late game.

If you ask any professional player what the biggest thing you need to do to play at that level is, the answer is always play. Not one or two hours a day, but eight or ten. Now, I’m not saying you need to do that in order to grow, but the more time you spend in a game, the better you’ll be. Start with the basics, and after a couple hundred hours I’ll see you on Char, or the fields of justice, or Azeroth, or Final Destination, for a game we can both be proud of.