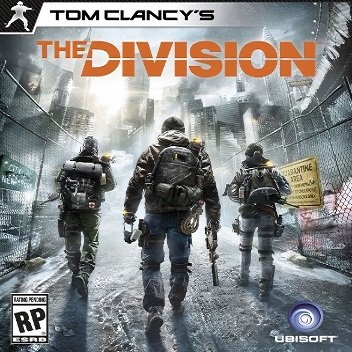 Let’s talk about the really bloated dead elephant in the room. You know, the one that’s been in the corner buried under all of the thrown out copies of No Man’s Sky? It’s been dead for a while (for me, at least). My inner circle of friends don’t talk about it; no one really does. It seems the words spoken of The Division, for most people, doesn’t even trigger an emotional response. The most I seem to get is a half smile, a hand go up like I’m about to get schooled, and then, “what’s The Division again?”
Let’s face it; for whatever reason, The Division is just boring to talk about. It’s easier to go throw rocks at Shawn Murray and No Man’s Sky. At least there we have grounds to work with. Here (without turning this into a One Man’s Lie circle jerk), we’re talking MIA games. To me, The Division just seemingly fell off the radar; everyone lost interest in my circles and, it seems, everyone else’s gaming circles.

I feel like we were all way over-hyped for this game when it was first debuted to us…when was it now? Three years ago at E3? We saw an awesome squad-based game and got all hyped to play with our buddies. We had no idea what The Division was, or what to expect, but the trailers kept us going and the hype kept it all alive. Up to launch, I was straight lit; I couldn’t wait to get on.

Two weeks of playing, setting up camp, and getting a few dope guns, I got bored and forgot my Uplay logins. I never logged in again

So why did Ubisoft lose me as a player? Why did they lose most, if not all, of us?

I invite you to go talk to anyone and bring up a conversation about the best game they played this year. Chances are, they’ll get confused and tell you The Witcher III is game of the year for the second year in a row because people still think it’s 2015; or you’ll be talking about some other gaming marvel like Deus Ex.

What The Division was lacking for all of us was true engagement; not weapon but player engagement. We just didn’t get the content we needed, the patches to fix weapon drops and, God, let’s forget the Dark Zone, for what’s left of my memory of the game. I only recently found out that they’re releasing DLC for the game, and my response simply was, “There’s still a player base willing to pay for content?”

To me, the game was too much at first, and followed up with minimal updates, content, and really late to the game DLC. I felt (and feel free to agree with me), the developers just threw this game out to us, hyped us up for a few years, and then assumed once we had it, we would be happy.

I mean, we’ve all been groomed to expect to be drowned in DLC, day one tier upgrades, etc, etc.

I really feel Ubisoft didn’t do that with us. Like I said, there’s DLC coming out?  So if you’re one of those mystical players that hasn’t forgotten your Uplay logins, you can enjoy the year one of “content that’s somehow been there but no one knows it’s there” trailer:

For those of you still somehow playing, maybe let me know how you’ve managed to hang on this long in the comments below.

Steve Noel is the deputy editor of AYBOnline.