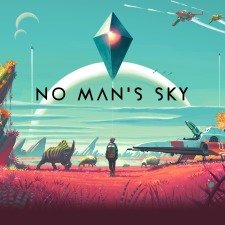 It seems to be a very sensitive subject for a lot of you.

Maybe it’s because you hate being wrong, or because you had so much hope for the most anticipated game of the year and can’t stand seeing it get absolutely destroyed. Or maybe you’re still hurt over the absolute train wreck of a PC port this has been. Maybe you’re even having flash backs to Arkham City and you’re just not ready to deal with reality.
Whatever your defense is of this game, you can’t ignore all the issues and the tell tale signs of a looming, heaping wreck. There are hundreds if not thousands of players out there right now with pending requests for refunds on all platforms from Steam, PSN and even Amazon.
Be wary, however, as Steam on said refunds, gametime must still be within the 2 hour grace period. The game already has a traumatic launch, so be ethical with this. No need to abuse the system and demand a refund for a game 80 hrs played. Some members of the community, of course, have expressed their discontent with Steam directly, and some have filed complaints with the Federal Trade Commission for false advertisement of a product and service.
It could be you’re one of the many players on PC reporting crashing. This clearly was not a stable PC Port. As Total Biscuit said, “This is Arkham City levels of bad”. Or maybe you’re a PS4 owner whose console, as well, is crashing. This game wasn’t only a failed PC port, but a failed delivery on console as well.

Not only as gamers but as consumers,  we can’t ignore the facts here on the table. Are we really going to allow stuff like this to happen? We’ve been delivered a game with way too many bugs at launch, broken promises and misleading game features. This is a constant in the industry and needs to stop. Too often games are rushed and not finished. We’re delivered games barely passable for beta builds.
How many games are we going to allow to be released as total train wrecks before we finally say “enough”? This is a big step forward in the right direction, since the game simply was just not done. They should have done the right thing and delayed it more to give us a properly-finished product and this whole mess could have been avoided.
Luckily, there is hope. If you’re not one of the many people who partook in my Ten things you can do instead of playing No Man’s Sky, and for those of you who are seemingly eligible for a full refund, feel free to partake in my list as you’ve freed up tons of time.
But why would you want to get a refund for the most hyped game of the year?
Steve Noel is the deputy editor. He likes space and stuff.
Hello Games No Man's Sky Orion