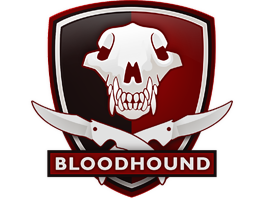 On May 26th, Valve released a new operation: Operation Bloodhound. With this new operation came a few things.

All in all there were 63 new weapon skins added in this patch. I feel like this could have been released over time instead of all at once given the fact that the vast majority (46) are world/map drops and have no descriptor as to which map to get them from or how to obtain them. This will make the higher end skins from the new collections (depicted below) insanely expensive. Yes, they are pretty and I hope that they pair with one or 2 of the newer maps, but at the same time I would enjoy it more if I knew how to obtain them.

Now, on to the casual missions. These missions help you generate XP which will rank you up within the operation. If you are looking for weapon drops, be cautious. You only get one weapon drop per week on rank up. This means if you go crazy and rank up 3 or 4 times you will only get one drop. You can also gain XP from playing in Matchmaking mode, so we can expect to see some fast gains from that. The XP gain is based on either rounds won (in Competitive) or your score (in Casual).

The missions, as in previous operations, range from getting kills with certain weapons or winning rounds in competitive matches. There are XP bonuses to some missions (the second mission pretty much has you shooting chickens non-stop). Other XP bonuses include getting kills after the bomb is planted and getting kills with weapons from specific collections. There is one mission that is going to take a long time to get, I think it will be one of the last ones I tackle. A million dollars… Earn a million dollars in game. Fun, right?

As for the new maps, I have had a chance to play Rails and Zoo. I enjoy them both to an extent. I think that from a competitive standpoint they are a little unbalanced but should probably be a good time running around in casual mode. They made some changes to Season, though they were not major ones, and I barely noticed them while I was running around. I have not once, ever, played Agency. So I could not tell you if they made any changes.

Now that we’ve covered what they launched with this from a casual standpoint, let’s go over the update. The only really major change they made to the functionality of the game is entered as this:

Now, what does that mean? Presumably, it is a step in the direction of removing wall hacking. Something to allow the server to see where you are, and see if you should be able to see a player and only send that data to your client. The calculations behind making this happen seem impossible, given the amount of checks that the server would need to make per tick if you do it in a raw state. If they have come up with a more streamlined method of doing it, to reduce strain on the servers, there will still be ways around this. A step in the right direction though.

What didn’t they fix? Hitbox isues on ladders. This is a primary concern to most competitive players (and even some casual players out there). If you jump on to a ladder, it skews your hitboxes by almost 1/2 your model height. Adren did a great video breakdown of this issue:

Maybe they could have fixed that and not released all those skins? I think we’d all be pretty happy if that were the case.