One on One with Greg Kasavin of Supergiant Games, We Talk Pyre 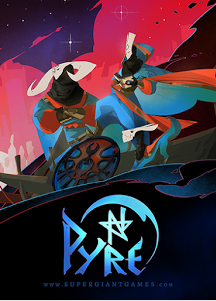 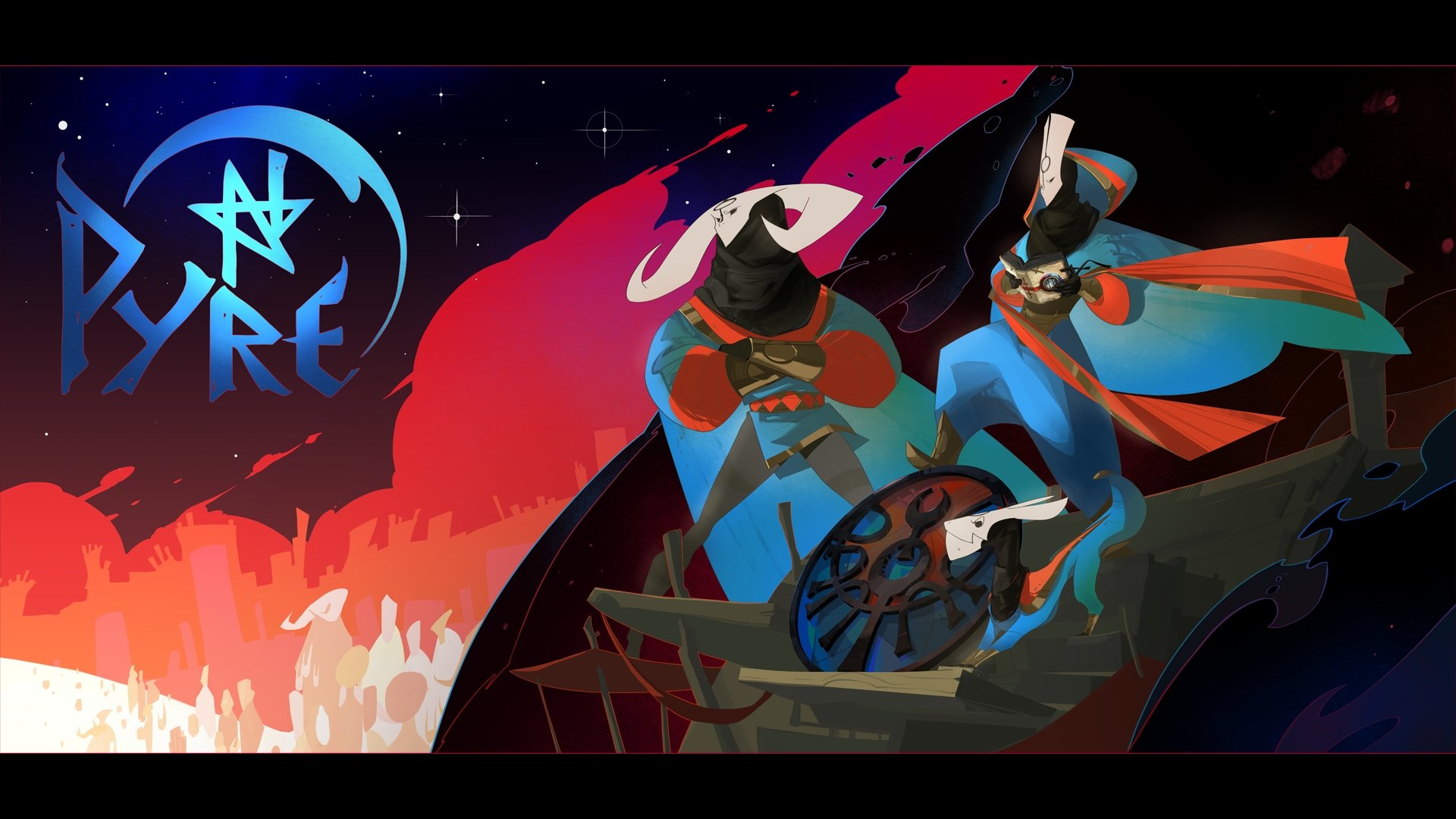 You’ve seen their games, you’ve heard their stories and fell in love with their music, now hear their story of how this wonderful group of people got together to bring us stories like Bastion, Transistor and now Pyre. Here it is my friends, our one on one with Greg Kasavin of Supergiant Games!

Greg: Supergiant Games was founded in the living room of a house in sunny San Jose, California back in 2009, by Amir Rao and Gavin Simon. The three of us met while working on the Command & Conquer series at Electronic Arts in Los Angeles. We were inspired by games coming from smaller developers, such as Braid, Castle Crashers, and Plants vs. Zombies, and wondered what we might be able to accomplish as a small team. Amir and Gavin dropped everything and moved into a house and started working on our first game, Bastion. I joined them as the game was going into full production.

Bastion became a bigger hit than we could have possibly expected and has sold more than three million copies in its lifetime. Our second game, Transistor, launched about a year and a half ago and sold over a million copies as of early this year. We feel very fortunate to have found a large audience for our games. We say our goal is to make games that spark your imagination like the games you played as a kid. We’re happy to have made two games thus far that left a strong impression on so many people around the world. We just recently announced our third game, Pyre.

Steve: Why are all of you such amazing people?

Greg: Thanks!! I think when you’re surrounded by talented people it’s a powerful motivator to do your best, as well.

S: For those who don’t know you, what do you do at SuperGiant Games?

G: As part of a small team, all of us have a lot of responsibilities, which is part of the fun and the challenge. In my case I do the writing for our games, a good chunk of the design work, as well as audio scripting. Our games are set in original worlds and have pretty significant narrative components so I spend a lot of my time working through all of that. Bastion was the first game I got to work on where I was the sole writer and it was a very rewarding experience in that regard. I hope to keep making stories for games for a long time.

S: Pyre kinda snuck up on all of us, the last time we had a chance to talk was Pax Prime this past August! Was Pyre that well kept of a secret? How did you all not tell!? Really how long has this been in the works?

G: We like to reveal our games only once we think they’re ready to be played. That means having both the gameplay and atmosphere far enough along in development where the overall look and feel of what we’re going for comes through without us having to provide a lot of added context. So, it was great to announce Pyre and then have it be playable at PAX East, where we had something like a thousand people come by over the three-day period and take it for a spin.

We first started working on the game around July of 2014, a few months after we launched Transistor. Having worked on Transistor for some time, we were eager to try something new once more. We got excited by the idea of a game with a larger cast of characters trapped in a mystical purgatory and trying to regain their freedom. While we love the worlds we created for Bastion and Transistor, we feel like we have a unique opportunity as a studio to keep pushing ourselves creatively into new places, and in this case, new genres as well.

S: What can you tell us so far about Pyre, what can fans expect?

G: In Pyre, you lead a band of exiles to freedom through a series of ancient competitions spread across this vast, mystical purgatory known as the Downside. The game is structured around traversing an overmap, making decisions about where to go and how to spend your time, then engaging in these action-packed competitive rituals against other exiles whose own freedom is at stake.

We consider Pyre a party-based role-playing game, so unlike in our previous games that focused on a central protagonist character, here you will meet a wider variety of characters and travel alongside many of them. Our games are known for blending responsive and immediate-feeling gameplay with rich and atmospheric narrative, and those aspects are also very important to us with this game, though we’re approaching them quite differently than we have in the past. We’re really excited by the initial reactions to how we’re going about it!

S: We’ve seen the trailer and lost our minds as soon as we saw those deep shades of blues and reds, and once Darren started singing we were sold, what has me most excited is how visually it looks like you’ve evolved further. Tell me how did the team come together to evolve the gameplay and story of one character to cover three?

G: We’ve initially shown three characters in Pyre, though that’s just the beginning! We really wanted to make a game where players could grow closer to a larger cast of characters than what we’ve been able to achieve in the past. Our characters have really struck a chord with a lot of folks out there, though in many ways the stories of our games haven’t provided players with a lot of time to really get to know those characters. Pyre is structured more like a sort of ‘fantasy road-trip’ where, in the game, you’re traveling for days with a certain set of characters. So it’s a setup for a lot of drama and character interaction.

S: We were given a very beautiful tease of the game a few weeks past and I did notice the gameplay looks vastly different from what we’re used to in Supergiant style games — how has the team changed it up this time round?

G: The idea of a group of characters having to depend on one another to accomplish both shared and personal goals I think was instructive to the gameplay as well, which involves having to switch control between several characters at once during these action-packed rituals. We’re always looking for those opportunities for the play mechanics to align as closely as possible with the kinds of themes we’re looking to explore through the narrative and the experience as a whole.

It was also important to us for the gameplay to feel intense and exciting but not because of the kind of life-or-death struggle that characterizes the action in most games. In most games, when you die you just try again, or in a worst-case you start over. In Pyre, we were really interested in creating a scenario where the characters would have to recover from defeat and move past it. This is a game about these characters’ path toward enlightenment, and enlightenment can often come from failure, not just from success.

S: Music, we have to talk Darren Korb for a minute here. What can we expect this time round, is Ashley Barrett returning for this OST? And … when is he going to tour?

G: You mentioned our reveal trailer — both Darren’s and Ashley’s musical talents are a part of it! Music and audio has always been essential to the tone and atmosphere of our games, and in that respect, Pyre is no exception. We’re very excited not just by the music itself but some of the new ways we’re using it in this game. As for Darren going on tour, I’m sure he would enjoy that! Maybe once we’re finished with this game?

S: When can fans expect to get their hands on their next demo? Will you be at Rooster Teeth Expo? Pax Prime?

G: We’ve gone to every PAX Prime since 2010 and PAX East since 2011, so PAX Prime is definitely a safe bet. As a small team there are only so many times a year we think we can take the show on the road without significantly impacting development, though on the other hand we do love letting folks get their hands on the game while it’s still in the works and getting their impressions!

S: When is Pyre slated for release? and will there be a collectors edition this time round?

G: Pyre will be available sometime next year for PlayStation 4 and PC via Steam. We don’t have plans for a Collector’s Edition at the moment though one thing we’ve always done is make our games’ soundtracks available at launch, so that’s likely something we’ll do again!

And there you have it folks, for more information on Supergiant Games, Pyre or all the other amazing things they do be sure to follow them on Facebook & Twitter and check out their official webpage with up to date news and information!

Steve Noel is a Senior Editor for AYBOnline.com, Team Lead for Streaming & Video Content, and Producer of the Level 1 Scrubs Talkshow. When he’s not working behind the desk you’ll find him spending time with his cat, Jeff Bridges.