On the Inside: BaseLAN Wrap-Up 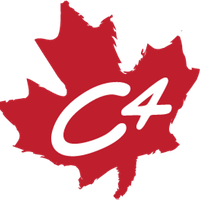 Well, it’s over. The PCs are all packed up and the controllers are put away. The prizes are all given out and the Rockstar drinks are all sold. BaseLAN 29 has wrapped up and it was another amazing weekend. Full of some surprises and some not-so-surprising twists BaseLAN 29 was a success – exactly as I expected it to be.

One of the biggest shocks of the weekend was the CS:GO finals. Oh no, cRev still won, but they were unexpectedly quiet during the whole ordeal – a major turn of events, for sure.

The Dota2 results turned out exactly as I expected and MLG420 took that tournament, despite their terrible name. The big shocker there was that they were captained by the legendary Master Roshi. Despite a couple of power issues on Day 1, everything ran well and everybody had a great time.

Every BaseLAN teaches me something new. It’s a whole weekend where I do nothing but think about video games, hang out with friends, get accidentally drunk, and generally beat up my body.

For example, this weekend I learned how to set up a casting pit and use XSplit to run a stream, despite having never done either. That’s sort of my thing though: I like learning new things and solving new problems. Big events like BaseLAN are just opportunities to do that. There is always something happening that needs to be fixed.

If you don’t believe me, just ask Reactor303 and he will tell you something about problem solving. That’s part of the reason I enjoy being on staff so much. Sure, I miss playing games all weekends, or the intensity of finals, but keeping the stream up all weekend has its own sort of intensity.

To anyone that dealt with me during the weekend: if I was short with you, I’m sorry. I wasn’t actually mean, that was just my business face. To the guys who filled in for me Sunday morning as I slept off a super massive hangover: I’m sorry and thank you. To everybody on staff: good work, we crushed it last weekend and had another event that I am proud to say I was a part of. And most importantly to everybody that showed up to play games: thank you! You guys are the reason we love doing this.

Oh, and one more: to Lollies, in May – Trackmania is mine!