Oh, The Places You Will Pokemon Go! 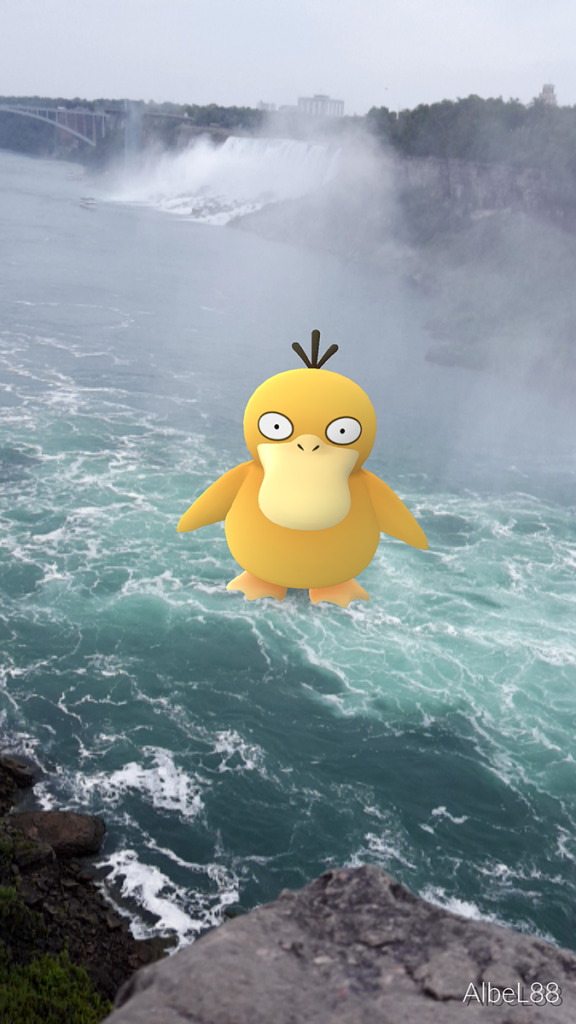 “Oh the places you will go,
Today is your day!
Your Pokemon are waiting,
So get on your way!”

Besides butchering Dr Seuss quotes and feeling like a complete badass when I take over rival gyms, Pokemon Go has personally served a great purpose in getting me exploring my own community and city. In fact, I can easily say that in the past week alone, I’ve come across so many hidden treasures in my city that I never knew about, thanks to this game.

What makes this game even more magical is the social aspect of finding Pokemon while also discovering new places together with friends and other players. Sure, our little nerdy horde might look silly, running around with phones in our hands trying to track that Pikachu, but these experiences have led to wonderful places and funny, memorable stories.

So, with the help of the community, I reached out to other Pokemon Go players to share their collection of scenic locations and their stories.

One of our first photo features is from one of our own AYBOnline Content contributors, Nedu! You probably know him from his column “The Weekly Nerd”.

“I went to Toronto to visit my girlfriend and we decided to hunt some Pokemon at Niagara Falls!” he mentioned in his email to me. Not going to lie, I’m pretty envious of those gorgeous views. But even better are some of the more humourous candid snapshots he got while on his Pokemon quest.

I love the Psyduck just hanging out over a waterfall, like it’s no big deal.

Other staff joined in on the photo fun, too! Our Deputy Editor Steve took plenty of pictures on his adventures to The Forks in Winnipeg. Special highlights include some pictures of Winnipeg’s IRL Pokemon — the majestic ducks and Canadian Geese — and a beautiful shot of the Canadian Museum for Human Rights. You can find more of his photos on his Instagram, too!

Our Cosplay Columnist JTanooki added her own photo, taken at the Half Moon Drive In in Lockport, MB. If you haven’t been to Half Moon Drive In, I highly recommend you go for a little trip. They have great food and a plethora of ice cream flavours for you to try out, too.

There’s also a waterslide park around there, if I recall correctly. Man, it’s been ages.

We got some incredible submissions from community members of the Winnipeg Pokemon Go Facebook group as well!

We received this sweet shot from Harold Bareng, detailing the story behind this shot.

“This was taken in the Maples. This was right after the storm on Thursday and me and my friend went hunting for Pokemon. We couldn’t wait to go out because there was a Meowth nearby and wanted to find it.” He added, “We didn’t find the guy but it resulted in a nice photo op.”

I remember that storm, too. I was really tempted to run out and catch a Vaporeon that popped up on my radar but the lightning and sky looks pretty threatening so I decided against that. This is a gorgeous shot of the aftermath though!

Kerri Petrie also submitted a candid shot of this bird while out on her very first travels through George Olive Park in Transcona, and remains as a pretty special memory.

“This little guy came right up to me on my first Pokemon Go walk ever. He was less than a foot away and didn’t fly off when I got closer.”

This particular photo feature is actually from one of my co-workers Shaunna! In fact, it was the second day of having the game where we decided to check out the River Walk Path on Provencher for any Pokemon finds during our lunch hour.

She snagged this neat picture by one of the bridges we were passing under. (No worries, it was abandoned and we were in a pretty large group.) The river walk also has two Pokestops along the way.

Thank you so much again to the contributors that submitted their photos! And so I ask you, who is reading this: what are some really beautiful locations you’ve encountered on your Pokemon Go travels? And what kind of Pokemon did you catch there?

Remembering to be safe out there, and happy hunting!