Now Is The Winter Of Our Trial Accounts 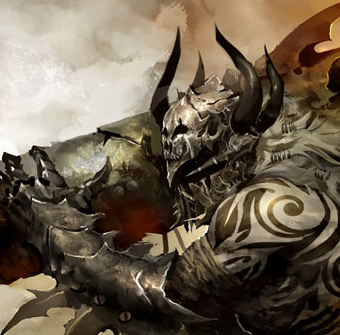 
ArenaNet has launched a “Free Trial Accounts” program in advance of the Heart of Thorns expansion, which releases on October 23rd. Heart of Thorns will still be $50 to purchase — free accounts will not have access to any of the expansion content. Other limitations include half the number of character and bag slots, no daily log-in rewards, no access to World vs. World (server-vs.-server-vs.-server mass PvP) until level 60, no guild bank access, and sharp restrictions on marketplace transactions, gem store transactions, and whispering other players.

The game, in essence, is now free-to-play, making its money from gem store transactions and people buying the expansion.

So, how do I feel about this?

As I’ve written before, MMOs going free-to-play is a very smart business decision in this era. They’re not just competing with each other, any more — they have to steal market share back from League of Dota-Smiting Awesomenauts of the MOBA Storms if they want to succeed.

And MMOs aren’t going to do that on $15 a month. Even GW2’s buy-once model, completely unique in the space, was a hurdle. I’m not going to tell you I’ve already got out the popcorn and the disgunbgud.gifs for World of Warcraft, but I can already taste the buttery, fluffy goodness.

It is delicious, with notes of sadness for an industry giant, and also tannins.

If anyone wants to give GW2 a shot now that it’s free, you’re welcome to hit me up in-game — just send a message to Radiophage.6789. I’ll pass along a care package and a guild invite.

Next week, I’ll try to talk about something that isn’t money, or things that annoy me. We’ll see how well that works out.

Jesse Mackenzie is the Managing Editor for aybonline.com. He mains a Sylvari Mesmer in GW2. He can be reached at jessem@aybonline.com, and his opinions are his own.