No Man’s Sky Gets an Update 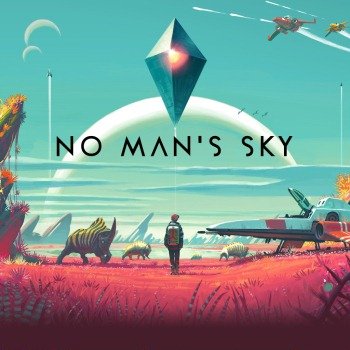 To say that Hello Games’ title No Man’s Sky had a… troubled release would be an understatement. Fans and critics alike had many issues with the initial release of the game. Studio founder Sean Murray and his team have been eerily silent since the game’s debut, but recently they have opened up to talk about the game’s first major free update entitled “Foundation Update”.

Available now, this free update adds quite a few features to the game, including a few different modes. To get a detailed list of features, No Man’s Sky’s website has all the information here. For now, let’s talk about a couple of them.

Now there will be three different modes to play the game on. Normal mode is described as being the “original chilled exploration experience”. The two new modes are called “creative mode” and “survival mode”. “Creative mode” give players unlimited resources to explore and build to their heart’s content. “Survival mode” is meant to give players a real challenge, changing the game to focus on endurance. It seems that Hello Games is hoping to capitalize on the exploration and survival aspects of the main game by making each one the star of their own mode.

Base building finally makes its way into No Man’s Sky with this update. While I won’t get into how strange it is that most planets in the game seem to have the exact same base with the exact same structure on them, base building finally gives players a chance to put down roots and make their mark on the galaxy. By finding an uninhabited base, players can claim it and make their homestead, using it for shelter, storage, farming, and research. You will even be able to recruit aliens to help you run the place. If you grow tired of your base, you can even dismantle the whole damn thing and refund all the parts!

Players can also look forward to purchasing space freighters at a high price. Players can teleport resources to these massive spaceships for extra storage. The inside of these chips can also be customized to match a player’s liking. Similar to bases, players can use these ships to grow crops and harvest rare resources.

On top of these major changes, there is a significant number of smaller changes to the entire game. Players can expect to see a new automated harvesting system, new resources and technology, as well as an overhauled user interface. There have also been adjustments to the graphics, such as the addition of motion blur and temporal anti-aliasing to reduce the jagged edges.

All around this seems like a significant update that I am sure fans of the game will appreciate. Frankly, I am much more curious to see if this is enough to bring back players who have since dropped the game. Some may say this is too little too late as the months of no communication really upset a portion of the fan base. I expect to see a resurgence of No Man’s Sky videos on YouTube exploring this new update. Again, this is supposed to be the first of many updates, so it will be interesting to see what they release next.

Nedu often looks into the night sky and wonders why the aliens in Independence Day were so incompetent. He is also a content writer on AYBOnline. His views are his own.