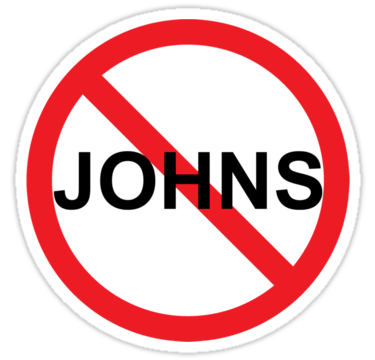 At BaseLAN, I had a conversation with a person I met there about the Magic tournament he had played in earlier that day. He told me that he lost his first two games and dropped out, a reasonably common occurrence. In response, I asked him what deck he played and he told me he was playing a home brew deck that he had come up with himself. After inquiring about the specifics of his deck, I asked him about why he lost. “I just didn’t draw good,” was his response. Which don’t get me wrong, that happens; however… NO JOHNS! 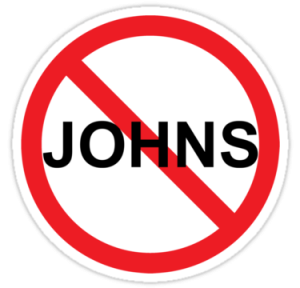 That is the largest downfall of Magic: The Gathering: sometimes you just draw poorly and there is very little you can actually do about it; however, I rarely believe that to be the case. After some more cautious probing as I had an idea about what sort of person I was dealing with, it seemed that he always “didn’t draw good” whenever he played that particular deck. I laid out his deck on the table and discussed what I thought were some problems and maybe some things he could consider changing. Not that I’m an expert but deck building is one of my stronger skills and I can be rather insightful sometimes.

Unfortunately it was all a waste of time. Some people are unwilling to admit why things go poorly. Magic has random chance in it, but that is not always the reason you lose – yet some people only either win or get unlucky. They never play bad, they never make mistakes or not prepare enough, the reasons that they lose are never themselves. I now realize that he was definitely one of those people.

Eventually after having my suggestions turned away repeatedly, I flat out said to him, “You know, after playing the deck so many times and continually losing, at what point do you just say that the deck is bad?” I was getting a little impatient and as the word “deck” came out, I realized that what I was meaning was “player” – but I would never say that (and of course the deck was also bad.)

Getting better is hard. Some people very simply don’t have the constitution to do it. You have to be very critical of yourself, patient, driven, and you have to be willing to learn and know when to ask for help. I lose at games all the time and I always try to ask myself afterwards what could I have done differently. If it’s a game of Magic and I draw very poorly, I ask, “Should I have mulliganed? Or was that a good hand under any other circumstance? Does knowing what his deck does change my decision-making process?”

Basically of the things that I can control, I ask what I could have done differently to win the game. Video games are even easier. Lost a game of Starcraft or Dota II? Go watch the replay. Or better yet, watch it with your friends. Other people will give you much more honest feedback and will be much more straightforward about things you did wrong. A mistake where you might try to make excuses for, others will simply tell you “No, that was bad, don’t do that. Instead do something like this…”

Another reason outside help is critical is that you can get trapped in certain mindsets. For example, one of the first basic strategies you learn in Magic is to use instants at instant speed. Basically this means to wait until the last possible moment to do something so you have the most possible information and your opponents have the least.

However this is just a rule of thumb and there are plenty of times when you should be casting your instants during your main phase. If, for example, you have an instant that draws you a card, you may want to cast it during your main phase so that you can draw a land to play for the turn, or before your opponent gets to untap their mana. “Basic strategy” is a set of guidelines for good play but have many exemptions that need to be addressed as they come up. A blanket strategy usually can’t take everything into account.

Stop making excuses. No, seriously, stop. Any and all excuses must simply leave your thought processes entirely. Yes, there are things that affect your games that you cannot control. Sometimes they do, in fact, make you lose, but making excuses for them doesn’t help you get better. Just remove them from your mindset and address the things you can control. If you allow yourself to continually make excuses, you will end up in a never-ending rut. A rut filled with 0-2 drops, gold league, and 3000 MMR.