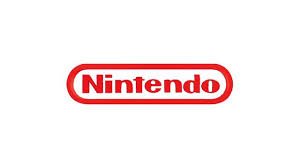 For the past couple years Nintendo has opted out of the traditional keynote at E3 and instead gone with one of their online digital events. Clocking in at under an hour and consisting mostly of trailers, the event wasn’t the most informative, nor did it blow our minds like some of this year’s previous conferences. However we did manage to glean a few tidbits about some titles coming out soon and got first looks at couple of other brand-new games.

Nintendo did start with the game that everyone wanted to see: StarFox Zero. The gameplay looked fairly polished and very much reminiscent of StarFox 64. The Arwing has some new tricks up its sleeve, though. It has picked up the ability to transform into a walking mech-type unit during all range mode battles. This may seem like a cool new development, however if you’re like me and you are one of the ten people who played StarFox Assault for the Gamecube, you’ll realize that this is functionally no different than the ability to get out and run around on foot. The Landmaster is back, as well as a brand-new pilotable vehicle called the Gyro Wing. As a huge fan of 64 I had high hopes for the latest iteration. If the game manages to stay close to its on-rails, space shooting roots it looks like it could be very fun. If it strays too far it’s anyone’s guess. Only time will tell.

Gameplay for most of the other games was only touched upon. A new co-op Legend of Zelda game for the 3DS, called Tri-Force Heroes, allows three different Links to conquer dungeons together, harnessing (wait for it) the ability to stand on each others shoulders to create a totem pole of terror. Another hand-held co-op title called Metroid Prime: Federation Force was revealed. The art style was definitely more cartoonish and looked like it had lost the dark tones that made the first Metroid Prime so engrossing. Very little of the game play was actually revealed so much remains to be seen about whether it is in the same vein as its predecessor and how the co-op portion will actually work.

Finally, we got trailers and small pieces about games we both did and did not know about. A brand new Fire Emblem game for the WiiU subtitled “Fates” looked gorgeous, as did an extremely exciting reveal trailer for Xenoblade Chronicles, also for the WiiU. We saw gameplay for Mario Maker and Yoshi’s Woolly World, neither of which were anything we didn’t know about already. Talk of Donkey Kong and Bowser making cameos as playable characters in the new Skylanders game, and a strange puppet show featuring Sesame Street versions of Fils-aime, Miyamoto, and Iwata rounded out the rest of the event.

Nintendo’s event might seem lacking compared to the blockbusters that were the Sony and Microsoft events, but this has always been their strategy. They don’t use E3 as the main platform to announce new products and they often have a much bigger showing at PAX than most others. We’ll see if that pattern continues at the end of August in Seattle.