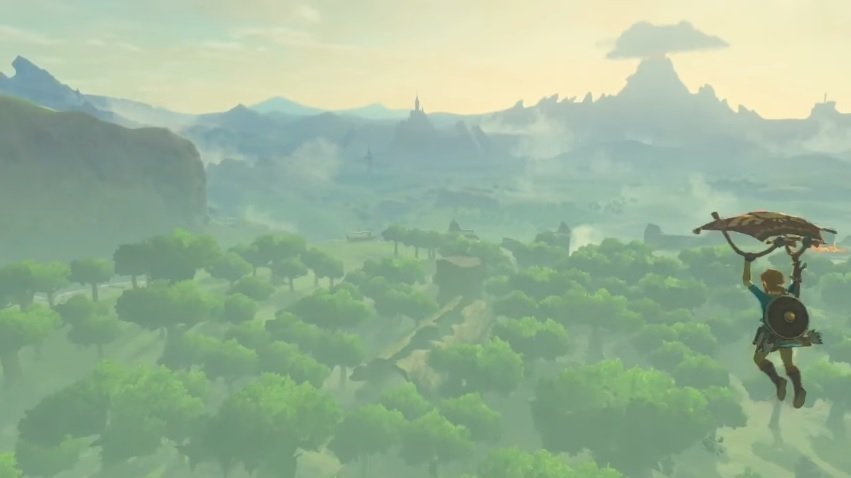 Zelda fans got a lengthy look at E3 yesterday of Nintendo’s latest installment in the series, Breath of the Wild. Instead of a press conference, Nintendo opted to stream hours and hours of gameplay with their Treehouse team. Except for some Pokemon to start things off, yesterday was entirely dedicated to Zelda. It’s probably the most transparent and informative way to show off new titles, but the event did lack some of the flair and pizazz of the more traditional conferences.

Breath of the Wild looks stunningly beautiful. The world seems very much alive with monster villages, changing weather, and wildlife. It’s heralded as a Zelda with more freedom: players can choose what order they want to do things in, and puzzles can be solved in a variety of ways.

“Where you go, how you get there, the order in which you do it, and the items, weapons, and approaches used to solve puzzles and defeat enemies are all up to you,” says Nintendo of America president and COO, Reggie Fils-Aime.

Allowing players to problem-solve in their own way and on their own time is great — I remember when I first learned there was more than one solution to many Portal levels my brain broke — but I have concerns: Open-world, survival, and games centered around freedom and choice have become buzz-concepts. Fallout 4, for example, is filled to the brim with content, but it’s a slog and it’s repetitive. By the time I got around to FO4‘s main story, I’d lost interest.

But Miyamoto gave me hope when he described his own strategy in playing Breath of the Wind. Miyamoto called himself a cautious player, saying he likes to hang back and shoot arrows at enemies from afar. He said if he’s low on arrows, he’ll let enemies shoot at him and gather up their projectiles. That’s a survival mechanic I can get behind.

It’s also encouraging to see how much Link can interact with the environment. It’s not just a bunch of show and then a couple boulders you can push onto enemies. Link has to dress differently depending on the climate, rain can douse fires you’ve started, and, speaking of fire, Link can actually light grass and forest fires to set up perimeters.

The paragliding looks fantastic, but the climbing does not. Mostly, the climbing just looks too slow. How much time will I spend watching Link struggle his way up a cliff? How often will I run out of stamina mid-mountain? Or accidentally hit the Let Go button? I can already see myself climbing, falling, climbing, falling, swearing… But enough about that; can we talk about SHIELD SURFING? Oh. My god. 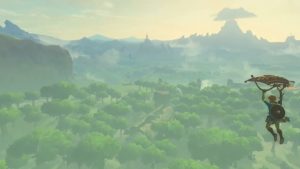 Nintendo says Breath of the Wild is its star at E3 this year, but they’ve got more on tap. Today’s Treehouse Live stream begins at noon Manitoba time, and will primarily showcase previously announced Wii U and 3DS games. Viewers will also be getting a first look at Mario Party Star Rush for 3DS.