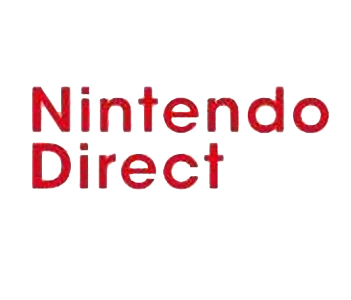 Today, Nintendo dropped some awesome reveals in their Nintendo Direct. For those of you who don’t know what a Nintendo Direct is, it’s Nintendo’s way of providing news directly to fans and everyone around the world without the wait for an event. These often have a few small reveals, and a big one – but this time they wowed fans with some major updates coming to some beloved titles. If you missed it, here’s our summary of what’s in store for the holidays!

Mario Maker is getting a Mario makeover with a course portal that enables you to search for courses to like by using a browser on either a computer or a smart device, which will make finding ridiculously difficult challenges a breeze.

Nintendo also announced a lot of stuff for unreleased games:

Nintendo finally revealed a release date for Xenoblade Chronicles X, the huge free-roam, mech-riding and monster-slaying action RPG. Xenoblade is due out in December 4th, 2015. Defend the planet Mira from the end of days by slashing, shooting and blowing things up in a JRPG art style with western RPG play style.

Coming on November 20th 2015, Mario Tennis: Ultra Smash also features new ways to use your Amiibo collection. By using the Amiibo as your partner, it allows you to level up the stats of your Amiibo and challenge stronger AI opponents.

Also releasing on November 20th, Pokemon Super Mystery Dungeon, a turn based, randomly generated dungeon crawler allows you to play as 20 different pokemon, team up with legendary Pokemon such as Groudon, and encounter all 720 pokemon!

On top of this, soon you’ll be able to re-live your trainer glory days, as Pokemon Red, Blue and Yellow are coming to the Nintendo eShop for 3DS on February 27th 2016, with the addition of wireless trading and battling to suit our newfangled handheld game machines.

Originally on Wii-U, Zelda Hyrule Warriors is coming to Nintendo 3DS as Zelda: Hyrule Warriors Legends with Tertra, Toon Link, the King of Hyrule (Wind Waker), Skull Kid, and Linkle – who is the first female incarnation of Link join the mob sweeping and monster slashing goodness. It will be available March 25th 2016.

Continuing Nintendo’s trend on porting Gamecube and Wii favourites, Nintendo will be releasing The Legend of Zelda: Twilight Princess on Wii-U as a re-mastered HD edition, including a really well-designed Wolf Link Amiibo. It’s scheduled for March 4th, 2016 – ten years after it first released, marking the 30th anniversary of the series. The game also includes interactions with current Zelda themed Amiibos.

Big news for all Smash and Square Enix fans out there; Cloud Strife from Final Fantasy VII is making an appearance in Super Smash Bros. Wii-U in both his original form and his Advent Children costume. The trailer featured Cloud’s Limit Breaks as his special moves, such as Cross Slash, Blade Beam, and Climhazzard. Cloud’s Smash Ball ability powers up his limit break, with his special moves such as Finishing Touch and OmniSlash becoming lethal. Summons such as Leviathan, Ramuh and Odin will be making an appearance as well, acting as hazards to the Midgar themed stage.

Grab your ridiculously oversized sword! Cloud from Final Fantasy VII is coming to #SmashBros as a playable fighter! pic.twitter.com/2iXvZjf8AG

A new North American entry to the Final Fantasy series is coming. Titled Final Fantasy Explorers, it will be releasing on January 26th 2015. It’s an action RPG with 20 Professions and job classes with many customization options. The game gives players the ability to change costumes to look like the heroes from the numbered games, in order to channel their skills and abilities to fight against monsters in either single or multiplayer. The North American release is also coming bundled with the DLC content of the Japanese release for free.

Looking for a fighting game that’s a tad different from Smash or Street Fighter? Pokken Tournament, a 2.5d Fighter by the lovely folks who brought us Tekken (who are also celebrating their 20th anniversary), combines long range combat and close range combat similar to Virtual On, allowing ranged specialized pokemon to poke from far, or melee pokemon such as Lucario or Machamp to go in and deal traditional combos. Oh and did I mention Pikachu has Heihachi’s move set and victory pose? Pokken Tournament is out spring 2015.

A fancy new trailer for Starfox Zero was shown, featuring the Arwing transforming to a walker unit, the Landmaster transforming into the Gravmaster, and the little Gyrowing (which has an even littler ROB like droid named DIRECT-I, who you control using the Gamepad screen in order to hack into things). The official Launch for Starfox Zero is April 22nd, 2016.

Parallel worlds combine in Mario and Luigi: Paper Jam. Paper Mario teams up with Mario and Luigi (from Mario & Luigi: Superstar Saga) in an all new RPG combining the aesthetics and mechanics of both games. You can use Amiibos to give buffs and bonus effects. It’s confirmed for release on January 22nd 2016.

Devil’s Third, a hack and slash shooter with cover based mechanics by Valhalla Games Studios, is releasing on the WiiU on December 11th 2015. Fight your way through enemies as Ivan, with third person melee chain attacks, executions and first person gunplay.

Another Megaman Collection, the Legacy Collection is on its way, featuring the first 6 Megaman games, with challenge mode and gallery. The Megaman Amiibo will unlock bonus challenge content, and a limited-run gold Megaman will be available when the game releases on February 23rd 2015.

Dragon Quest VII: Fragments of the Forgotten Past and Dragon Quest VIII: Journey of the Cursed King are getting their North American releases in Summer 2016.

Bravely Second: End Layer, the next chapter in the Bravely Second RPG series is going to be available in Spring of 2016.

Project X Zone 2 has so many different franchises mashed into one super-RPG; you’ll see characters from Capcom, Bandai Namco, Sega, and Nintendo with appearances of over 99 different characters and enemies, allowing you to set up your fantasy fights of your many of your favourite characters. It’s out on February 6th 2016.

Finally, Pokemon Picross, a puzzle game available in early December, is a grid puzzler where you use numbers to reveal the tile to uncover pokemon art. This looks like a quick and casual game for coffee breaks.

SteamWorld Heists, a side scrolling 2d turn based shooter with an amazing robot art style, is due for the 2015 Holidays, with a variety of weapons and hats to customize your character. You can ricochet bullets and use different weapons to take down your opponents. Fans of Worms, Gunbound, or Scorched Earth: you are going to love this!

Fans of high speed racing games like the Wipeout series are going to love FAST Racing Neo. Due Early December 2015, it features a super slick futuristic theme in 60fps with online matchmaking as well as 4 player split screen multiplayer.

Typoman is a unique platformer that uses words to create platforms and shapes (similar to concrete poetry). It utilizes the Wii-U’s gamepad to add letters or words to and bend the environment. Typoman is available in the Nintendo eShop on November 19th, 2015.

The PC spaceship building favourite Kerbal Space Program by Squad is coming to Wii-U in Early 2016. I wonder how many Goomba-shaped rockets we’re going to be seeing. The game includes tilt controls and a Gamepad HUD to manage your ship.

Megaman creator Keiji Inafune’s kickstarted platformer Mighty No. 9 is going to be available on Wii-U February 16th 2016. Take control of Beck and use special abilities to defeat 12 stages of old school robo-platforming action and fight against 8 robot bosses.

This holiday season looks like it’s going to be big for Nintendo! I’m personally looking forward to Xenoblade Chronicles X and teaming up with some buddies for a good ol’ fashioned monster beat down! What are you most excited for? Leave a comment and let us know!

Kelvin Marn is a Contributor to aybonline.com.