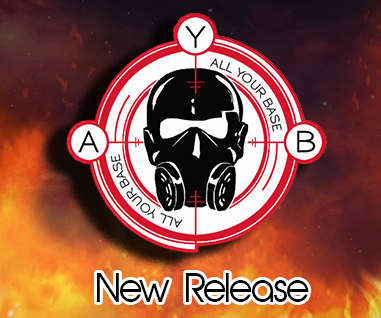 I thought this week I’d start this off differently. Let’s lead this bad boy with a joke. I apologize in advance for how horrible this will be (not really).

How many Ukrainians does it take to change a light bulb?

Three! One to hold the light bulb, two to move the house.

That joke’s so bad, I’ve culturally offended myself.

Now that we’re well oiled and ready for a good read, let’s get right into it. First up, we have ROGUS – Kingdom of the Lost Souls. Rogus is a first-of-its-kind, a true trailblazer. Picture this if you will: a minimalist, epic beat-’em-up matched with your skills to jump, aim, dodge, shield and cast spells ALL AT THE SAME TIME (talk about a sick macro). Now, you’re probably asking what’s the point in all this? Well, I’m glad I asked for you! Basically some real horrible stuff happens and deep down under a mountain evil has awoken (Really Spooky I know) and the legions of the damned start to pour out into the kingdom. You, being a powerful wizard and chosen protector of the realm, must battle them.

Leaving Early Access and coming in fresh as a full bodied release, we give you Rise of Incarnates. The latest game from Bandai Namco gives us gamers a break from the MOBA world 5 V 5 and throws us into 2 v 2. In Rise of the Incarnates, you’ll get to experience Bandai Namco’s hybrid fusion fighting/shooting game play in their groundbreaking 2v2 battle arena, featuring a slew of characters, each with their own unique roles. Arenas feature rendered real-world cityscapes. Work with your partner to make the ultimate match as you discover and develop a team comprised of diverse character types and roles that feature incredible skill sets and mythical powers. So if Dota 2 or League has you bored out of your rocker, and you’re a fan of games like Smite, this might be the game for you and a friend to check out!

Sometimes a gamer needs their medieval needs filled with glorious combat — thankfully we have Chivalry for that. But sometimes we want an RPG filled with legit lore and adventures, too. Well look no further, Legends of Eisenwald has arrived. Legends is set in a believable medieval world, skipping all that high fantasy Ogre, Dark Elf, Dwarven steam-powered-mech nonsense and other things you’d find in a common RPG. Instead, it delivers a realistic world with a “what if medieval superstitions were real?” kind of fantasy. So, yes, you’ll encounter the Witch and/or Warlock and even some beast, but no gates to Oblivion to be found here. You’ll get rich gameplay with deep character creation and customization as well as over 50 hours of campaign gameplay and a unique turn based battle system. So if you’re a fan of games like The Elder Scrolls: Oblivion or XCOM, this might be one to check out.

In other news, Heroes of the Storm will see its first massive content patch June 30th with the release of Eternal Conflict, bringing in the first of many Diablo worlds with new characters, new skins and new game features. If you haven’t had a chance to try out Blizzard’s free to play MOBA, now is the time more than ever!

So until Tuesday when I let you know what’s good in the world of Heroes of the Storm, this is Orion Signing out!

Orion is a Content Editor & AYB’s Self-Proclaimed Field Correspondent.
A lover of cats, buttons, and firm handshakes, his opinions are his own.