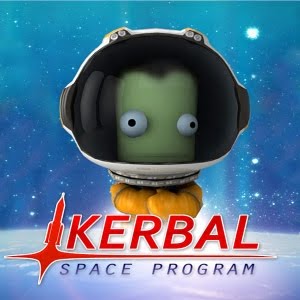 Alright gaming fans, coming to a console/PC near you are these new exciting titles!

See anything exciting — perhaps something you’ll be picking up? Let us know in the comments below!

Kerbal Space Program (PC) is a space flight simulator developed by Squad (Steam). The game, first released June 24, 2011 as an open beta, was met with high demand and was sold on the official KSP Store. The game also was available on Steam’s early access program on March 20, 2013. The April 27th release marks the game’s transition to v1.0 and beyond.

Magicka: Wizard Wars (PC) is a 4 V 4 , PVP arena spell casting destruction game with the with the real time combat and spell system that anyone who has played Magicka in the past would recognize.  The game is free to play with many options to support the game. Magicka: Wizard Wars leaves early access on April 28th and becomes a full release!

State of Decay: Year One Survival Edition (PC, Xbox One, Xbox 360) is a third person FPS, with open world features. The game is genre’d as — get ready for this — “community-building social simulation stealth based zombie survival role playing”… or better known as a Zombie Shooter. The Year One Survival Edition boasts some new features to the game such as content from the Xbox 360 release, new game renders and a new DLC.

Broken Age (PC, PS4) is a point-and-click adventure game, now when I say that I mean one of the most artistically beautiful point-and-click games where the player can control two characters located  in different worlds to discover and learn more about the worlds. The player can change between them both at any time. This is definitely a game you need to discover for yourself as it’s a two-part series on PC, first coming out in January 2014 and releasing in full this week. On PS4, it’ll be one cohesive title, named Broken Age: The Complete Adventure on PS4. This was Tim Schafer’s first return to the genre since 1998’s Grim Fandango — let’s see how it does!

Ys VI: The Ark of Napishtim (PC) Ten years after its initial release on PS2 comes the Ys series’ first 3D game, now on PC. The Ark of Napishtim laid the foundation for the future of the series, so celebrate and relive a classic as you replay or play it for the first time! This version of the game comes equipped with an original translation, new and unique game-play, map warping, Steam achievements and leaderboards, and even a full digital art book packed with concept sketches, hi-res character portraits and original production PSDs

Icewind Dale: Enhanced Edition after 15 years Wizards of the coast brings us back to it’s legendary forgotten relams, experience for the first time Icewind Dale. This new enhanced edition now allows players to experience this classic on literally all platforms available (PC, Mac, Linux, iPad, iPhone, and Android tablets and phones)  The new enhanced editon comes packed with dozens of new features like co-op play,  dozens of new spells, items including magic armor and weapons! If you didn’t play this originally in 2000, now is the time you give the series your attention!

WWE 2K15  THIS is the first WWE game to make it to the Steam platform ever! Not only is this big news for wrestling fans but sport enthusiasts alike. Join me in excitement as you can now get all the action packed WWE nonsense you can dream of and more. My-Career mode alone should get you excited for this game, What’s better than having a wrestler name “Kensington KneeBlade” The answer? Absolutely nothing.
So if you’ve been a fan of the 2K line up on console I’m sure you welcome the latest edition of the series to PC, let’s get excited about gameplay enhancements and presentation overhaul! I hope you’re as excited as I am, I’ll see you online

Shadowrun Chronicles Welcome the second game in the Shadowrun series from Indie Developer Cliffhanger-Prodictions, based in a futuristic Boston, you must lead your team of runners throughout a vast world, while trying to survive a corrupt mega-corporation threatening the lives of thousands. Think of this game as a Cyberpunk, Xcom style rpg survival game. If you haven’t checked out Shadow Run Returns I highly recommend you do! Because who doesn’t like a game that mixes trolls, elves, with  magic enhanced technology you’re really missing out!

Truck Mechanic Simulator 2015 Have you ever wanted to fix big trucks, but too afraid to leave comfort of your cave? Wanted to rip apart an engine but your too comfy in your chair? Well look no further. Tuck Mechanic Simulator 2015 has you covered! This game is not for the faint of heart as you take on on some serious workmanship. This simulator puts you right where the action is, front and center head of a serious car workshop specializing in servicing trucks. If that doesn’t have you fired up and ready to go, I don’t know what will!