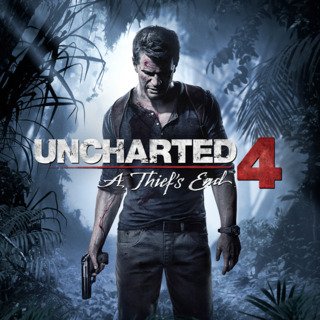 It’s my favorite time of the week again: New Releases! This week we’ve got games focused run ins with otherworldly forces both good and bad.

First in line today is XCOM 2: Alien Hunters. Coming out May 12th for PC, Mac, and Linux this expansion pack for XCOM 2 adds new customizations, new weapons and armor as well as new gameplay that focuses around hunting down new and extremely dangerous alien leaders. Apparently this expansion will also require players to adopt new tactics as the alien leaders will move after every soldier move, causing this turn based game to become a lot more frantic. If you loved XCOM 2 then this is sure to add some additional spice to your gaming. Next up we’ve got Doom. Releasing May 13th for PC, PS4 and Xbox One, Doom is the fourth game in the fabled FPS series from ID Software. You take on the role of the only Doom Marine standing between humanity and the demon forces. While covered decently well on YouTube it bears stating here that this game takes great pride in its multiplayer mode, going so far as to refine a map maker tool for public use so that community maps so that the multiplayer lasts. In short if you loved the first Doom you have no excuse not to have this on your radar. You’ll find a trailer below for your nostalgic purposes.

Lastly we have Stellaris, a game I’m personally more than a little excited for. Releasing May 9th (today!) for PC and Mac, this real time 4X grand strategy game is all about creating an alien race and thriving with it. Think Civilization‘s progression with the depth of mechanics and strategy of Crusader Kings 2. While Paradox games are known for sometimes having shakey multiplayer, the several hours long multiplayer live streams have shown this is a great looking game for playing with friends. If you’ve enjoyed previous Paradox games or are interested in trying a new strategy game this is absolutely one to check out. If my barely contained excitement has raised your curiosity you’ll find a trailer below.

Hey folks! It’s Matt here and I’m hijacking the end of Gavin’s piece to talk about Uncharted 4: A Thief’s End that drops in just a few hours. The likely final game in the Uncharted series from Naughty Dog (of The Last of Us and prior Uncharted fame) is looking to make a AAA splash in the usually dry spring launch period for games. Given this has been one of the most compelling, enduring, and reliably good 1st party games on the PlayStation in the last 7 years I don’t doubt  it’ll make a big one. While I found Uncharted 3 much less engrossing than Uncharted 2 that’s hardly a knock against it as 2 is still the high watermark in the series for finely crafted story and action. Based on reviews so far I think number 4 may be a damn fine swan song. Okay now back to Gavin!

Alright that’s about it for this week, next week I’ll be back with more but until then i’ll leave you with this: How would you describe your perfect game?