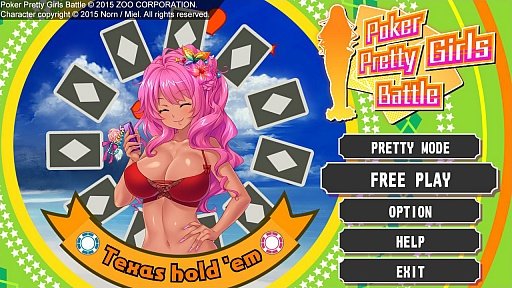 Alright I won’t disappoint! Steam and GOG.com have been very good to us gamers this past week with some unreal titles and some new ones. Prepare to dive knee-fist deep into some complete and utter shenanigans: this week, we check out some poker, movies, and my gaming life that is a train wreck.

I just found out that GOG.com has a massive library of game-related movies and that’s super cool. I didn’t know any of these existed, so I classify this a new release because 1) it’s new to me, and 2) I write this piece so I call the shots. This is a very exciting discovery because GOG.com curates classic games and ensures a bright future for beloved classics – and now movies! That’s another high five for those Cadillacs.

Jumping into actual games now, I’ve found a title that almost slipped under my radar. Clearly my radar is the size of a continent because how could I miss Human Resource Manager, a new simple to play a seemingly fun puzzle game, where – you guessed it! – your co-workers are pieces of a puzzle. Seems pretty straight forward, but that’s where you’re wrong. The puzzles get increasingly harder as you find out YOU have to go and program them with tasks. What seems like a casual game is truly a game of wit, mastery, and mental strength. May the gods be with you.

Next up, we have the premiere in dad-based fighting games, Dad Beat Dads. The game where if you say it fast enough, sounds like “Dead Beat Dads”. Anyway, this is a local multiplayer brawler (up to four total) where friends can go head-to-head and battle for dad supremacy, or battle solo as a single father online. Thankfully there are over nine dads available to choose from from the classic “Accountant” dad to “Beast”.

Jumping into some gameplay, there are three different game modes such as “Smash N’ Grab”, “Diaper Sniper”, and “Corporate Ladder Flip”, all truly capturing the spirit of what it is to be a dad. Hopefully in all this conflict and #DadSupremacy, we will find out which dad will be the last one standing. I can tell you it’s not mine! This game takes me back to the days of playing Duck Game and a variant of Smash Bros… but with more dads. Which makes me want to experience more.

Oh yeah, and RPG Maker MV comes out this week, as their official page says and I do quote:

All caps, all passion. I need not say more.

To close us off for today’s broadcast is none other than that kawaii shit, Poker Pretty Girls Battle: Texas Hold’Em. Now I’m not saying you have to be a Poker Pro to get in on this poker action… but I’m saying it’s best to come in with some experience at Pokerstars.net or even some other place.

This game is going to redefine poker as we know it, with gameplay modes such as “Free Play” and “Pretty”. We can only assume that we better dress to the nines to play this game if we’re going to impress Arisu or Rieru.

So if poker and drinking whisky are your thing, this game probably is, too.

Have a good week and see you Thursday at this week’s podcast at Reset Interactive Ultralounge on 1931 Pembina Hwy LIVE at 7pm CST on our Twitch channel.