Morning Men Gets a Release Date 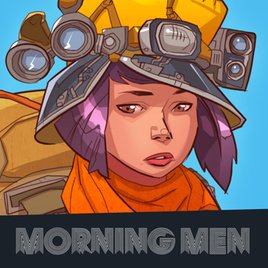 Pixel Federation’s upcoming game Morning Men is set to be released on November 22nd, 2016 on the PC.

Morning Men is an adventure RPG that combines elements of point-and-click adventure games with turn based RPG combat. The game aims to have your choices in the story impact the growth of your characters attributes.

The game stars a young woman named Luditte. Hailing from Citadel City, she is forced into the harsh wasteland beyond the walls when she is branded a heretic. With the help of an AI named Jasper, the pair must survive the environment, avoid a theocratic organization called the Copper Hand, and unveil mysteries.

Morning Men’s visual aesthetic really evokes  things like Mad Max and Tank Girl. If the story and setting can deliver on Pixel Federation’s goals, this game sounds like it has a lot of potential.

Nedu is a writer for AYBOnline. His world is fire and blood. His views are his own.