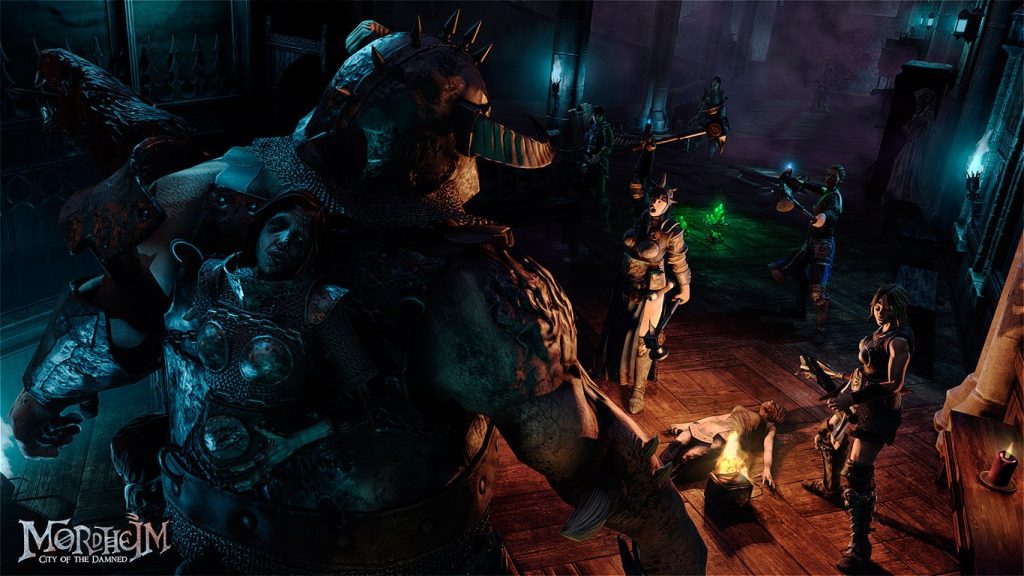 Out of early access and now on the new release store, Game Workshop’s cult classic Mordheim: City of the Damned has officially launched it’s the first video game adaptation. The game takes place in the decimated empire city of Mordheim, where you’ll need to lead warbands into bloody and lethal battles. Pretty straight forward, the game is a fast paced Tactical RPG. In other words, it’s going to be unforgiving.

Pick your warbands from iconic Mordheim factions like the Sisters of Sigmar, Cult of the Possessed, Skaven Clan Eshin (Chaos), and Human Mercenaries from the Empire. Players will have the ability to recruit new mercenary units, develop their skills, and equip enhanced gear to ensure their survival and help build the perfect warband. You’ll be able to customize your warband with the XP gained from a successful mission, turning you into fearsome opponent on the battlefield.

The most important thing will be configuring your warband. It’s all up to you to customize and design the perfect Warband, able to take on any situation with a mix of classes, attributes, and skill. You will have the ability to tweak it to best suit your play style. Heads up, you probably already know this, but each Warband has their own strengths and weaknesses so keep that in mind before jumping into battle.

However, being fully in control will have its advantages and disadvantages as you will always need to be on the ball with map awareness, especially jumping into such an open Tactical RPG. Anything can, and will, happen. That being said, you will need to be the best of the best if you are to survive, because if you make one wrong move your units may lose a limb, or literally die.

Keep in mind the rules of in Mordheim are different. When a unit dies, it’s toast.There is no coming back.

So before rushing into a battlefield, consider your warband, devise a strategy based off your band, if you are to wipe out your enemies, consider the environment around you, exploit the buildings, alleyways, ruins and layouts of the streets. Use the world around you.

Deploying your warband strategically to ensure their survival will be the determining factor, anticipating every move when you place your units will determine how you survive the damned city.

So can you survive. Mordheim: City of the Damned?