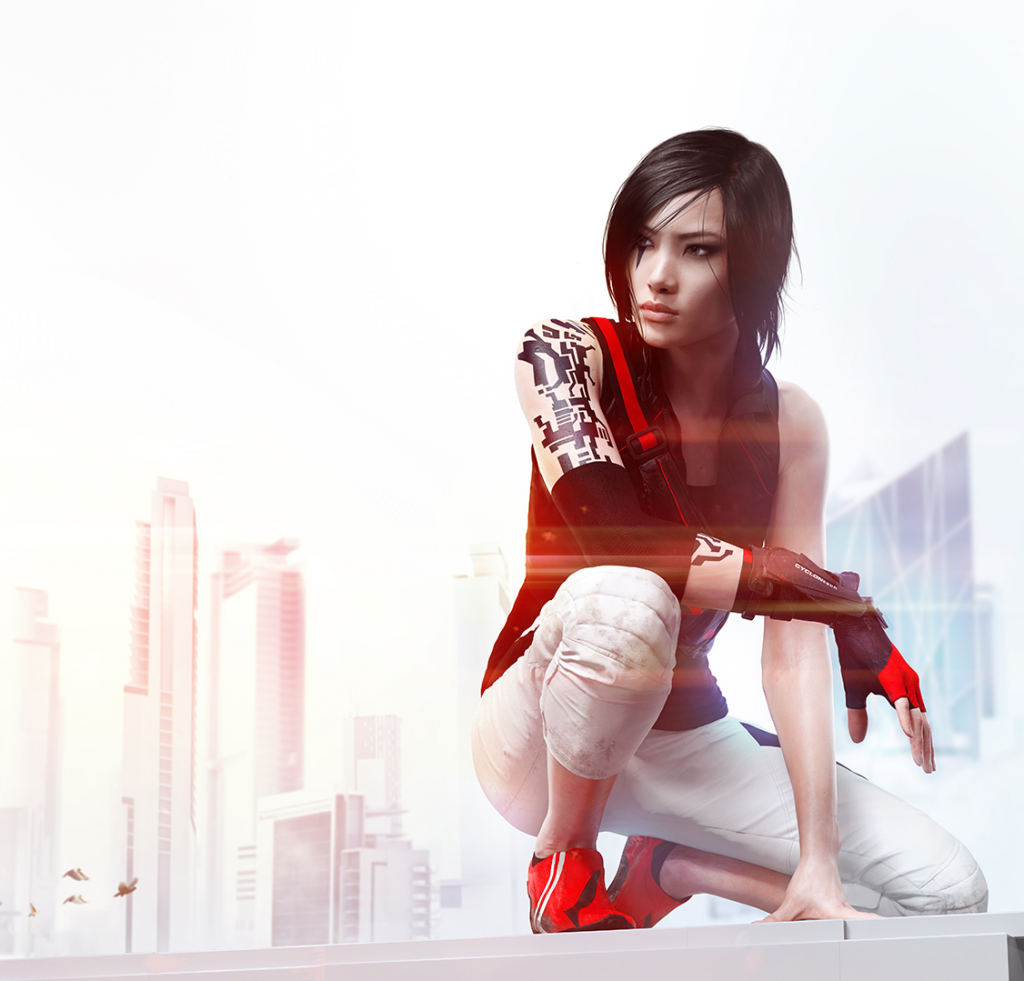 We’re on a parkour kick lately, aren’t we?*

Per the latest info from EA, the closed beta for Mirror’s Edge: Catalyst will run this weekend, April 22-26. Players will be able to try several main-story missions and side missions, along with the Social Play content detailed in this here developer diary:

As usual for betas, the stuff players will experience may change before the final title. As unusual for betas, this one currently looks like a Testing Beta rather than a Marketing Beta. You can sign up for the “Frontrunners” program to get early access to the title, but… it doesn’t appear to be part of a huge Try-It-For-Free-Look-At-Us effort like betas can sometimes feel like. Nicely done, EA.

I have to admit, I’m really, really excited for Mirror’s Edge: Catalyst. Take it with a grain of salt, of course — not only should we factor in my well-catalogued obsession with repetitive, perfectible experiences, we have to remember that the original Mirror’s Edge looked just as good in previews, and the practically-mandatory gunplay that so… normalized the original title was nowhere in those previews.

I don’t see Faith wielding guns anywhere in the currently-available content for Mirror’s Edge: Catalyst. The stylistic Bauhaus-with-colour design of the city Faith is in — now named Glass — remains intact. From the gameplay videos, the parkour looks very smooth, like some valuable lessons have been learned from Dying Light and Dying Light: The Following. And DICE appears to be very much leveraging the time-attack aspect of the game, which, y’know…hook it to my veins~

Stay tuned to this space for more on Mirror’s Edge: Catalyst and also the job opening here at AYBOnline that will probably occur when the game releases May 24th.

Jesse Mackenzie is the Managing Editor for AYBOnline.com. He is also the proud owner of a Pacifist achievement for the original Mirror’s Edge. He can be reached at jessem@aybonline.com, and his opinions are his own.

BETA EA Jesse Mackenzie Mirror's Edge: Catalyst Parkour Seriously The Hardest Part Of Getting That Achievement Is Tricking The Soldiers In The Second-Last Level Into Shooting The Servers But By Gob I Did It