May the 4th Be With You Sale! 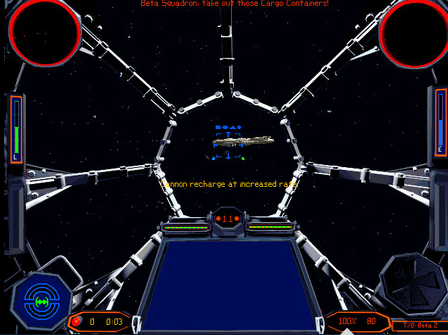 It’s not every day that you wake up and 1997 is knocking at your door, Well someone at LucasArts turned out to be a time travelling wizard who KNOWS what weWe all want…MORE STAR WARS BATTLES. I cannot express, and I mean express my gratitude enough for whoever made this call and released what I say is LucasArts most cherished series to come to the computer TIE FIGHTER VS X-WING, for those who never had a chance to play in the early 90’s here’s what you missed some beautiful, beautiful space some combat!

For the first time ever, LucasArts has made a massive expansion into the Steam platform. Traditionally classics such as this would be found solely on GOG.com, but not this time! Steam users have been given a treat with the arrival of X-Wing, TIE Fighter, X-Wing vs. TIE Fighter and more to be found on the Steam platform.

Not to be outdone by this expansion by LucasArts on Steam, GOG.com has beefed up their store by adding Rebel Assault series & Jedi Knight Academy.GOG is having a specialized sale and promo in honor of May The 4th Be With You – StarWars Day

You’ll be able to find a  sale in honor StarWars on Steam as Well, Lord Gaben dare not be outdone!

Personally I’ve already picked up the entire X-Wing VS Tie Fighter series, I couldn’t resist the feeling of getting back into aerial combat, locked in the hot seat shooting down REBEL SCUM. *cough*

A key note, asides my excitement I need  to share with that most of the X-Wing/Tie Fighter games WILL require you to use a Flight/Joystick. If you do not have one I would recommend getting one, or skipping these, as the games will be basically unplayable, or won’t load at all.

So prepare yourself for battle, do some training and find me online!

Orion, AYB Field Correspondent
Lover of cats, has a high gluten tolerance and enjoys a firm handshake, trust us when we say his opinions are his own