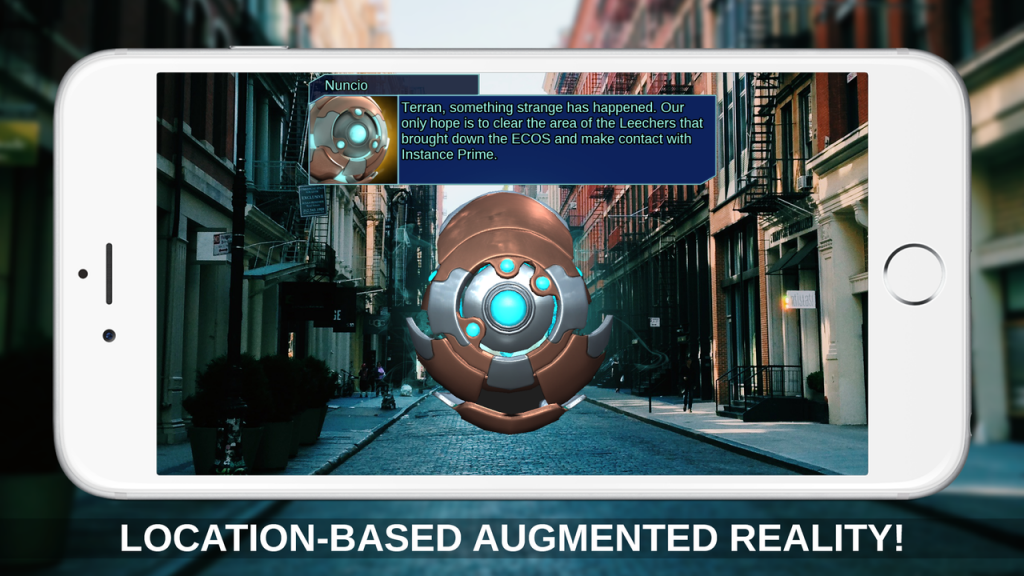 Getting a little tired of candy crushing awkward wooden structures built by pigs? Winnipeg-based devs ZenFri will have just the thing for you, later this month.

Clandestine: Anomaly hews much more closely to Ingress than the Halo ads that typically come to mind when someone mentions “ARGs”. Helping the distinction, ZenFri has nabbed Spider-Man and Gears of War 2 writer Joshua Ortega to plot out their intergalatic offering. Looks promising!

On June 23, the anticipated mobile entertainment title, Clandestine: Anomaly, is set to pull you into an intriguingly personalized alternate-reality science fiction adventure after an alien spaceship crash lands in your neighborhood, narrowly missing your house.

The new project from Winnipeg creative hive mind ZenFri, Clandestine: Anomaly turns you into an unwitting tactical galactic sentry via your iOS or Android device, and immerses you in engaging seek-and-destroy combat taking place right in your neighborhood, all wrapped in an unfolding and complex narrative. Co-penned by award-winning writer Joshua Ortega (Gears of War 2), Clandestine: Anomaly is the Grand Prize recipient from the acclaimed GamAR 2013 Metaio Developer Competition.

Clandestine: Anomaly isn’t about your augmented reality, it is your new reality as your phone becomes the tool through which a deep and striking location-based narrative unfolds all around you. Clandestine: Anomaly utilizes players’ immediate location to turn their surroundings into a personalized science-fiction action game, harnessing world-class augmented reality technology for an entirely fresh single-player, reality-based game on mobile phones.

After your phone is hacked by mysterious and advanced alien technology, you are thrust into the middle of an intergalactic war. Though you possess no training, no experience, zero authorization and no skills that can help you navigate through the interstellar struggle, your involvement is paramount to deciphering the clues in your immediate area and beyond. Unraveling a multi-dimensional mystery, it’s up to you to act.

Clandestine: Anomaly features detailed and action-packed geo-based seek-and-destroy gameplay, a rich and personalized storyline where your phone’s technology levels up as you progress and ultimately unlocks new gear and technology, unique weapon configurations for customized loadouts, and a blend of strategic and tactical decisions that will ultimately affect you, your city and in all likelihood, humanity as a whole. Your reality hasn’t been augmented, it’s been revealed.