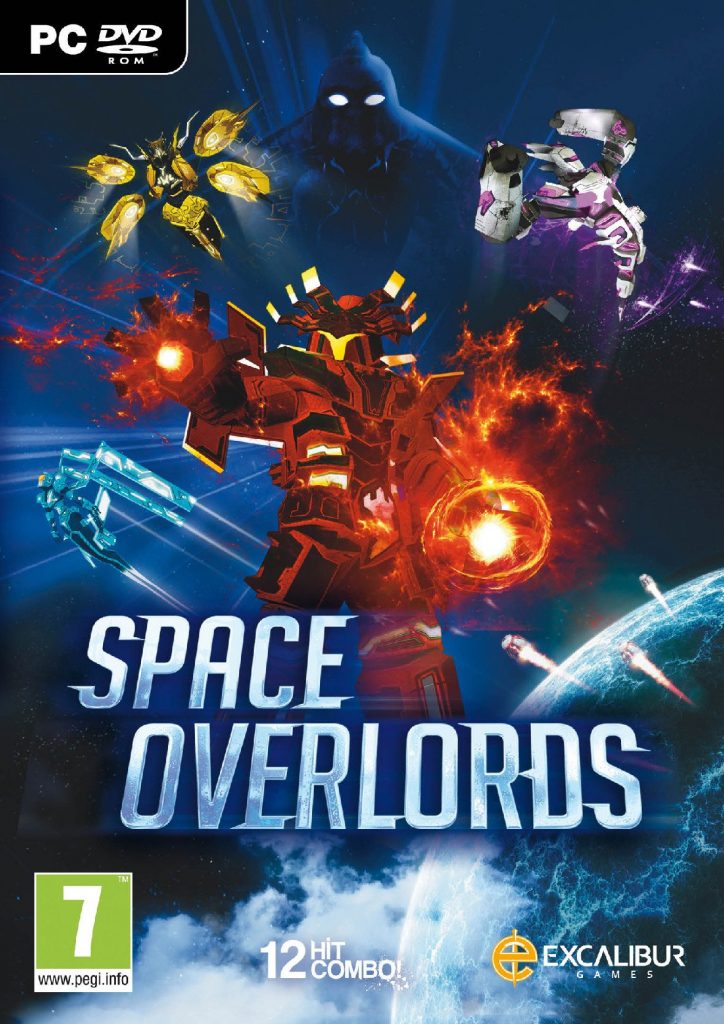 Space Overlords is a top-down action brawler, designed for an entertaining couch experience. Players control one of eight giant robots, an Overlord, using their death-dealing metal menace to lay waste to planets and get power-ups. Compete with friends, crush your enemies. Did I mention that you also build planets?

Space Overlords is also a community-based planet creation game, where players can create their own system of planets literally from the ground up. Select from multiple base options for your planets, such as forest, concrete or metal, then customize their planets’ populations, buildings, atmosphere types and more, Take a look at the brand new video which details the galaxy creation system.

Having crafted a planet, or even a solar system, players will be able to upload their creations for the rest of the community to challenge, LittleBigPlanet-style, with countless levels available in the community hub. In fact, levels created and uploaded on any platform will be available in all versions of Space Overlords, making even more challenges available.

So what do players actually do when they land on a planet? Choosing from an array of hulking Space Overlords with unique powers, players will rampage across entire 360-degree planets, trampling on buildings and attacking the planet’s defenses, and decimating planets completely.

12 Hit Combo’s Edwin Vargas Cortés gives us details on the multiplayer modes available in Space Overlords: “You can have up to four players playing on the same planet. And basically it’s like a deathmatch. We also have team deathmatch and other interesting modes, like where one player is infected and has to get rid of that infection. I think that makes for really fun, easy to pick up gameplay.” Space Overlords will release on the PlayStation 4, PlayStation 3 and PlayStation Vita in early December.

Jack McBastard is a contributor for AYBOnline. His opinions are his own, and possibly those of the brain slug’s who controls his thoughts.