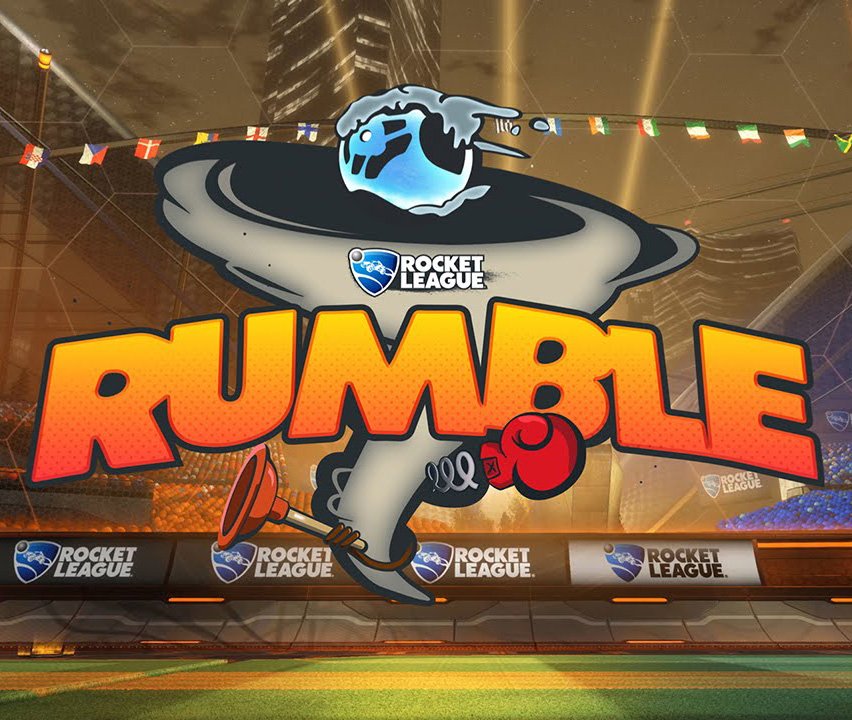 The dust may have just settled from this past weekend’s championships, but Psyonix didn’t stop the hype there. They took to the stage to announce the next big thing for Rocket League fans. Rocket League Rumble will bring matches to a whole new level with a huge list of all new power-ups and abilities that players can use in the new game mode. And as usual, all of this DLC awesomeness is free of charge for all Rocket League owners.

Psyonix has released a list of just some of the power-ups that will be available in the new DLC and it sounds like they are gonna be a blast!
– The Boot (Kick’s an opponent’s car)
– Disruptor (Forces the opponent to drive uncontrollably)
– Freezer (Freezes the ball in-place)
– Grappling Hook (Pulls you towards the ball)
– Haymaker (Punches the ball)
– Magnetizer (Attracts the ball to your car)
– Plunger (Grabs the ball via plunger and cord)
– Power Hitter (Hit everything harder)
– Spike (Attach the ball to your car when you bump into it)
– Swapper (Change positions on the field with your opponent)
– Tornado (Sweep up the ball and cars into a giant funnel cloud)

No official release date has been given, but Psyonix has said that Rocket League Rumble should be available sometime next month for free.