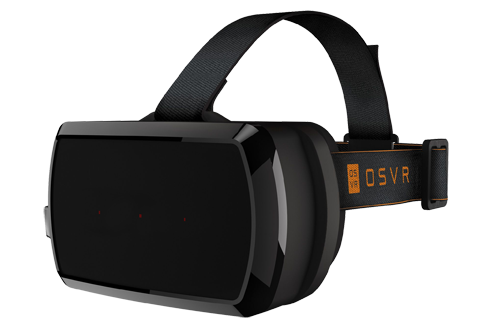 If you’ve been to a Baselan in the last 3 years, then there’s a great chance that you’ve had the opportunity to try out some pretty cool new technology. We’ve demonstrated all sorts of products like the XIM3 and XIM4, Nvidia 3D Vision, and Surround gaming, Racing wheels, and we even have a couple of Oculus Rift developer kits that are regularly shown off. It’s safe to say we’re big fans of new tech here at AYBonline.

Leap Motion is another company that we’ve been doing product demos for. The company makes a patented hand gesture control system, somewhat like the controls used in the movie Minority Report. You can control all sorts of programs with the swipe of your hand, or the point of a finger.

Recently Leap Motion announced a partnership with OSVR to integrate Leap technology directly into the open source VR headset that Razer is developing. OSVR will be offering an optional faceplate for their forthcoming Hacker Dev Kit that will have Leap Motion built right into it.

Developers have been working with this kind of combo for a while now. Leap themselves even sell a bracket to attach the device to Oculus Dev kits. However this will be the first time a VR headset comes integrated with the tech.

Razer has said that pre-orders for the OSVR kit will open in May and it will be priced at $199.99 USD. The Leap face plate will also be available for order, but no word yet on pricing. Hardware will ship in June to those who sign up for priority access.

VR is really starting to pick up momentum, and the developments are both exciting and promising. Bringing hand movement into a first person VR experience is most certainly the next big step in feeling fully immersed in the experience.

While it’s important to remember that this is simply another development kit, there are bound to be a number of early adopters that pick these up just like with the Rift dev kits. Will you be one of those ultra early adopters or are you waiting for a retail VR option?