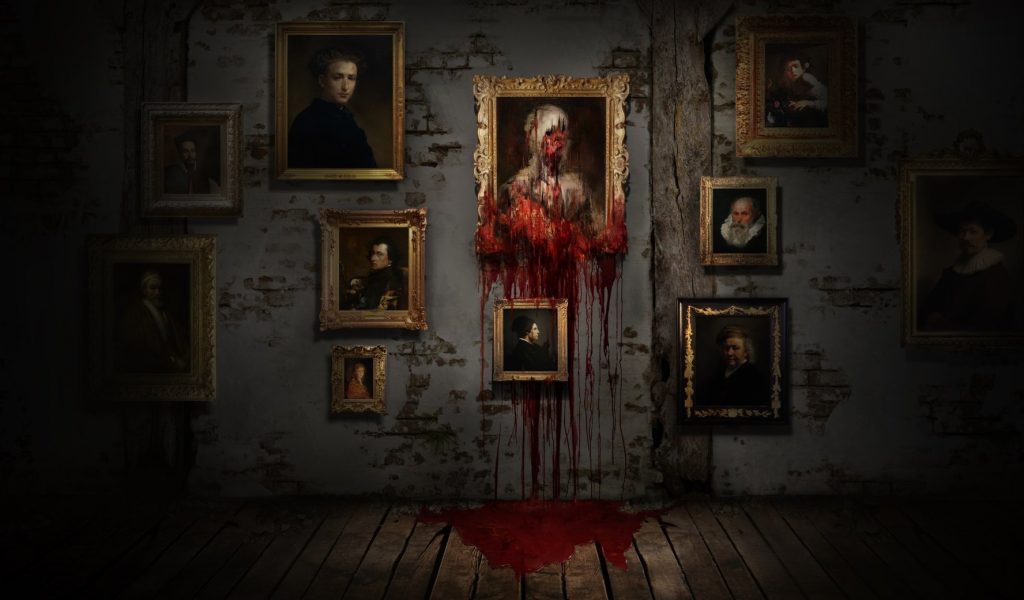 I know what you’re thinking: “Kate, you know where this leads. Why would you subject yourself to this again? It never ends well for you.”

As it turns out, I am the bravest AYB member to take on such spooky games. Plus, I lived through the first game and loved it, so why the hell not?

I tried a bit of the demo at  Rooster Teeth Expo, but what you saw in the video didn’t even cover the surface of what I experienced in my first hour or two of the Inheritance DLC.

To give a bit of background (and some history, in case you haven’t read my reviews and the series I’ve been writing), the original Layers of Fear game told the story of an alleged tortured painter, who sets out to complete his Magnum Opus, but must piece together his past while experiencing terrifying visions and the threat of his sanity slipping away.

The Inheritance DLC returns to tell a story from the perspective of the painter’s daughter, who returns years after the events of the original game. Does insanity run in the family though? The daughter ventures into her abandoned childhood home to find answers.

What I initially thought was going to be a story told from the perspective of the Adult Daughter, that is only a small fraction of the actual game experience. The game plays out through a series of memories, where you must explore these memories as the daughter when she was a child.

How many horror games let you experience them from the imagination of a child? Not many. I was honestly pleasantly surprised at this.

Before I talk about what this means for game experience, I should run through some of the standard things I talk about, and probably the stuff you’re reading this for: what’s the same and what’s different in terms of gameplay, sound, graphics, and the like.

Once again, the horror exploration aspect is alive and well, and, just like the original game, your goal is to make your way through the mansion and through your memories to discover the truth. There are more objectives and obvious puzzles to complete in the DLC, some puzzle requiring you to find certain objects in order to complete a task to move on. As a small child, you may not be able to reach high up but you can easily see things closer to the ground or hiding under things, which adds its own factor of eeriness as well.

Just like the original game as well, the sound engineering is beautifully executed, and the team took a lot of care to craft atmosphere in a way that is Layers of Fear-like but also its own unique way to tell this new story. Once again, directional sounds to aide where you should investigate next, and the tension crafted through sound creates this feeling that the truth you’re up against is much larger than you.

And graphically, the Inheritance DLC is beautiful as well. One of the things I will probably critique are the rooms where, as a child, wading through wafts of smoke can be a little overwhelming, especially when you are trying to figure out where you’re going. This has so far been during the start of my nightmarish journey, and I imagine it won’t last throughout the whole game. That said, the smoke effects in the game look realistic without compromising the performance of the game.

So let’s circle back around to the statement of playing this new story through the eyes of a child, and what that means in terms of the spookiness.

In Layers of Fear, much of the horror experience played off of paranoia and a shambling mental state of someone slowly losing their mind. You question a lot of what is real, if it’s really happening, or if it’s a product of this mental break. Illusions and restructuring of the mansion plays this up, and you slowly question if you yourself are going crazy playing the game.

With the Inheritance DLC, much of the horror experience plays off of surrealism. I don’t question if what is happening is real when playing as the daughter, but more so if the events that unfolded in the daughter’s memories are how she interpreted it as a child. As a child, family tension and fear manifests itself into a concept that children can understand and communicate, while they appear very different to an adult.

As a result, I think the Bloober Team are going to make this a more surrealistic horror experience. I’m glad they didn’t rehash the same tactics from the original game — effective as they were — and instead opted to interpret what fear means from an entirely different perspective.

It’s definitely going to make the full playthrough of this game far more interesting as a result.

Keep an eye out for my full review and pray for me: I think I’m gonna need it to survive this brand new nightmare.

As well, don’t forget our Layers of Fear Contest going on right now until the end of August! Please read through the details and, if you’re interested, send us your best. Who knows, you might even be able to win a copy of Inheritance as well. Winners will be announced September 1st!