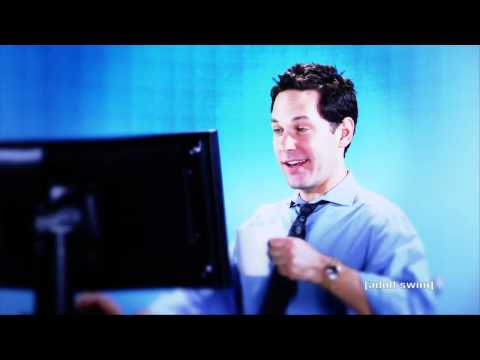 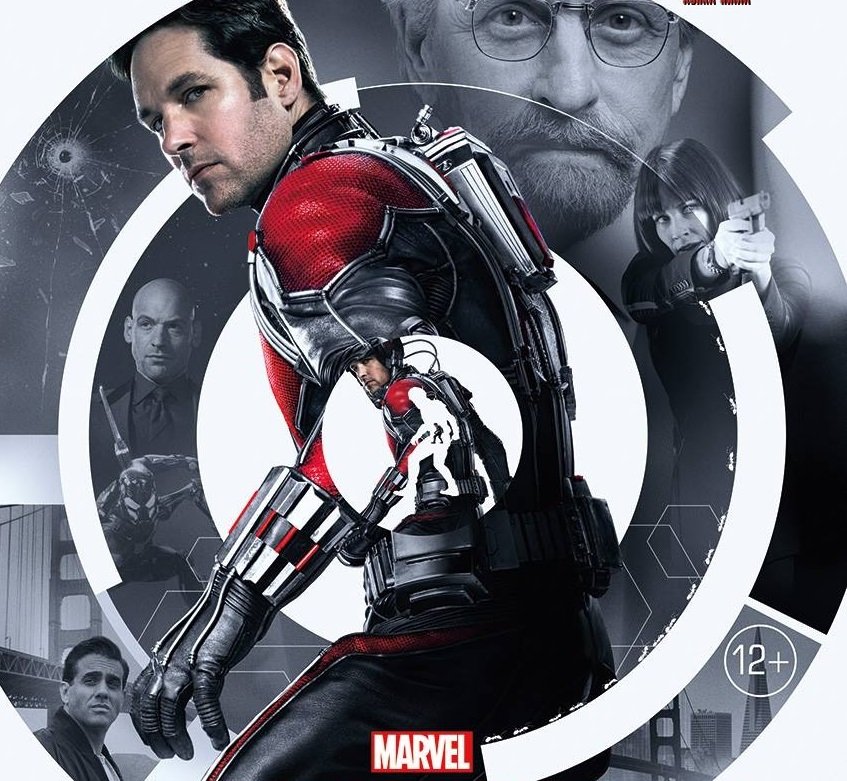 Going in, I didn’t know what to expect of Ant Man outside of Paul Rudd. I knew his humour from as far back as Friends, then I Love You Man, and his hat wobblin’ from Tim and Eric. So the big question for me was: how much of the great Paul Rudd are we getting in Ant Man? It turns out not much.

It’s been a while since we got a superhero origin film from the Earthly side of the Marvel Cinematic Universe and with Ant Man arriving after Avengers: Age of Ultron it’s a massive change in more ways than one. We have the usual character introductions and setup but first and foremost Ant Man is a heist movie. This spin on the origin story works well by giving us some stakes that feel a whole lot more grounded, especially after the giant floating city in Ultron, because it all comes down to Rudd’s Scott Lang just trying to be there for his estranged daughter. This angle works well which is why the tie-ins to the Marvel Cinematic Universe feel out of place at best or arbitrary at worst. Even when they feel arbitrary they make them work by sticking to the more grounded aspects of that world; not a single monster, mutant, alien, or superhuman makes an appearance which probably makes this the first Marvel film to keep it to us normies.

That normalcy works to the film’s benefit but it’s a double edged sword that leaves it feeling subdued outside the fantastic action sequences. Rudd’s Scott Lang is an ex-con thrown away for cat burgling a mega corporation and, after being released his shot at a normal job goes badly so he turns back to a life of crime. Sound familiar? Michael Douglas’ Hank Pym and Evangeline Lilly’s Hope Van Dyne give us the backstory and some emotional weight but not a whole lot else. Corey Stoll goes to waste as the villainous CEO, whose name I can’t remember, holding the goods Lang needs to burgle and is insane…for some reason that’s never made clear. Rudd’s notable charisma and comedic chops are strangely absent outside of a few good quips, so colour me surprised when it’s the supporting cast picking up the comedy tab.

It’s no secret that Edgar Wright was set to give us his version of Ant Man before he and Marvel abruptly parted ways right before production started. Peyton Reed stepped in and gave us the movie we have today but despite all of the rewrites a few of Wright’s fingerprints are still apparent. So when the script fails to give Rudd the laughs we get Michael Pena’s Luis instead and it’s great. His jokes hit the mark and his stories have Wright’s rapid fire editing style and gags. Luis and his goofy crew of heisters aren’t given nearly enough screen time until the finale.

While the human sized moments feel almost dull at times the movie really pops during the action sequences. The visual effects teams knocked this one out of the park when things scale down for the action with starkly contrasting flow and energy. Whether it’s the final heist or Lang putting on the suit for the first time the CGI sequences just look cool. Watching Ant Man scurry through a dance floor past thundering feet and pulsing electronic music is a treat and it’s sequences like this that really made the movie for me. The action often has a levity to it that is sorely lacking in the rest of the film and there’s great physical gags that work for laughs and show off the tiny man’s power.

It’s those shifts from levity and sporadic attempts at drama that make it feel like it’s missing a strong, singular vision. You have your spectacle. You have your drama. You have your laughs. The pieces are there but I never felt like Reed brought them together into a good fit. Like Captain America: The First Avenger, we may end up remembering this one less for the movie it was and more for how it tied into the MCU.

Matt Kondracki is a Contributing Editor to aybonline.com. His opinions are his own.