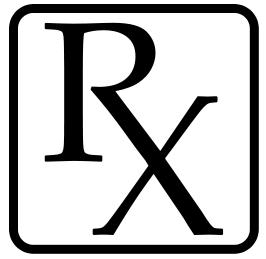 Anyone who has hung out with me for a little while can easily tell you I have ADD. I forget what I came into a room for, ninety percent of the time, and cannot finish a story without pausing a couple times in the middle to try to remember why I started the story in the first place. You should see me write these articles, it’s a disaster. My doctor even had me on Adderall for a period to help me with day to day life. I’d probably still be on it except that a symptom of ADD is you have a harder time considering consequences and I never really heeded my doc’s warning to stop drinking while taking the pills. For me it was like putting on glasses for the first time when I desperately needed them my entire life. Everything gets clearer and slows down. My thoughts become manageable instead of the complete mess that usually takes up residence in my brain. But the real question is did drugs make me better at games? Oh shit yes.

But the issue isn’t as cut and dry as “should drugs be banned from competitive gaming?”. E-Sports isn’t like conventional professional sports. Our athletes don’t compete with their bodies, so the only way to effectively dope is to alter the way we think. Uppers decrease our reflex time and give us a greater ability to focus. These boosts are not the same as comparable advantages of performance enhancing drugs in physical sports. With some training and a bit of practice and a decent amount of drugs a really big guy is going to hit a fastball pretty hard, but no amount of Adderall is going to make me beat flash at Starcraft. Obviously this is a serious simplification. Drugs can’t teach someone to handle a puck or shoot a free throw, but strength being such a huge factor of professional sports, that is easily enhanced through steroids while the advantages of being able to focus more is much more difficult to quantify.

When I play Magic the Gathering with my friends I can miss things. My ADD kicks in and I will see that something will happen one way but as I continue to think about the play I’m going to make, I often forget things that I thought about previously. It can be hard to comprehend if you’ve never had a thought completely disappear from your head. One second it’s there and the next it’s gone, not like at the back of your head and just aren’t thinking about it, but completely vanished. As if you never even had the idea in the first place. Adderal made things stick around like your brain is finally firing on all cylinders. At least for me, but my brain is broken.

So how do I feel about Esports athletes “doping”? It’s hard to say, Adderall has legitimate uses and playing video games is definitely not one of them. I’m inherently going to be more lenient as someone who very much needs the drug to function properly, and at the same time I hate the people who are abusing it. I cannot give a definite position because I understand both sides of the argument very well. I’m not sure I would be entirely satisfied no matter how the future of the sport decides to proceed. For now I will give you an admittedly evasive conclusion: the future of drug use in E-Sports is clouded at best but certainly needs addressing at the very least.

P.S. After I finished this article and before I submitted it for editing ESL has stated that they will add random drug testing to its entrance requirements. I wish to say I told you so because that’s one of my favorite things to do, but I didn’t. Dave did though!