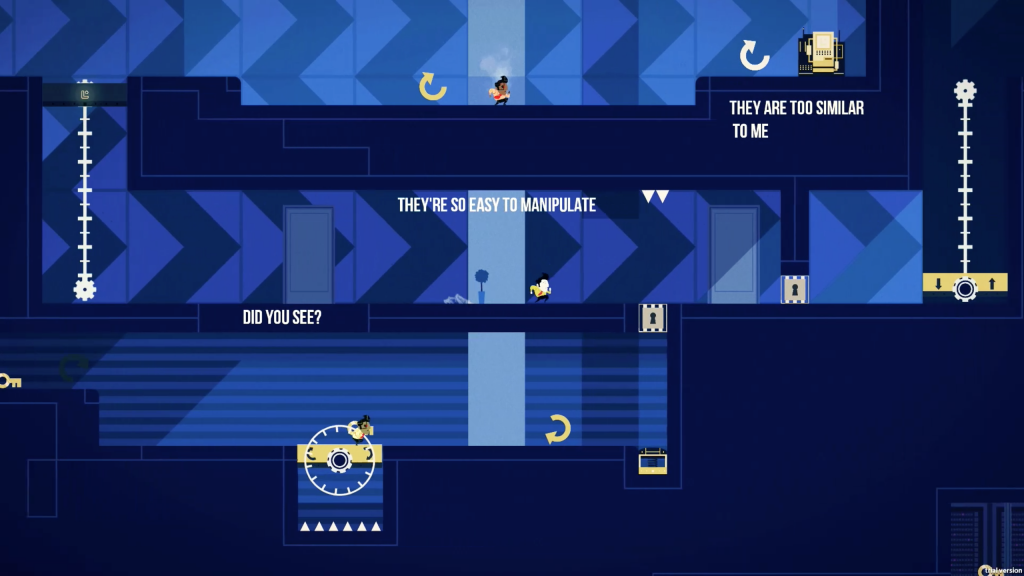 He doesn’t know who or where he is. He just woke up with the name KLAUS on his arm. Players step into the tiny shoes of one man trying to uncover the mystery of his identity and to figure out why he’s awoken in a dank, dark basement. Officially launching on the PlayStation 4, La Cosa Entertainment’s puzzle platformer, KLAUS, blends stylized artwork with a non-intrusive narrative and controls unique to the PS4.

Featuring darkly coloured stages influenced by the psyche of the troubled protagonist, KLAUS looks like it has high contrast style to spare while you’re solving puzzles in this 2D side-scroller. Boss battles will top off some stages and the devs at La Cosa are looking to use the PS4’s touchpad in some interesting ways.

Focusing solely on the PS4 platform has apparently helped the developers at La Cosa add more elements to the game than originally planned. “We’ve been working on Klaus for two years now, and have seen it change a lot. It’s never looked better or has been closer to our original vision,” said Victor Velasco, La Cosa Entertainment’s creative director and game designer. “Our only hope is that the players find Klaus’ memories and discover his identity.”

This game was originally shown off at PlayStation Experience back in early December, and as a fan of puzzle platformers, it’s been sad to see the genre fade into obscurity again over the last few years. Which is why I’m super excited for KLAUS. It brings the genre closer to its former glory, and for that I am grateful. But outside of the actual gameplay comes a pretty intriguing story to boot!

KLAUS is available now on PlayStation 4!

Quinn Smith is a Writer and Streamer for AYBOnline.