Klaus: A Journey in Existentialism 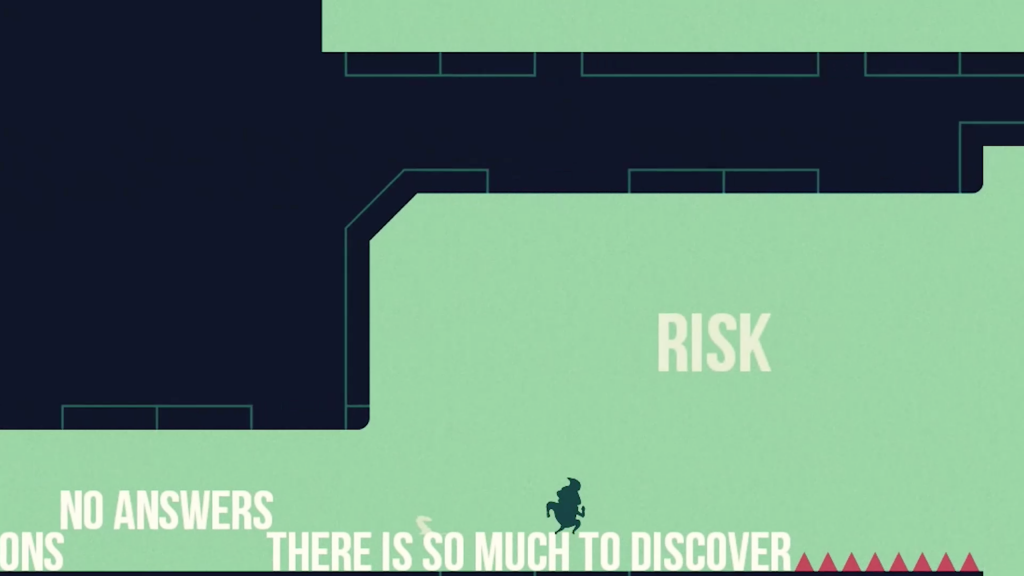 You wake up in a basement, not knowing who or where you are. All you have is the word “KLAUS” written on your arm. Who is Klaus? Better question: what is Klaus?

KLAUS is, at its heart, a platforming game, and a very good one at that. Dive in a bit more, and you’ll see some very clever puzzles thrown in as well.

Heavily influenced by colour, every level in the game has a solid colour base, even when colour is locked to one per floor. The colours help convey the story and Klaus’ level of understanding of why he is where he is, his situation in life, and his journey of understanding.

The story is engrossing from the very beginning, told through text that pops up on screen. The interesting thing about that, however, is that if you aren’t playing with your headphones on — and I very much suggest that you leave the headphones on the table for this one — your Dualshock 4 controller speaker will alert you when Klaus, and later on K1, are talking to you, the Player.

That’s right, this game also breaks the Fourth Wall, dragging you into the experience as the silent, ever present Quality Assurance agent, named Player. As Player, you take control of the titular character, and later on his companion, K1.

You also have the power to manipulate certain parts of the game using the touch pad on the controller, in order to help progress the characters, block harmful obstacles, and fetch keys to progress further. You aren’t playing the silent watcher for once, which is a welcome change. 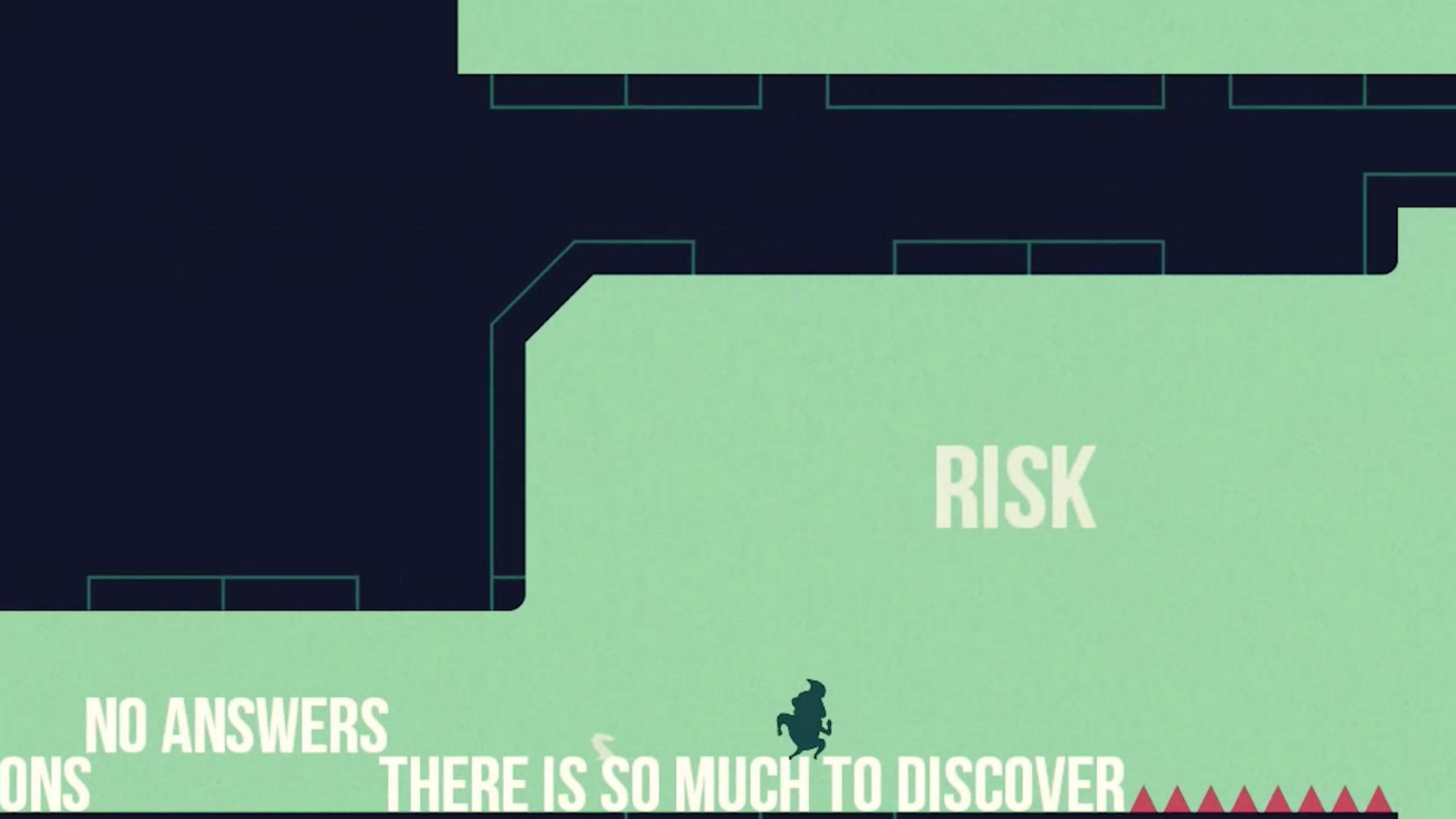 But how did this all start? As alluded to earlier, Klaus has no idea who he is when he wakes up in the basement of a skyscraper. The only thing that points to his true identity is the name “Klaus” written on his arm.

As he explores the basement, he encounters the screams of a damsel in distress, only to find out that it’s a recording that is being played on a loud speaker (in a fantastic ode to Valve’s Portal games.) You move on from this disappointment to dealing with ominous crashing sounds, which turn up our culprit: K1! However, he is also the first boss of the game. Once you beat him, the next destination is the Duct Level.

As the game progresses from here, Klaus and K1 converse with you as Player, and you find out that K1 really likes Klaus from the get-go, but Klaus HATES K1 to start. He comes around by the end of the game and learns to appreciate K1, but not before going through a rebellious phase, where he goes from using the opposite controls, to not even allowing Player to control him, forcing some well-timed manipulation of platforms. 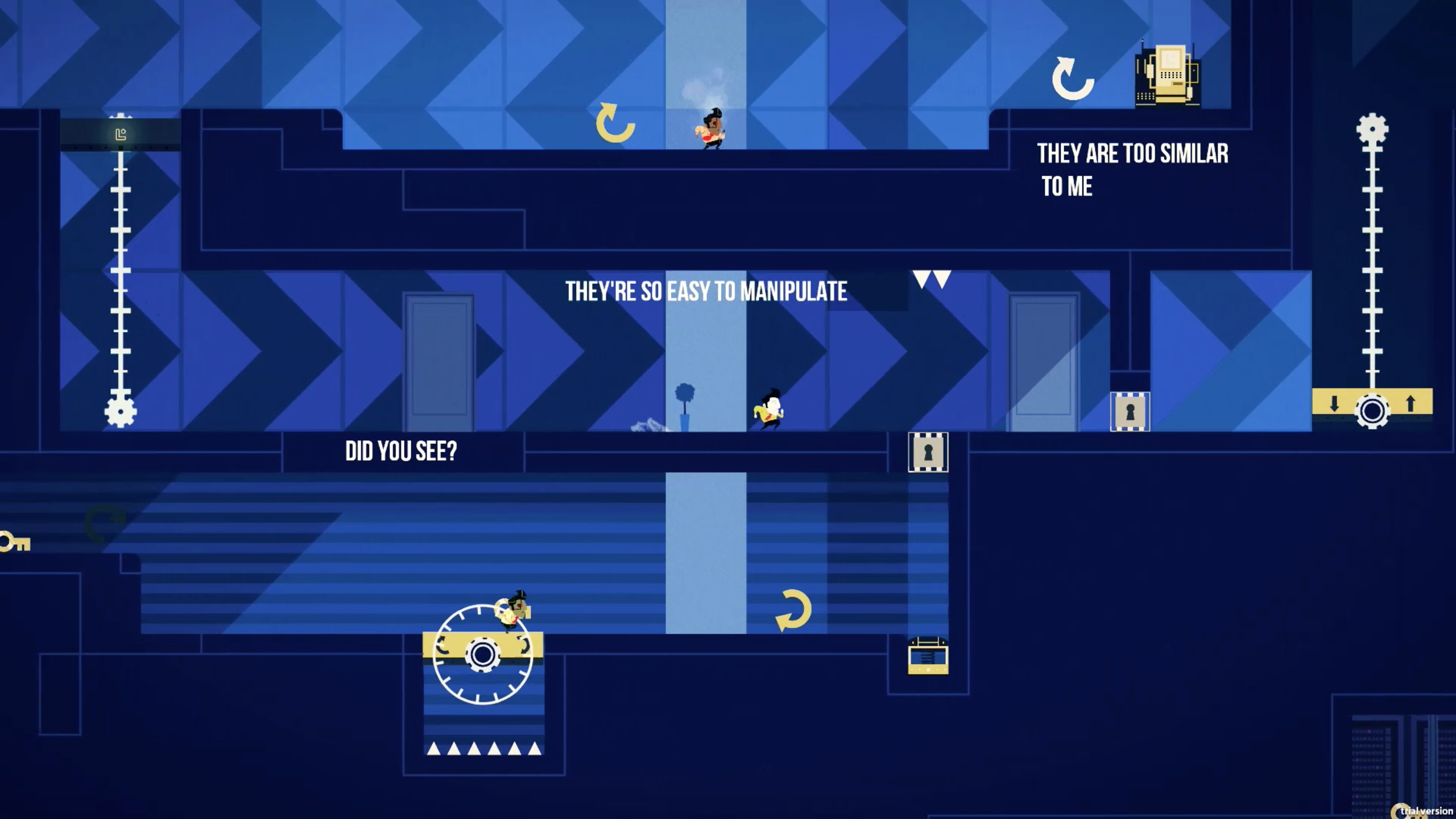 The game culminates in reaching the rooftop, which is your final goal. Playing from the Basement, to the Ducts, Offices, Power, and Glitch levels, when I finally made it to the top, it quite literally took my breath away. It takes quite a bit for a game to do that these days — and my god, was it great. After playing through Red, Green, Blue, Purple, and Grey-based floors, seeing an array of different colours was nothing short of amazing.

There are also secret levels that have been hidden around the chapters, which are discovered by collecting pieces of doors. Once you’ve collected all 8 pieces of a door for a floor, little snippets of memories are revealed, explaining who Klaus really is. Each of these levels also has an exclusive mechanic, with very few being repeated. These are rather challenging, and test your abilities to make jumps and figure out puzzles and obstacles. These aren’t absolutely necessary to complete the game, but getting to see all the memories is really satisfying and makes the overall story that much better.

Over the course of the 7+ hours it took to finish the game, I never wanted it to end. KLAUS kept dragging me in and kept me wanting more and more. The ending was rather melancholic, but in a way, that was also super satisfying.

This is a game that, if you have the time to dedicate to it, you simply have to play from start to finish. For developer La Cosa’s first game, it is nothing short of superb and I cannot wait to see what they will come up with next. Colour me one happy Player!

KLAUS is out now on the PlayStation Store, priced at around $20 but worth every bit. So go get it!

Quinn Smith is a Contributing Writer and Streamer for AYBOnline. When he isn’t feeling nostalgic over video games, he’s off trying to remember where he put his car keys. They have to be somewhere, right?