Kill Even More of the Past in Enter the Gungeon Update 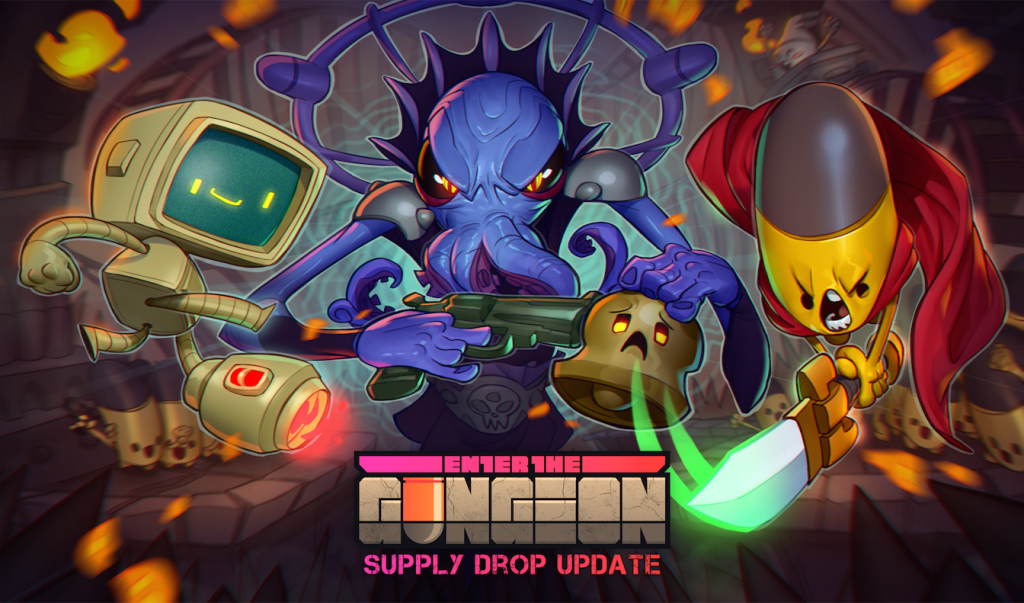 Enter the Gungeon is getting a bonus clip.

The Supply Drop Update has been announced, and it’s coming with more than 100 new rooms, new enemies, weapons, companions, bosses, and shrines. Among the new content is a gun that’s a bullet that shoots guns… that… shoot bullets. Players will also get acquainted with Ser Junkan, who gets more powerful the more junk the player carries. And the all-new boss will surely get along with the Beholster: he is none other than…

No, no. He’s the Mine Flayer — who must be the middle thing in this picture from Dodge Roll Games’ Twitter.

Players will be able to hunt the history of both the Robot and the Bullet, two unlockable gungeoneers in the main game that the Blacksmith had previously refused to give the Bullet That Can Kill The Past.

The free Supply Drop Update is parachuting in sometime in the fall, though it will be playable at PAX West at Booth 2343. I’m obviously grateful for new content, but ye gods, man, I haven’t even come close to beating the original. Devolver Digital says the dev team at Dodge Roll has another major update planned after this one before releasing a full expansion early next year.