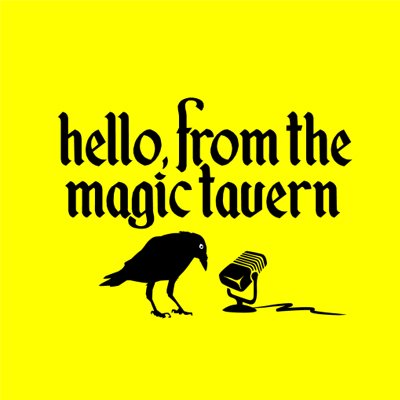 I’m fully aware that 2016 isn’t over yet. But I couldn’t contain myself anymore — I must spread the gospel of amazing audio eargasms.

Podcasts are my version of watching TV. I once binged 80 episodes of one particular podcast in a week. I absolutely love them. Heck, I love podcasts so much,  I co-host and produce one myself (sorry, had to get the plug out!).

Over the past year, I’ve been recommended or have come across some real gems in the podcasting realm — some spooky, some informative, and some just downright hilarious. Some of these have been around for a while; others have just come out recently. Either way, they’re all amazing and deserve every bit of recognition. So without further adieu!

Released very recently, Archive 81 follows the format of a story within a story. Hired as an archivist for the Housing Historical Committee of the New York State, Daniel Powell finds himself engrossed in the ominous recordings of journalist Melody Pendras and the occupants of an apartment block, in which everything is not as it seems. Unbeknownst to him, Daniel’s role in these stories is much bigger than he thinks. Described as “soft horror”, Archive 81 quickly became successful, with discussions of a second season in the works.

Described as a “podcast about the unknown”, the focus topics on Here Be Monsters is widespread and very diverse, with the show investigating (and sometimes confronting) the fears, truths, and lives of others — or sometimes of the hosts themselves. With topics ranging between survivors of cults, to individuals living with mental illnesses, interviewing psychics and scientists, the behaviour of crows, and delving into “pieces about science, drugs, death, religion, politics, and medicine“, Here Be Monsters is an exploratory podcast that gets you thinking.

Serial is a podcast that follows one story — a true story — over the course of an entire season. The first season covers the story of Hae Min Lee’s murder that occurred in 1999. Ex-boyfriend Adnan Syed was arrested for her murder and was sentenced to life in prison; however Adnan has remained adamant that he had nothing to do with her murder. Did he do it? Some think so; others don’t.

After sifting through documents, listening to the trial testimonies and interrogations, and interviewing anyone who might remember what happened,  Sarah Koenig — the podcast’s host and journalist — discovers that there is a much more complex story that has not surfaced to the jury or public.

Serial experienced a very successful first season and has since released a second season covering a completely different story about U.S. soldier Bowe Bergdahl. If you enjoy mysteries, conspiracies, and a hunger for the truth, Serial definitely serves to sate that appetite.

This is the first among a series of podcasts produced by the same people who did Welcome to Night Vale. Within the Wires acts as a series of instructional relaxation tapes issued to you, the listener, who is a nameless medical inmate of The Institute, by a mysterious narrator. But nothing is as it seems, as the narrator supplies subliminal messages along with her instructions. Can you trust her? Is she here to help you? As you proceed through all 10 relaxation tapes, an even more complex story unfolds — wait for it… within the wires.

A second season is currently in the works, and I’m honestly excited. Within the Wires’ plotline unfolded in an extremely unconventional way and I think we need more podcasts that experiment different ways of telling stories.

Alice Isn’t Dead is created by the same creative minds behind Welcome to Night Vale and Within the Wires. Alice Isn’t Dead follows a truck driver’s search across America to find her wife she believed was dead. Throughout her journey, she encounters serial murderers who aren’t as human as they appear, towns lost in time — literally, and a deeper conspiracy within a web of lies that goes beyond anything she ever imagined.

Told from the point of view of the truck driver, Alice Isn’t Dead plays out like a personal diary and account of events as she perceives them. The ending of the first season is one that definitely invites a second season to be produced (I’m still so excited, the way they ended it was absolutely incredible.).

I’ll start out with this: Lore is a treasure. As someone who loves urban legends and strange stories from the past, Lore fulfills the craving for a good story. Plus, they have a rather enticing tagline: “Sometimes the truth is more frightening than fiction.”

Produced lovingly by host Aaron Mahnke, Lore is a podcast about true life horror stories, exploring history, people, places, and fears of the past. Each episode is a different story, but Mahnke researches every single one with impeccable detail and tells it with wonderful suspense. From the dark days of Elizabeth Bathory to Dracula, to tales of creatures like the faeries and changlings, to the haunting stories of HH Holmes and witch trials, Lore explores the dark truths behind dark stories — and tells it with a sense of wonder.

“Tanis, from the heat and fire, from the sand and spire, her light to bed, her darkness fled, across the sea, eternal she…”

Tanis is a serialized podcast by the creators of Pacific Northwest Stories (PNWS — hurray Canadian podcasts!) that revolves around one mystery: the myth of Tanis. Tanis is everchanging: it can be a location, an object, a person… there are even rumours that Tanis was once a cat. Some think that Tanis is the fountain of youth; others think is a much more powerful entity. What do you think? Tanis explores the blurring between science and fiction, and the hidden truths and conspiracies behind the myth.

While some of the episodes tend to drag some of the seasons out, there are also very surprising moments and discoveries that occur that leave more questions and theories to pop up, leaving you hungering to know more. Drawing much inspiration from the Roadside Picnic and S.T.A.L.K.E.R., Tanis is sure to inspire you to always keep looking.

Another PNWS podcast, The Black Tapes is a serialized docudrama involving the paranormal. Alex Reagan, host and journalist of The Black Tapes, searches for the truth surrounding the authenticity of ghosts, while also investigating the mysterious past of a paranormal investigator who does not believe in ghosts, and the secret behind a set of unsolved mysterious Black Tapes that might be evidence of life beyond death and darker beings inhabiting our realm.

If you love being spooked, I definitely recommend listening to this podcast, especially at night.

Welcome to Night Vale holds a special place in my heart, primarily because it was my gateway drug into the wonderful world of podcasts.

Set in the small desert town of Night Vale, Welcome to Night Vale is performed in the style of a community radio, featuring traffic updates, community bulletin posts, news, cultural events, announcements by the Sheriff’s Secret Police, etc., all told in the deeply enchanting voice of radio host Cecil Palmer.

With characters like dark hooded figures, old women who secretly live in your homes, angels whose existence are denied within the town, dangerous librarians, and many others, it’s clear that Night Vale is not your normal sleepy desert town — but to Night Vale, it’s business as usual. The story that unfolds throughout each broadcast is an eerie one but all told in a deadpan, comedic style. It’s quirky and endearing — and their live performances are truly a sight to behold if you ever get the chance.

1. Hello From the Magic Tavern 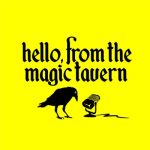 I had to save the absolute best for last. Hello From the Magic Tavern has experienced much success; so much so that they even performed a live episode at PAX East this year.

Arnie Niekamp, the podcast’s host, falls through a dimensional portal behind a Burger King, where he discovers another world: the fantastical land of Foon. Arnie is still able to pick up a weak WiFi signal from the portal, so with his newfound friends — Chunt the Talking Badger (who is a shapeshifter), and wizard Usidore the Blue (imagine a shitty Gandalf) — they produce a podcast at a tavern named the Vermillion Minotaur in the town of Hog’s Face.

Each week features a new guest: such as Goblins, talking flowers, hunger ghosts, skeletons, singing swords, and so many other delightful characters. And the best part: the entire podcast is performed entirely through improv.

Need a good podcast to bide the time? Maybe something new from your boring Spotify playlist? Check any one of these out. You won’t be disappointed.

Kate Rhiannon is a Contributor and Twitch Streamer for AYBOnline.com, and co-host/producer of AYBTV Live. Her opinions are her own. Feel free to follow her ramblings and creative projects on Twitter, Instagram, and Facebook! “Chunt’s up with that!”