Jump into Hyperspace with “No Man’s Sky” 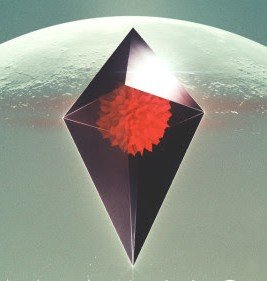 In a never ending universe where every experience could differ, Hello Games intends to bring a refreshing take on open world exploration and create a procedurally generated experience full of surprises in No Man’s Sky. Board your customized spacecraft and venture any way you wish through the vast solar systems with variable planets and moons. 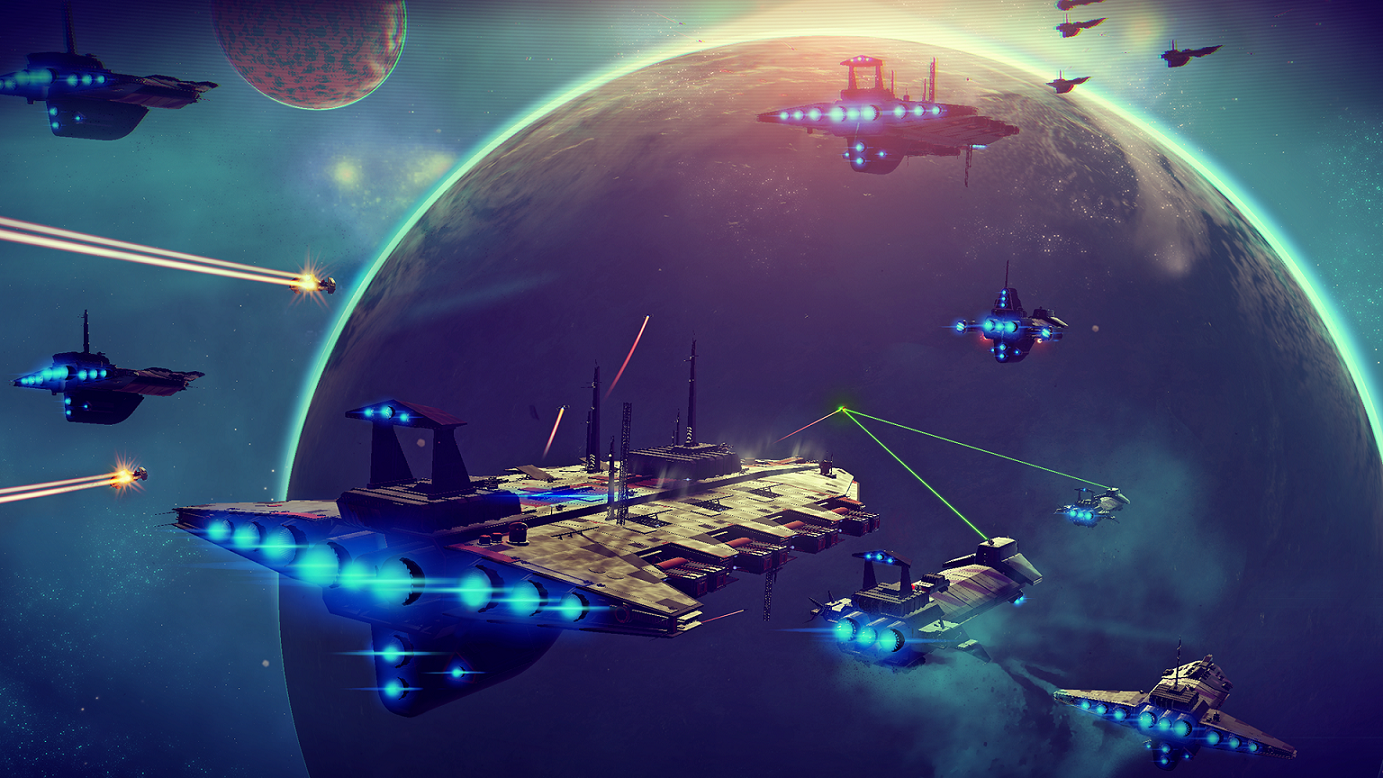 There is no right or wrong way to play open world games. Most of the time the game leaves you to your own devices or vices but there is always an end to how far your curiosity can be taken. Games such as Fallout, Elder Scrolls, and even Grand Theft Auto give you the freedoms of choice to make many open decisions but the experience, and the universe, can be similar to another player and ultimately a similar conclusion. But what if that experience doesn’t have to feel like there is an end? How much further can you explore? Where the excitement lies in the curiosity of how far the rabbit-hole can go. Better yet, how much further do you want to go? No Man’s Sky is attempting to do just that.

Hello Games aims to give you the tools to be the space explorer you have always wanted to be and it’s up to you to gather the resources to push further into the world; whether microscopically exploring planet surfaces on foot, potentially digging deeper into subterranean exploration, or macroscopically exploring the solar system to discovering new planets and moons; you can travel deeper into the unknown at your own pace, though be prepared; it’s hard to tell what will happen on the next planet you land on. At first I was intimidated by the thought of how vast the world is, I have a completion-ist mentality where it would be difficult to move on until I had drained ever last resource the area would have to offer, but with my chase for completion, the game gives an impression on you feeling chased, either by resource depravity or the new NPC threats. 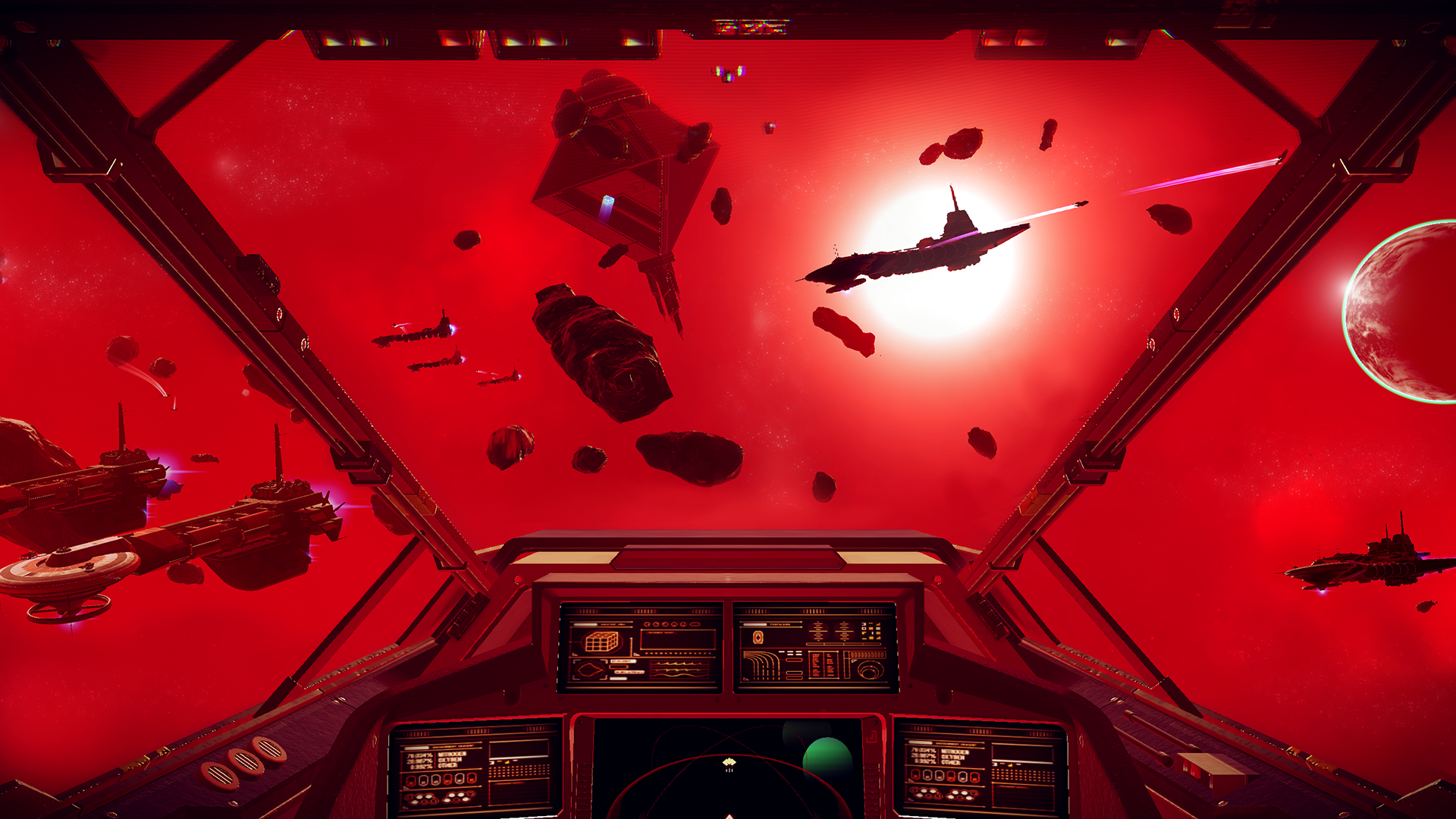 Left alone in unknown territory to fend against the local creatures, extreme climates such as a permafrost planet with temperatures dipping below -150*C, or the space authorities; survival not only depends on your equipment but possibly wit.

During your explorations you’ll collect materials to advance your ship, vital suit and weapons; resources can come from almost anything, from most floras and fauna comes some sort of usable element. But each biome’s resources are random: one planet can be rich with carbons and silicon, others may contain a material you need to get that upgrade on your vital suit, others might be barren. Destroying your environment to provide shelter from the cold, out running space police, and eventually learning to speak different languages to work with alien economies are all ways to survive and develop what you want to be. If you want to play like Han Solo and be the best damn smuggler in No Man’s galaxy you’ll need to keep upgrading your ship to make hyperspace jumps. Personally I’ll try my hand at being a space headhunter like the Predator, jumping from world to world looking for my next big game. Hello Games’ intent for the cycle of discovery and resource management to be vicious, but the urgency of materials is foiled by the almost dreamy designed surroundings, their boon and the eerie yet relaxing drift through space.

The art and design from the images and in-game footage currently available is akin to the pictures I used to flip through in Science Fiction Magazine as a kid. Expressing modern overlay and models with a classic and minimalist palette tone; but does No Man’s Sky capture my imagination stylistically the same way the magazines used to? We won’t know for certain until June 2016, but the collector’s edition tin spaceship statue (which is hand-painted) definitely reminds me of the tin rocket ships I had as a kid. It may be time for this grown up to play pretend again.

Kelvin M is a Contributor to AYBOnline.com.