So, a lot of you saw the news that Palmer Luckey is very, very quietly in the Trump camp, right?

Good. I’m glad you’re caught up. We won’t be touching that one today — it is far, far too easy. I am a Professional and I have Standards.

This just came down the pike from ESPN: the Philadelphia ’76ers have purchased top eSports teams Dignitas and Apex, virtually guaranteeing themselves visibility in the upcoming League of Legends Championship Series and displaying some serious vision when it comes to the future of sport.

I love some of the quotes I’m seeing from ’76ers reps in the article, so I’m going to drop them here wholesale:

“The market created itself and became a product that a quarter billion people are watching, and when they watch, they’re watching an hour and half a day,” [’76ers exec Greg] Richardson said. “But at the same time, it’s an incredibly large, immature market that is somewhat of a Wild West.”

I don’t want to go on this one too much more, as I’m sure our colleague Jon F. eSports, Esq. will have plenty to say about it in the next reSports Radio Show.

But I will say I am tremendously glad to see more players moving into eSports, and investing healthy chunks of money. (Per ESPN’s reporting, terms of the deal were not disclosed, but rumours of other recent deals would put the value of this one anywhere between $5 and $15 million dollars.)

It is very, very good for the industry as a whole, and will allow it to remain… independent from perhaps more mercenary influences.

The International Business Times reports that Paladins, the fantasy hero-shooter known more for drawing comparisons to Overwatch than its own qualities, has seen over 750,000 downloads since entering open beta, and is nearing 800,000 as we speak. This places it into the top ten or twenty titles on Steam in terms of concurrent users — and also puts it in an unenviable position previously occupied by Battleborn, a position known as “Not Overwatch“.

Now, look. I’m not going to knock Hi-Rez for “copying” Overwatch. We all kept track of which Overwatch character had which Team Fortress 2 ability when we were running around in Practice Mode. Don’t lie to me, you did it too. Video games are art, and all art is theft.

What I am going to knock Hi-Rez for is their sniveling statements about how some characters were in development well before their Overwatch equivalents — complete with example videos.

Guys, that’s a really bad look. You’ve got a great opportunity to be the only free game in an extremely popular new genre. Your game should be able to stand on its own merits. You should be saying, “Who cares? Come play Paladins and see for yourself, it’s awesome! YOU GET TO BE A DAMN DRAGON.”

But, no. Someone Is Wrong On The Internet, and you have to go spend valuable company time being right about it. Alright, fine.

You want something you should do instead of Being Right On The Internet? Maybe go back and support Tribes: Ascend again. Maybe don’t let that beautiful, shining light of a game, a solid and respectable entry in one of the greatest franchises in PC gaming, die alone and forgotten like a grandparent in a care home. Maybe take care of your games, instead of chasing the Hot New Thing from genre to genre.

FOR SHOVELRY! SHOVEL KNIGHT TO APPEAR IN YOOKA-LAYLEE

Quinn, this one’s for you.

Shovel Knight, star of the eponymous 2014 hit indie title from Yacht Club Games, is set to appear in the upcoming Yooka-Laylee, a spiritual successor to the Banjo-Kazooie titles of the previous decade and perhaps one of the most adorable 3D platformers I’ve seen in… ever.

Check out the teaser trailer:

Now, I have no emotional investment in Yooka-Laylee or the Banjo-Kazooie games, having spent the 2000s being real shitty at Halo and Street Fighter and tanking energy drinks until my bones became solidified caffeine.

But ghat damn if I don’t love the hell out of Shovel Knight. It was a glorious, perfect return to the 8- and 16-bit platformers of yesteryear, nailing everything that has eluded almost every other retro-platformer. It feels great, it plays great, the characters and music are a joy. It reminds me of why I play video games.

So I’m super-excited to see Mr. Knight join forces with Yooka and Laylee. They all look like they’re going to have a jolly good time together. 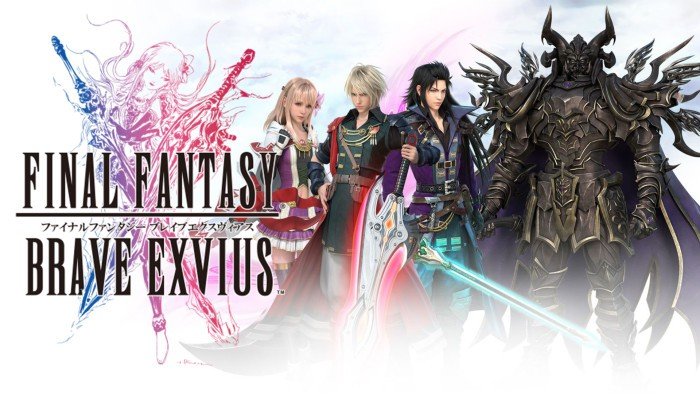 WHO FORGOT TO TELL ME THAT GOOD FREEMIUM GAMES ARE A THING? I HAVE WORDS

I recently got back on the Android bandwagon after relying on my BlackBerry from work for many years, and let me tell you, 2016 is amazing.

Among other things, it contains Final Fantasy: Brave Exvius, a freemium title released last year and available on the Google Play Store.

What you do is you take control of two swordsmen, Rain (seriously Squeenix with the weather names? Cloud, Squall, Lightning, Rain… I’m calling it now, the next one is Mistral. Anyway,) and Lasswell, knights of the kingdom of Grandshelt. The Crystals are in danger, as is tradition, and you have to go and cleanse the land of really cool-looking lootbuckets.

Rain and Lasswell can be joined by heroes from across the history of Final Fantasy — I’ve been playing for a few hours, and have already crashed dungeons with Cecil, Kain, Ludmille, and Kain again because Kain is great. And there is the usual array of Espers, extremely granular menus, and — importantly — an Active Time Battle system, like Hironobu Sakaguchi intended.

Dungeons are instanced — you do the story modes, and then you can come back and explore them in Exploration Maps, which resemble the proper dungeons of old. Every dungeon costs a certain amount of NRG to enter, and if your dudes die, you can spend the in-game currency, Lapis, to revive them instead of Phoenix Downs.

Here’s the catch — I’m earning Lapis and refreshing NRG at a rate that seems completely reasonable. Like, I’m done playing FF:BE before I’m out of NRG. And I have a bunch of Lapis in the bank for the rare times when I need to revive people.

This… doesn’t feel evil. Not yet.

I don’t know. I’m sure I’ll hit a wall, and I’ll be back here in a week or two with some Strong Words for Squeenix for some poor design choice somewhere.

But for now, I’m in my grandparents’ basement playing Final Fantasy IV back when it was being marketed as “Final Fantasy II” in that little red cartridge, and it’s the ’90s, and life is great.

See you next week.

Jesse Mackenzie is the Managing Editor of AYBOnline.com. He’s going to build a paywall, and it’s going to be the best paywall, and he’s going to make you pay for the paywall. He can be reached at jessem@aybonline.com, and his opinions are his own.

Apex Dignitas esports Final Fantasy Final Fantasy: Brave Exvius Hi-Rez Overwatch Paladins Philadelphia 76ers shovel knight Sixers The Words I Am Going To Have Are "What Are Some Other Good Freemium Games" And "How Do I Use Snapchat" Tribes Yooka Laylee