Alright! BaseLAN 30 was a hell of a weekend, so I might be a little bit behind on some of these, but you’re all used to dealing with lag, amirite~

( … unless you were at BL30, of course, in which case you got to experience the goddamn Rolls-Royce of a network and server we had, thanks to Madmonkey, Asdlkf [not a typo], no_be4rd, and other team members. Hats off to you guys — you earned it.)

BETHESDA OWES US NOTHING


“News is something somebody doesn’t want printed;
everything else is advertising.”

Recently, Bethesda announced that they would not be sending out review copies of games until one day before release day. This is something everyone and their Dovahkiin has already weighed in on, so I’m going to keep my take brief.

Yes, it is a disservice to consumers.

Yes, it creates distrust in their product.

Yes, it is something that extremely few large, consumer-facing companies do with their products.

But it’s fine. Completely fine. In my opinion, it’s actually kind of liberating.

The video game industry has spent years and years cozying up to a vassal, enthusiast press. Years and years of inviting gaming journalists into the soft, welcoming confines of yet another junket, yet another early release game, more dev access, wonderfully chummy mixers, on and on and on.

I was almost sickened by it. Maybe I’ve spent too much time in the trenches of mainstream journalism, but I missed the animosity, the fire of filing freedom-of-information requests and digging for that which someone does not want printed. The kind of stuff that gets Sony to blackball you, or foolish publishers to try and sue you. We are here to serve the public, to serve you, and if we’re not pissing everybody off at least a little when we do it, we’re probably not doing it right.

And here comes Bethesda, sick themselves of our shit. You’ll get your games just before the public does, they say. You’ve earned no right for special access. You’ve earned nothing. We owe you nothing.

Well, they are right. And I couldn’t be happier.

Good, Bethesda. Please revoke your special access. Please pull back from the culture of embargoes and advertising deals and junkets and the 7-9 scale. Please allow us the freedom and time to create the detailed, well-informed reviews the customer deserves. Please kill all the shady shit that got Jeff Gerstmann turfed from Gamespot so many years ago.

I love this. Legitimately.

Master has given Dobby a sock. Dobby is free. 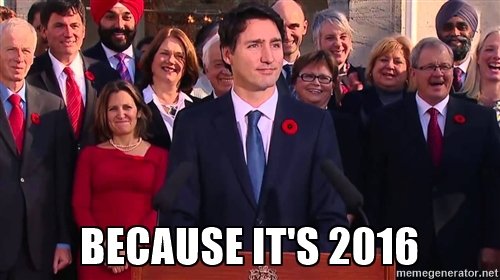 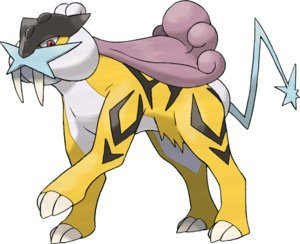 Per Business Insider, it looks like Pokémon GO is set to receive an influx of new Pokémon from Generation 2. Which is awesome and great, but I have… questions… about this one.

This is Raikou, who “embodies the speed of lightning” but looks like nothing so much as a “The More You Know” animation with tiger legs.

Anyway! Have fun catching Raikou and the other Generation 2 Pokémon soon!

Jesse Mackenzie is the Managing Pre-Pokémon Person at AYBOnline.com. He can be reached at jessem@aybonline.com, and his opinions are his own.