BaseLAN 30 is coming up this weekend. Today, I’d like to tell a little bit different of a BaseLAN story.

This one’s about quitting smoking.

I wasn’t as addicted as many others are, mostly because I hated smoking indoors.

I’d go through about five cigarettes a day, on average:

I was — and still am — in a high-stress, high-pressure workplace with a lot of smokers. Sometimes, I’d get a vicious cigarette hangover and wonder how much of me smoking was the desire for nicotine, how much of it was peer pressure, and how much of it was just inertia. And then I’d go back in there and make that deadline, because that’s what you do.

In between stop-start attempts at quitting, this was essentially my life in tar for five or six years.

I’m lucky enough to have friends and family who care about me, and who aren’t afraid to tell me when I’m being selfish, or a shithead, or just making foolish choices. And the time came when I couldn’t handwave their concerns away anymore. Couldn’t stand the look in my grandfather’s eyes when he could smell it on me. It was time to try quitting again.

Even then, I didn’t know when I would quit, just that I was planning to. At some point. When I could get everything together, and spare the mental bandwidth. When the stress went down. After this next deadline. You know. When it’s right. 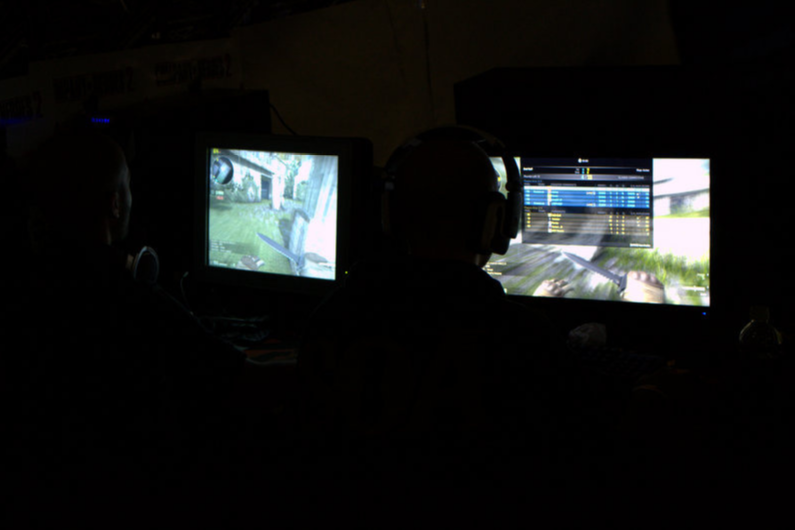 It’s BaseLAN, in the fall. This is at the Earl Grey Community Centre, before we started doing the big ones at C4. And before I became the site’s Managing Editor.

I’m outside, well after midnight on the Saturday. The tiny flame from an undersized Bic lighter casts my face in red. Flick, flick. Inhale.

Our site’s President, Aaron Kostuik, is also outside. And we start talking.

A few minutes later, the cold fall air creeping into our lungs, we’ve made a promise — we’d quit smoking. And we’d check in with each other again, at BaseLAN the next fall.

Some time after that, I went on a work trip to British Columbia. Not Vancouver — inland. Buried in the Rockies. It was a three-day trip. Fly in Tuesday morning, work Tuesday afternoon and all day Wednesday, fly back out Thursday. It was a good trip, and we got a lot done.

It’s evening on the second day. We’ve wrapped up work, tomorrow is just a travel day. I’m having a celebratory cigarette out front of the hotel, looking out over that beautiful Rocky Mountain skyline.

And I think to myself, “Man, if this were my last cigarette, I would be perfectly happy with that.”

And then I realized what I was thinking. And then I put the pack on the bench outside the hotel doors. And then I tucked the lighter away in a pocket (I still hang out with smokers sometimes, I’m not cruel), and I went back to my hotel room, and I ate snack food and crashed.

I didn’t smoke at all the next day. I bought gum when I got home; that didn’t work. I realized I needed something that replaced the action of smoking, not just the nicotine from it. Proper e-cigarettes were difficult to get at that point, so I bought a Nicorette nicotine inhaler.

And let me tell you: I hated this ungodly thing. No flavour, no smoke, no flame. Just a sharp poke at the back of your throat at the end of the drag. But I used it, for weeks. I’d go out where I used to light up, and I’d have to explain to everyone why I had this dumb-looking plastic tampon-shaped thing in my mouth, and oddly enough that helped too, in a way.

Fall turned to winter. I switched out my fall jacket for a winter one. And I forgot about the nicotine inhaler, tucked away in a little case in my fall jacket. And about a week into December, I realized I hadn’t used it in a while. And I was through.

I never checked in with Aaron the following year — that was the first year we were at C4, and he was busy enough. And sometimes, not everything in these stories gets wrapped up with a bow.

But I haven’t held a lighter to a cigarette since that one in the mountains, and it’s in part because of that promise.

It’s in part because of BaseLAN.

Here is what I have learned about quitting smoking:

You will constantly crave.

Have a reason for staying clean that’s stronger than your reason to smoke, whether it’s a promise, a story, or a person.

Sometimes, you need to replace the action of smoking, not just the nicotine. Consider this if the gum, the patch, the book, or cold turkey aren’t working. It can help.

Here is what I have learned about BaseLAN:

You will meet people that change your life.

Jesse Mackenzie is the Managing Editor for AYBOnline.com. As of this writing, he has been clean for 1,089 days. He can be reached at jessem@aybonline.com, and his opinions are his own.