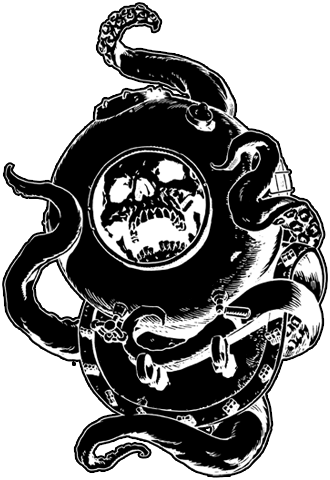 Classic games: whether you grew up with them or you’re just getting to know them now, there’s just something compelling about them. Many of you likely grew up with classics like System Shock, Turok: Dinosaur Hunter, and of course, the definitive edu-tainment games from Humongous – Spyfox and Pajama Sam anybody?

What if I told you that one studio was responsible from resurrecting all of those titles I mentioned, and more?

Boasting an impressive library of over 75 games of classic and obscure titles, Night Dive Studios have probably restored more than a few of your favourite classics. Night Dive Studios go a few steps beyond simply restoring games, presenting them not just the way they were, but the way you remember them being.

I recently had the opportunity to ask the studio’s founder, Stephen Kick, a few questions – to peer a bit behind the curtain and get an insight into their selection process and future plans. Here’s what he had to say:

Firstly, thanks Stephen, I really appreciate you taking the time to do this! Tell me about your process for restoring classic games. What is your game selection process?

Our selection process is pretty simple: we revive the games that we love. There are so many classics that it’s difficult to choose, but our supporters are very vocal about what they want to see, and that definitely helps the selection process.

There are a few dozen titles that were games that we wanted to play again, System Shock 2 being the most obvious, but games like Strife, Terra Nova, Bad Mojo, and the upcoming Turok release were titles the team wanted to work on, so we made an effort to secure those licenses.

Besides that, there isn’t a solid criteria for what we choose, as I believe every game deserves the opportunity to be enjoyed again – even really bad games have a place in the history of our medium, and can offer something to future generations of gamers and developers.

How do you acquire the licenses to distribute the games you’ve selected? What are the main difficulties, and what is the most fun/rewarding part of the process?

The search for the licenses begins with some research on the web. What happened to the original development team? Does it still exist, was it acquired by a larger studio, where are the team members today? Is there a live trademark for the title? Who is it registered to? These are all great starting points when tracking a game down. If we’re lucky the owner of the original dev studio retains the rights, but it’s rare.

The most rewarding part of the process is finding the owner, sharing with them our love for the title and having their support in bringing their game back to life. Imagine spending years of your life on a game only to have it fade from existence, never to be experienced again. No game should suffer that fate.

So far your studio’s primary focus has been on restoring classic PC titles. However, you recently hired Samuel “Kaiser” Villarreal, who made an excellent unofficial port of the classic game PowerSlave which contained much of the content that was exclusive to the PSX version (with plans to add content from the Sega Saturn version). Since you’ve recently acquired the rights to release PowerSlave, will you begin focusing on restoring other classic and obscure console games as well?

We haven’t secured the rights to PowerSlave, yet, but there are other other console titles we have been evaluating for re-release. We’ll be exploring those opportunities after work on Turok, and Turok 2 has been completed.

For the development of the System Shock remake, your studio recently hired some of the original team members from Looking Glass Studios, including Terri Brosius, Eric Brosius, and Robb Waters. What is it like working with legendary developers who created a game you were such a huge fan of yourself?

It’s been a real honor collaborating with the original Looking Glass team members, and it’s given us a better understanding of what made their games classics. The LGS titles were made by very talented individuals, and their love and passion for the medium shows.

It’s been over 20 years since the release of the first System Shock, and it’s been a wonderful opportunity for them to re-visit their old work and improve on it in ways they never could have imagined. I think fans of the series are in for a real treat.

Given that you’re working on a remake to System Shock, I’ve read quite a few rumors that you will eventually work on System Shock 3. Is System Shock 3 in the future plans for Night Dive?

As much as we would love to develop System Shock 3, we’re not equipped with the resources and personnel to do it justice, but we are discussing the possibility with other developers. So is it in our future plans? Yes!

Will you begin working on any Night Dive original franchises, or sequels to other intellectual properties you’ve acquired?

If I had a choice I think a sequel to Strife or Terra Nova: Strike Force Centauri would be a blast. As for original franchises, we’ll have to wait and see. There is an endless stream of classics to revive, but I’d love to create something original.

What is one thing that you haven’t been asked, that you’d like to tell everyone about Night Dive Studios?

So there we have it, a look behind the curtains at Night Dive Studios. Like the early days of Hollywood, the videogames industry didn’t really have a plan when it came to curation of titles. It’s great to see developers like Night Dive Studios make it their mission. I’m very excited for what the future has to hold for this studio.

A special thanks to Stephen Kick for taking the time to answer my questions. I hope you enjoyed reading them as much as I enjoyed asking them!

UPDATE: Otherside Entertainment has posted a teaser suggesting that they will be developing System Shock 3. Otherside is a studio that focuses on rebooting classic titles, and was founded by Paul Neurath, who also co-founded Looking Glass Studios and worked on the first two System Shock games. As of yet, the details on System Shock 3‘s development are unclear, as ownership of the intellectual property appears to belong to Night Dive Studios. I have reached out to both studios for comment, and will keep you updated.

Jake Carewick is the Senior Editor, Indie Games here at AYBOnline. He enjoys classic shooters, and bleak games from Russia. Any opinions expressed are his own (especially the ones about bleak Russian games).