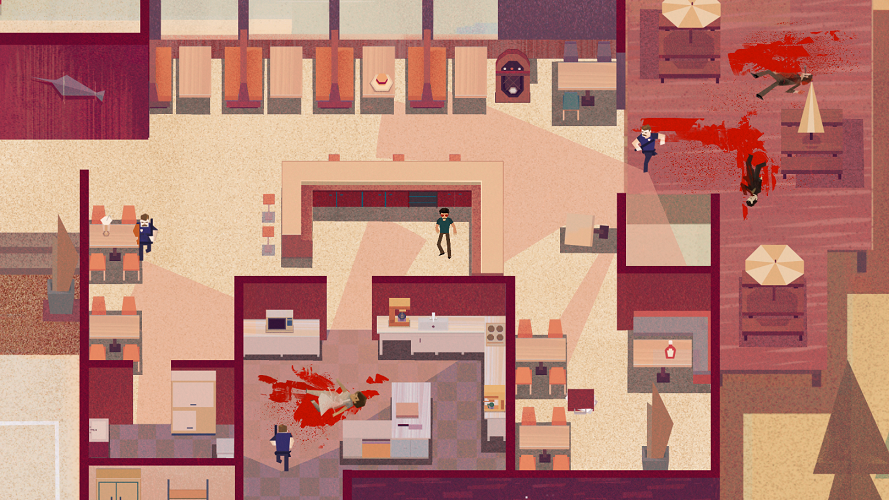 The bad guys pay better, and in iFun4all’s upcoming title Serial Cleaner, it’s the bad guys who tend to have need for your particular set of skills.

You are a cleaner. When legitimate businessmen get into trouble — say by “accidentally” killing someone(s) — you make that trouble go away by sneakily disposing of any evidence. Basically, you’re the Wolf from Pulp Fiction.

The story takes place in the 1970s. You’re a professional, never asking questions, and always sure to use steal. Your moustache and aviators fill your clients with confidence (presumably). iFun4all says the game doesn’t take itself too seriously, taking a “humoristic and slightly macabre approach to its subject matter.” Ha! Murder.

The developer also says the levels take inspiration from actual 1970s murder scenes, which is, you know, unsettling. The game also uses real world data to modify levels according to the time of day wherever you are playing.

The art style is great and the music in the trailer gives me high hopes on that front. The game itself has a Hotline Miami look to it, and iFun4all says players will be rewarded for exploration and experimentation.

iFun4all hasn’t said what platforms it’s going to be coming out for, or an exact release date.