I Find My Lack Of Faith… Disturbing 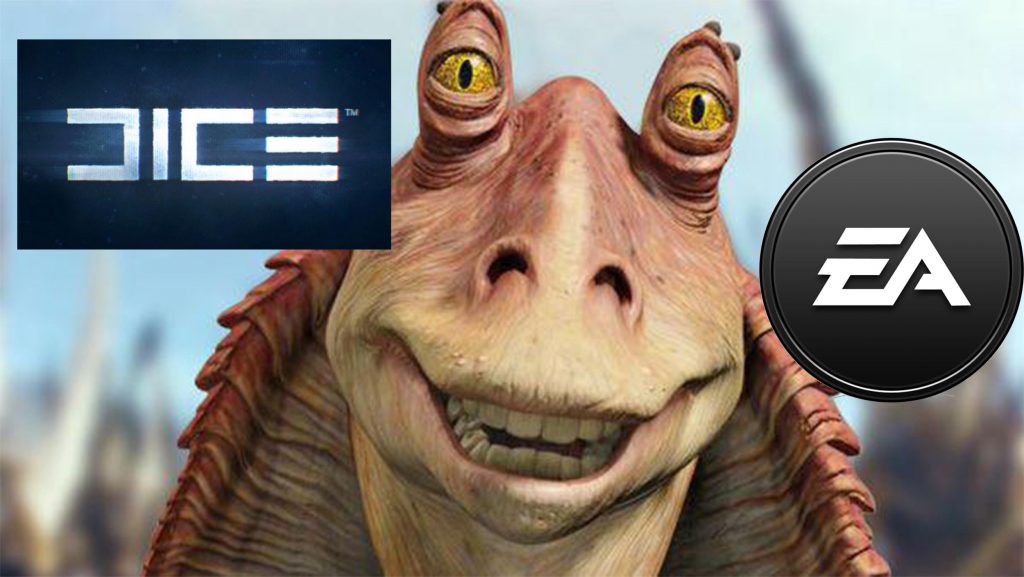 Traditionally, I take Mondays to express my excitement about new and upcoming games and works of art. Unfortunately, this week is very different. This week, I focus on Star Wars: Battlefront, to highlight the looming horrors of this game release.

I was always told that when saying anything I should start with something good, so I’ll do that. Star Wars: Battlefront is absolutely beautiful. So much detail and care has been put into the world that it makes the rest of what I have to say just that much harder. You can tell by the detail of the environments that the DICE team truly loved what they were doing and are very passionate about their work. The character models, ships, and vehicles are all carefully crafted to give the game a genuine Star Wars look and feel.

It’s been a long time since a Star Wars game felt like it was made for the passion of making games, truly from the heart, for the fans. Games such as Republic Commando, Jedi Academy, and of course the original Star Wars: Battlefront series are arguably masterpieces in their own respect.

The launch price of Star Wars: Battlefront is a solid $80 CDN. For that, you would expect a fully-loaded game with amazing content and gameplay. But this is EA Games we’re talking about. EA Games is, to no one’s surprise, once again selling us an astronomically overpriced package. Feel free to check out the announced Season Pass here and enjoy that lovely price right next to it.

And what are you buying for that price? You’re buying a glorified Battlefield 4 expansion. And its Season Pass.

As I reflect on my time in the beta for the new Battlefront, and the game’s release this coming Tuesday, I can say that this is not Star Wars: Battlefront as we know it — it is just Battlefield through and through. And with multiple expansion packs scheduled, a Season Pass that only costs $10 less than the base game and which literally has all the core features you’d expect from the base game, it feels like the shroud of the Dark Side has fallen.

Of course, people will argue “But it’s the times,” or “It’s EA, it’s expected.” When was extorting fans to pay for a full Battlefield game acceptable, or expected?

If it were simply titled Battlefield 4: Space Stuff, I would have accepted it as such and probably enjoyed it. But, as we all know, EA is all about how much they can make off their fanbase. When we look at the launch price of Battlefield 4, we see that Battlefield 4 launched at $59.99 CDN, with a Season Pass cost of $50. When we compare that to the new Star Wars: Battlefront and match it to today’s dollar and exchange rate, it lines up almost exactly.

Beyond the price, labeling this game as Star Wars: Battlefront and setting our expectations as such is what has my jimmies rustled.

Gameplay was simple in concept. You would take on the role of a soldier from one of many different factions such as the Rebels, the Empire, the Republic Clones and the CIS (Confederacy), and engage in glorious combat in one of many different play modes such as Campaign, Instant Action, Assault, Capture the Flag, and Hero Assault. From there you could choose your class, from regular ol’ soldier with a blaster rifle, to a sharpshooter, or, heck, run in as an engineer to fix ships and drop med packs. In Star Wars: Battlefront II, there were even specialty classes like the Republic Jet Trooper, Dark Trooper Phase II, and Wookiee for the Rebels.

Matches were so diverse; all these different classes engaged in combat with literally any way to play, and not to mention the variety of game modes. Players had their choice of planets in Star Wars: Battlefront II — up to 28 playable maps when all was said and done.

We were honestly spoiled. With maps like the battle of Kashyyyk — getting on the ground and stopping the invasion of the CIS, or invading and driving up to the front in a Hailfire droid — it was insane. It was Star Wars, it was beautiful. Hell, even the space battle over Coruscant was Biblical in scale, and a work of art.

Unfortunately, “it’s 2015,” and to ask that a game be complete with all its content in the box is clearly out of the question. The new Battlefront has had 16 levels stripped from the base game and shoved right into the Season Pass DLC. Over 20 new pieces of galactic tech including weapons, vehicles, and Star Cards for both Rebels and Imperials, four heroes. All in upcoming DLC.

Why is it that Star Wars: Battlefront II, heck, even the original Battlefront had all these missing features and more at launch for a singular price? It is simply unethical to be gouging fans of this beloved series for this amount of money.

Let’s compare the new Battlefront and its Season Pass to the other huge FPS launching this fall: Call of Duty: Black Ops III, along with Battlefield 4.

With these numbers, people may argue that the Battlefront Season Pass has the best value. To that, I say that this shows how much EA removed from the game, in order to make you pay more for it.

Continuing with Black Ops III, let’s look at a few fun features it has:

It seems funny and pointless, but sadly, the new Battlefront will lack those three features. No in-game vocal communication, period. EA has told us to use a third-party application to communicate. I mean, that’s fantastic if you’re a PC gamer, where we can use services like Teamspeak and Ventrilo, but what about our console brethren? How are they supposed to talk to their friends, their clan, or hell, their in-game team?

The bottom line is, as a fan, I feel betrayed. This in my opinion is the worst thing to happen to Star Wars since the Christmas Special. I can only hope that I am proven wrong by some legendary gameplay and amazing content.

Let me know what you think in the comments below.

Steve Noel is a Senior Editor for AYBOnline.com, Team lead for Streaming & Video Content & Producer of the Level One Scrubs TalkShow.
When he’s not working behind the desk you’ll find him spending time with his cat “Jeff Bridges“