I Bought Nothing During The Steam Sale, Here’s How 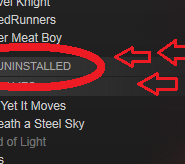 Short column this week. Short like some of them E3 trailers, right, eh, eh, knowmsayin’, etc.

We had the Steam Monster Summer Sale over the last couple of weeks, and I didn’t buy a single damn game.

“How?!” you ask, eyes wide, lit by the guttering embers of what used to be excitement for the 80%-off indie titles you bought. “How did you do this thing?”

Pretty simple two-step process, actually. Let me walk you through it.

1. Create a category for all the games you have uninstalled. Put (most of) your uninstalled games in there.

If I’m not going to be playing a game any time soon, I uninstall it, because having a 250GB hard drive means I have to be pretty ruthless with space.

I end up with a lot of uninstalled games in my Games list, looking like rotten teeth between shining, perfect titles I’ve spent hours in. And that bugs me. I like having a clean interface.

So, I started doing this: 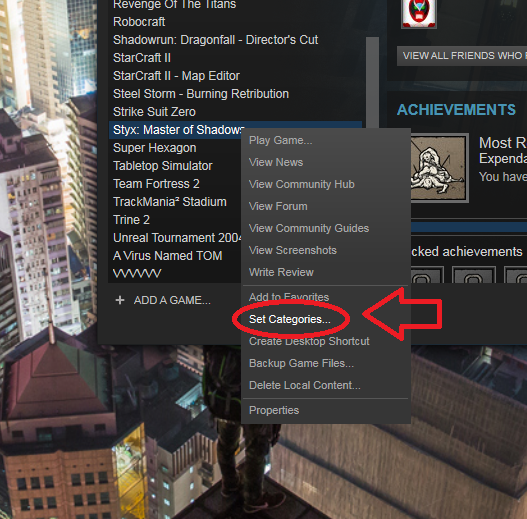 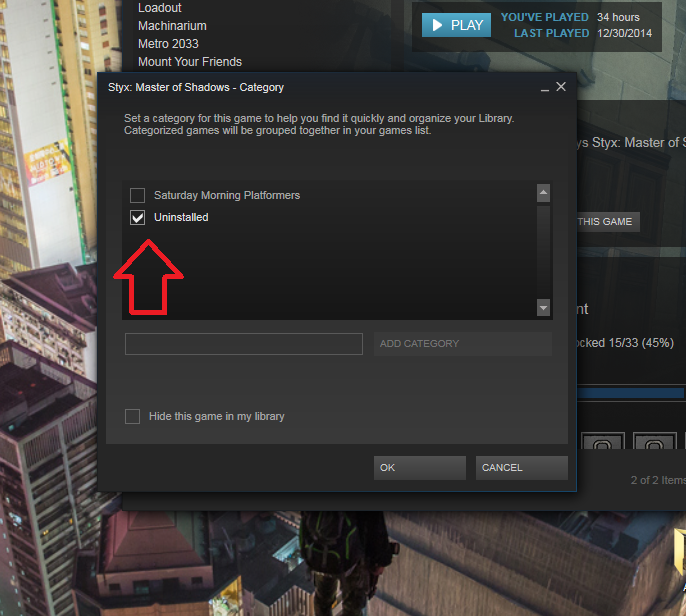 Most uninstalled games go into the “Uninstalled” category. Uninstalled games that I intend to play sometime soon — including Child of Light, Crusader Kings II, and Dishonored, if you’re curious — stay in with the usual games.

2. When you’re tempted by a sale, first look at your uninstalled games. 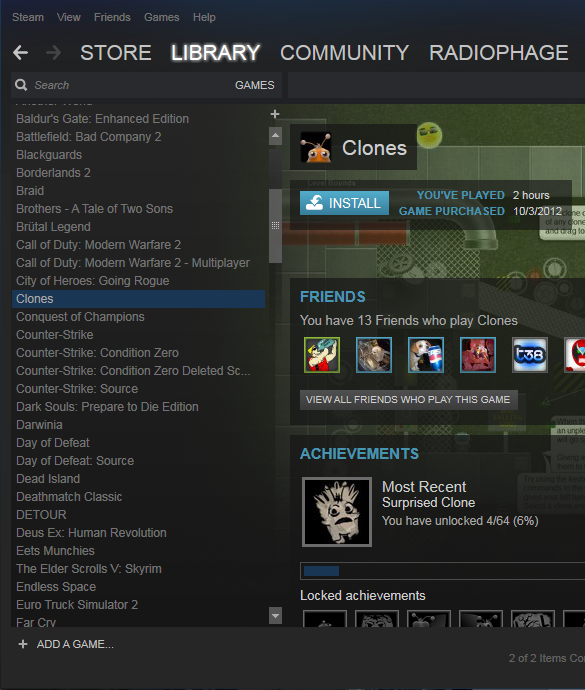 Thousands of developers over more than a decade of PC gaming bled out their blood to keep their dream alive, to keep the dream of gaming alive, to make the games they wanted to see in the world, all so I could buy them for a huge discount because I heard a good thing somewhere and it might be nice to play one or two when I have the time. And now they’re sitting in my metaphorical closet, alone, until one day the servers get turned off.

How dare I? Right? How dare I let their dreams lie fallow. These are works of art, each one.

Some of them were gifted to me, as favours, on a promise that one day I would play them. And I haven’t. 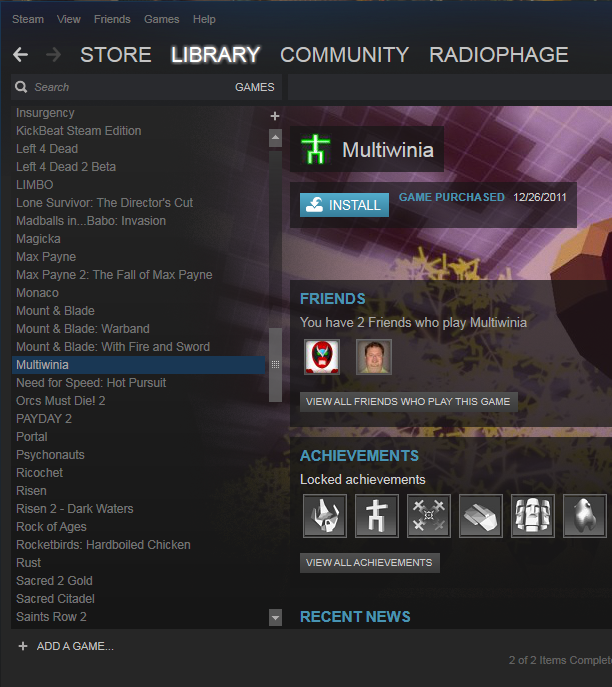 I can’t in good conscience buy another game on impulse, give another dev false hope thinking I’ll experience their art, while letting the rest of this gallery of dusty dreams rot. It’s not right.

So whenever there’s a Huge Seasonal Steam Sale Hide Yo’ Wallets Hide Yo’ Wives happening, and Steam kindly pings me to say a game on my wishlist is OMFG-What-Percent Off, I come and look at this. I look at Child of Light and Crusader Kings II — I promised my friends I’d play them so we’d have something to talk about, and I haven’t — and I tell myself I’ll play one of those instead. Because I will. Right?

And then I go back to fiddling with T10 robots in Robocraft or building Commander decks for Magic or whatever my current obsession is, and maybe once every six months I actually finish a game that’s in my backlog.

And then it’s time for another Huge Seasonal Steam Sale, and the cycle begins anew. But at least now I have this closet of shame to remind me what a mistake temptation is.

That, my friends, is how you buy nothing during a Steam sale.

Jesse Mackenzie is the Managing Editor for aybonline.com. When he’s not being this dark, he can be reached at jessem@aybonline.com. His opinions are his own.