How To Lose Me In An Hour — A Primer

In The Guardian, Ubisoft head Yves Guillemot says the publisher has “learned from the mistakes” made with Watch_Dogs.

I’ll give you all a minute. Let that roll around in your head a little, see how that feels. 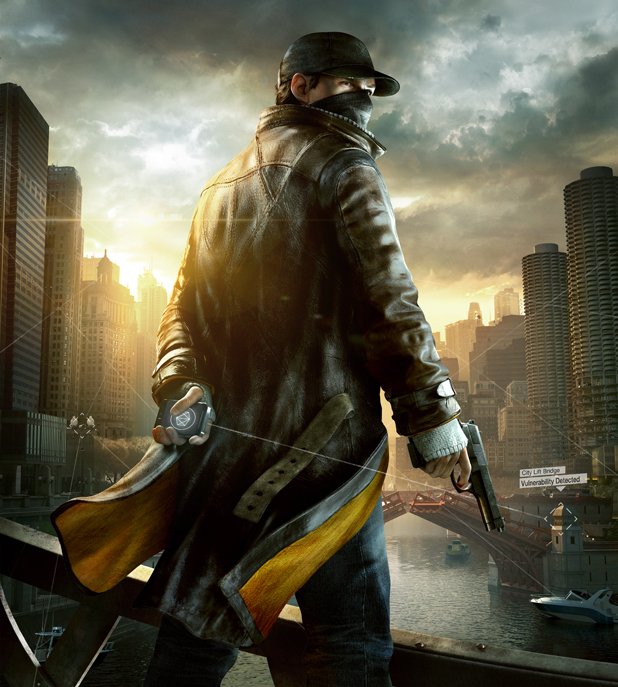 In my opinion, the “mistakes” in Watch_Dogs were not limited to turning the graphics down for our console comrades. The mistakes are in the design of The Ubisoft Game, and it was in Watch_Dogs where I finally saw the Ouroboros of excessively safe AAA game design begin to eat itself.

In the first hour of Watch_Dogs, you guide protagonist Aiden Pearce from delivering a hellacious beating and possibly assassination in the back rooms of a Chicago sportsbuilding, through a deft escape from said Chicago sportsbuilding, to his awful apartment full of carefully-placed pathos, and finally into a tremendously grumbly interaction with his sister. Throughout that hour, this fortysomething avenging uncle feels like nothing so much as a 16-year-old Wal-Mart goth pretending to be a 19-year-old Wal-Mart goth.

I was willing to chalk up Pearce’s awkwardness to deliberate artistic intent — of course he’s an edgelord, he has issues, it’s compelling — but I was not engaged.

And then I stepped out onto a Chicago sidewalk, and I realized that nothing I did mattered.

The skeleton of the Ubisoft Game was laid bare. Ouroboros opens its mouth.

I do not play video games so that I can go to the place and press the button and feel cool. I can do that in real life, with money, every time I go to one of those bars where you order drinks on an iPad.

No, I play video games so I can make interesting decisions at high speed in beautiful environments that guide the course of a compelling, engaging story. So that I can, in fact, think too much. But Watch_Dogs and other The Ubisoft Games do not allow that.

When you put me in control of a walking, talking amalgamation of teenage male Snowden-worshipping wish-fulfillment and then drop me in the middle of a nice, safe Candyland where I can press the button and feel good—and, oh, the cutscenes are over here—I am no longer making interesting decisions in a compelling, engaging story. I am farming self-esteem. Which I can do in real life, with money. By buying other, more challenging games.

If you want to lose me in an hour, pat me on the head and tell me I can go “hack” things.

If you want my attention, rip me apart.

Jesse Mackenzie is the Managing Editor for aybonline.com. His weekly column appears Tuesdays in this space. He can be reached at jessem@aybonline.com, and his opinions are his own.