Hoping for Oculus Rift in 2015? – Get ready disappointment 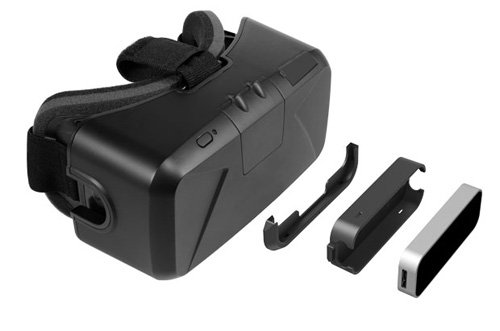 Facebook had their Q1 Earnings Call yesterday, and today speculation about the Oculus Rift release date has run rampant. Many news outlets are reporting that a 2015 release date is unlikely. The source of this speculation comes from the answer to a question posed by a Ben Schachter during the call.

“Mark, does the OpEx guide assume an Oculus product for consumers this calendar year and will the initial products focus on gaming or more on some of the experiences that you showed at F8 around non-gaming, like that Saturday Night Live demo?”

Now this is definitely the question everyone has been asking. Will the Rift CV1 be available this year? Here’s what Facebook CFO, David Wehner, had to say:

“We have not announced any specific plans for shipment volumes in 2015 related to Oculus. I’d just note that Oculus is very much in the development stage, so it’s early to be talking about large shipment volumes, and our expense guidance reflects any volumes that we might do in 2015.”

At some point in 2014 Luckey was quoted as saying that “something would have to go horribly wrong” for the consumer version to not be released in 2015. However when confronted with a question at SXSW, regarding the release which mentioned that quote, the founder changed his tune somewhat.

“I did say [the comment about the 2015 release date] before we made a lot of changes to our roadmap. We’ve expanded a lot of the ambition we had around the product and what we wanted to do.

Us partnering with Facebook has allowed us to do a lot of things we wouldn’t have been able to do otherwise, like hiring 300 people to work on getting the Rift out as quickly as possible to the quality level we wanted to. I can’t comment on the date one way or another, in either direction, but I can say that nothing is going horribly wrong. Everything is going horribly right.”

The news media went in a frenzy of speculation based on those comments. Many stated that the release was unlikely to be this year.

Going back to yesterdays comments from David Wehner, lets break it down a little bit. He starts off by saying “we have not announced any specific plants for shipment volumes in 2015 related to Oculus.”

I find this statement interesting. He didn’t outright deny anything, he simply said that they have made no announcements. This does not mean there won’t be one.

He continues with “I’d just note that Oculus is very much in the development stage, so it’s too early to be talking about large shipment volumes”

Again, not outright denying a 2015 shipment. If there is such a release, availability would be limited. However this does contradict a previous quote from CEO Brendan Iribe of Oculus stating that it mere months away.

Again, reinforcing that 2015 is not off the table completely. The company just really isn’t ready to talk about it yet.

Reading these statements, I can’t help but think about a speculative story that Techradar published last fall regarding rumor of a public beta for 2015 that would see very limited supply, somewhat like what Google did for Glass.

In my opinion this would be the better call. Letting the 2015 release window slip completely would be a big mistake. With the upcoming release of Valve and HTC’s VIVE headset scheduled for fall 2015 (November is rumored but not confirmed), the race for VR is getting heated. Early success will depend heavily on being first to market.

Are you planning to buy a VR headset? If so, which one?

Let us know in the comments below.